Chinese Vampires Turn to Bitcoin Mining; an Illegal Farm Discovered Under a Cemetery 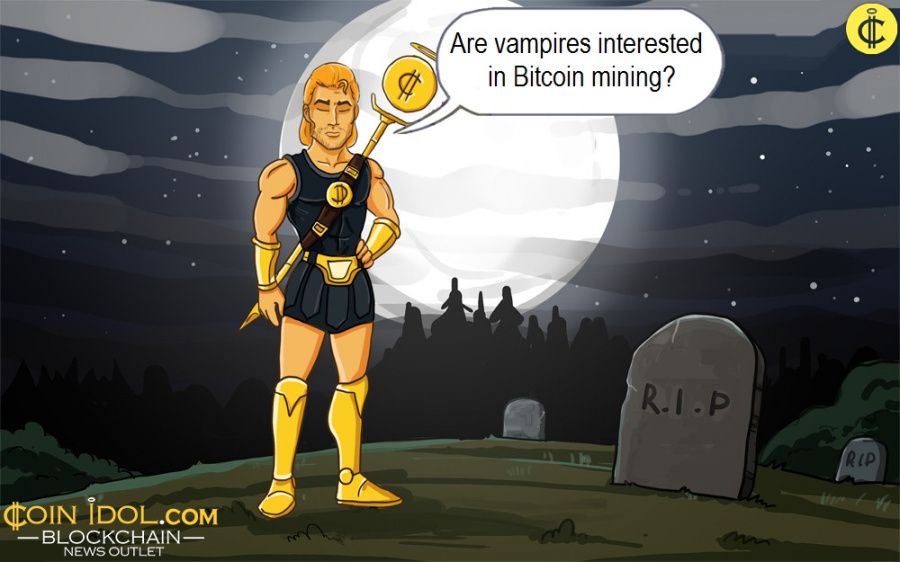 If you ever thought only gold, diamond, or oil were found underneath the ground, you might be wrong in the 21st Century world as recent cases of bitcoin mining have proved that crypto mines equally do well underground. Chinese police have discovered an illegal Bitcoin mining farm beneath a cemetery.

China is the leading mining location

China, a country that has for long marked crypto mining and trading “illegal” is surprisingly the world’s largest Bitcoin miner, with dominance over more than 65% of the total bitcoin network hashrate. But still, the government and crypto community have been on a longstanding tension over illegal crypto activities.

According to coinIdol.com, a world blockchain news outlet, in July 2019, the Chinese Police confiscated over 4,000 bitcoin mining computers in the eastern Chinese city of Zhejiang, while a school headmaster lost his job after he was dragged to prison over the same when authorities found out he had illegally installed mining devices in school premises.

China, according to research, has lost electricity worth more than $3m to illegal cryptocurrency mining and the government has launched several operations to discover illegal mining farms in the past.

There seems to be a sense in the narrative that bitcoin is gold. As in the case with gold mines, bitcoin farms are now found underground. Funny, right? A new illegal bitcoin mining report from Heilongjiang Province now involves miners burying themselves under a local cemetery. What a great place to mine cryptocurrency! Or, maybe, the miners are vampires avoiding sunlight and other people? Although it's unclear why a vampire needs bitcoins in the first place.

The good thing about this is that the Chinese Police was not scared by such an extraordinary location making bitcoins. After it discovered a well-stocked bitcoin mining den that impounded 6 bitcoin mining rigs, it confiscated the equipment and put the farm operators behind bars. Well, justice is justice… even for electricity vampires.

As in the previous illegal mining cases, electricity consumption drastically went up, leading to a suspicion of illegal crypto activity. After carefully digging around the cemetery, the Police discovered an entrance to the buried bitcoin mining kennel.

Although China constantly cracks down on the lucrative but “illegal” crypto mining, the Chinese have always found a way out. The country continues to lead in bitcoin mining. With the recent government support for cryptocurrencies, mining and other crypto-related activities are expected to boom.