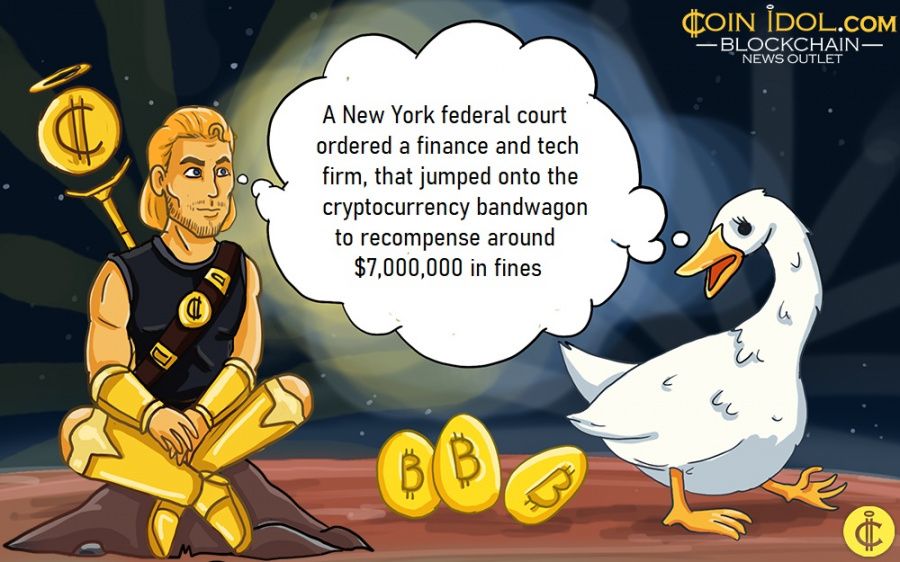 Longfin Corp., a NASDAQ-listed independent finance and tech firm, that unexpectedly jumped onto the cryptocurrency bandwagon with the aim of benefiting from the bitcoin (BTC) bull run that happened in December 2017, was recently ordered by a New York federal court to recompense around $7,000,000 in fines and disgorgement for fake operations, as per a U.S. SEC report issued on Sept 30.

Considering the downs and ups the company has been facing in these two years of operation, Longfin’s digital currency escapade has eventually reached a miserable end as the Securities and Exchange Commission (U.S. SEC), an agency responsible for regulating electronic securities markets, disclosed in a media statement that the company is guilty according to the court findings, and because of that, it is demanded to pay bulky penalties for their transgressions and crimes committed.

Giving No Space for Fraud Businesses

Last week on Thursday September 26, Hon Denise L. Cote, a Senior U.S. District Judge in New York (NY) ruled against Longfin, and legally requested the company to pay more than $3,532K in disgorgement of all the money and resources accumulated through its Regulation A+ contribution (offering) of the magical year 2017.

Furthermore, the other responsible financial watchdogs have instructed the company and its CEO, Mr. Venkata S. Meenavalli to pay extra $3,244K in civil money fines. The U.S. SEC has further directed that it considers creating a transparent fund in charge of allocating all the funds and resources which will be raised from the litigant to affected venture capitalists.

Particularly, the effort in the beginning seemed to be a revolutionary plot for Longfin, as its market cap (MC) rapidly surged by over 2,000% just after the proclamation. Nevertheless, everything began to run-down in April 2018, when the U.S. SEC long-established that its law implementation division had rolled out serious inquiries into the practices of the Longfin.

In June this year, the U.S. SEC allegedly smacked scam charges on former Longfin Chairman Meenavalli and other 3 allies for purportedly faking the firm’s revenue in an attempt to get included on the Nasdaq Stock Market, the world’s second stock exchange by MC of shares traded.

Similarly, the authority issued another proclamation on Monday this week, as it agreed with Block.one, an open-source software publisher offering end-to-end solutions to bring dealings onto the blockchain, to reimburse around $24 million in fines for carrying out an unlicensed ICO.

The agency indicated that Block.one managed to raise billions of dollars and refused to register its initial coin offerings as a securities offering in accordance with the country’s federal securities laws. The EOS mother company never qualified for any immunity or exemption from the requirements needed to be registered and licensed.