University of Cambridge to Offer Blockchain Courses in Masters Programme 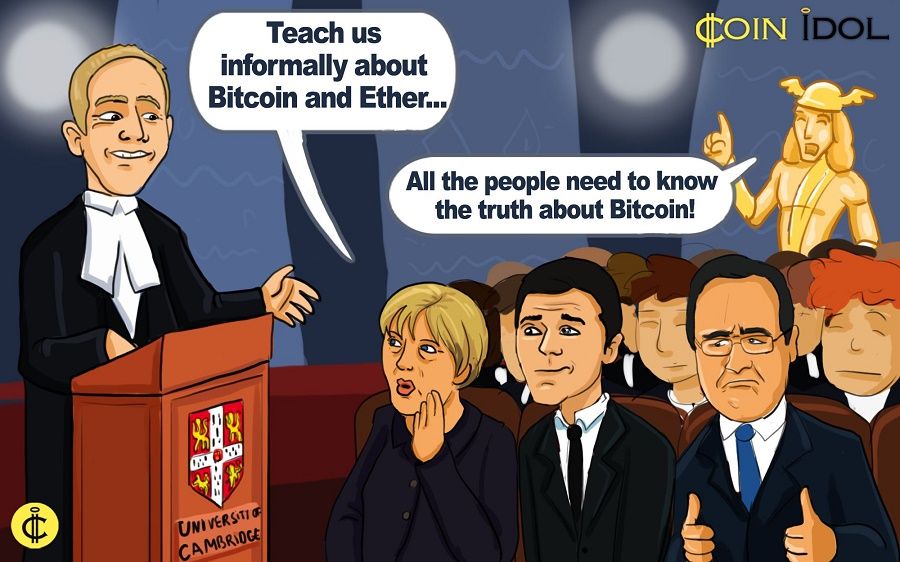 The University of Cambridge announced plans to add Blockchain and digital currencies education courses to the university’s master of finance programme this summer.

“For more than two years, I have seen ‘tremendous’ interest from companies wanting to learn more about the blockchain. I have been called in to teach executives informally about Bitcoin and other virtual currencies such as Ether, and more recently, blockchain.”

According to the announcement, students will also learn about P2P lending, crowdfunding, alternative investments and new forms of credit analytics.

Tags
Blockchain Cambridge University Finance Digital currency Education Bitcoin Companies
Most Popular
Mar 08, 2021 at 14:34
News
Not Only Bitcoin: the NBA Stars Adopt Dogecoin Following the Flagship Cryptocurrency
Mar 08, 2021 at 13:37
News
Bitcoin Struggles To Break the Overhead Resistance at $52,000 as Buyers Continue Their Unending Price Tussle
Mar 08, 2021 at 10:20
News
Polkadot Sustains Recent Rallies, May Attempt Breakout at Recent High
Mar 07, 2021 at 11:30
News
Blockchain and Cryptocurrency Industry is Becoming Emancipated as the Number of Women in It Is Growing
Mar 07, 2021 at 09:18
News
Chainlink Declines as It Continues to Face Rejection from Previous Highs
More