Under the Impact of Facebook Privacy Crisis, Can String Chain Turn a New Page of Social Networks? 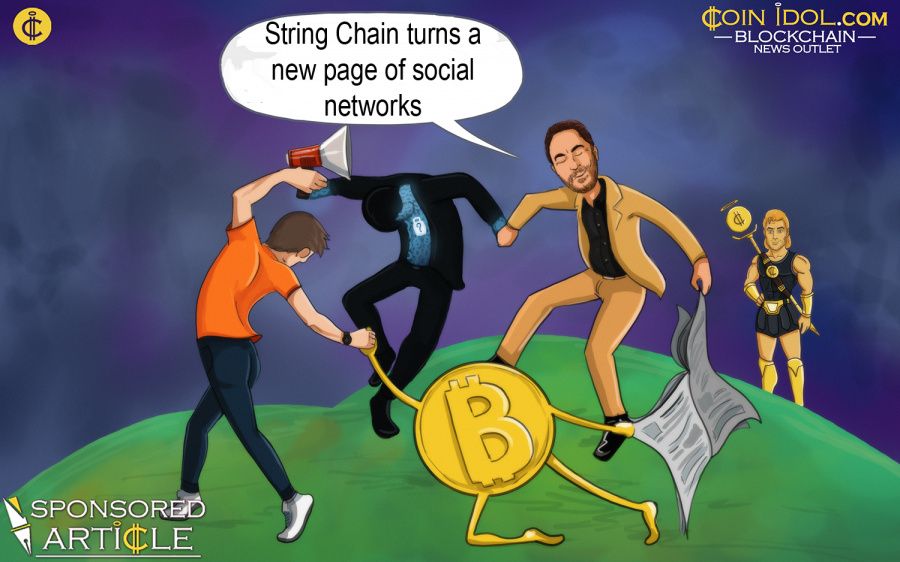 Facebook’s share price finally bounced back a bit when Mark Zuckerberg, the young billionaire, was being questioned at a congressional hearing. However, the market recovery and the testimony of the hearing did not quell the worldwide doubts about Facebook’s massive privacy disclosure. It is almost impossible to rebuild trust once it collapses.

“The Original Sin” of Social Networks

Facebook, the world’s top IT company, leaked the privacy information of tens of millions of users to third-party organizations, who then even used such data to affect the US election. It is surprising that such a sensational event took place in one of the most technologically advanced countries in contemporary world.

If the social platform is monopolized by one or a few companies that make profit out of advertising, they will inevitably extract the users’ value to an extreme. The user's private information, personal work, social relationships, etc. will all turn into the platform's resources and be sold to the third-party organizations with the highest bid. Driven by interests, it is almost impossible to have an effective regulatory mechanism to prevent such conduct. As long as profits are attractive enough, social networking platforms will use various resources to counteract and even directly affect the policy. This is “the original sin” of the traditional social networking platform.

It's time to change it all.

There are many inherent flaws in the centralized business model, especially in social media platforms. Centralized social networks are in essence highly profit-oriented, ignoring the interests and needs of the general public. A large number of resources and power are in the hands of platform controllers and a small number of head users (KOLs). Obviously, such phenomena are extremely unfair and highly risky.

When the Facebook privacy crisis erupted, people spontaneously think of blockchain and decentralization as ultimate solution to such problem. String Chain emerges exactly out of such demands. The emergence of String Chain marks the beginning of the transition of traditional centralized model to decentralized social network, which also marks first step in the self-salvation of social networking.

The Core of String Chain, Blockchain as the Breakthrough in Social Networks Transformation

String Chain is a project based on the infrastructure development of ONT (Ontology Network), using blockchain technology to provide problem-solutions and algorithm optimization to social media platforms.

Compared with traditional social platforms (such as Facebook), the prospective ecology of String Chain has some prominent features:

1. User privacy. As mentioned above, traditional centralized social networks are highly profit-oriented. They certainly not value the privacy rights of users, on the contrary, they will turn users’ private data into its own advantages to obtain profits. Social giants like Facebook use unreasonable incentives to force users to abandon their privacy rights, which is typical of centralized platforms. For example, the terms in which private data can be freely used by social media are often hidden in user agreements which contain several hundred pages. When users register, they automatically check the default option of “agreeing the terms”.

String Chain ecology is able to solve this. From the very beginning, String Chain returned full control of privacy data to each user. Users can decide for themselves to which institutions and which objects their core private information display, and they are able to control and adjust privacy-related authorization at any time. Since there is no centralized profit-making organization, there is no such giants as Facebook which are powerful enough to control the lifeblood of the platform to force users to surrender their privacy. String Chain stifled the possibility of privacy extortion in the cradle.

2. Authentication. Faced with a wide variety of social platforms, users have long had to repeatedly fill in registration and login information, with account data kept separately. Users generally expect that different platforms be familiar with their own habits, however, different social networking companies in the traditional business model are opposed to such practice, which means that it is almost impossible for users to enjoy the convenience of user behaviors recording.

In String Chain ecology, String Chain will function as the infrastructure, recording user's identity information and behavioral habits data. When different social networks are linked to the ecosystem, they can directly read the underlying identity-related content on the premise of the user's permission, ranging from basic nicknames, profile pictures to hobbies, browsing habits, social preferences, etc. The combination of user behaviors in different social platforms will eventually draw accurate digital portraits that can be applied directly on the new platform with permission.

The key point is that the decentralized nature of String Chain makes it impossible for service providers in the ecosystem to treat such data as their own private property. This is the fundamental guarantee for the common use of users’ identity portraits.

3. Behavioral incentives. In traditional social networks, countless users have generated immense value stream through daily activities, communication, and creation. These values ​​are completely exploited by the social platforms and a small number of head users. Facebook users go online actively for hours, post a lot of information and watch many advertisements, but they don't make any profit out of such behaviors. Many online Q&A communities and authoring platforms have countless valuable answers and works, however, the creators hardly get any reasonable return. This phenomenon is indeed a mockery of the knowledge-based economy, which even hinders the productivity improvement of the entire society.

String Chain builds up an economic system to solve this problem. Applications in String Chain ecology can have their own scoring system to encourage user interaction and creation, with the incentives being member points, likes and browsing points, etc.

In the application, String Chain provides a token called SCT to convert those bonus points into actual economic profits. SCT can be converted into other virtual currencies and legal currencies, which makes it a bridge between virtual incentives and practical interests. Different kinds of bonus points accumulated by users in various communities can now be easily transformed into practical profits through SCT, which is a major step forward in social networking and is of great significance. Under such mechanism, "paying for knowledge" can truly become a reality, and users can truly get rewards from their daily contributions and no longer be exploited by the platform and head users.

These three major advantages above are the trump cards of String Chain, which will surely become the fundamental requirements for next-generation social networks. In the face of these advantages, the traditional social networking model will eventually lose its role and be completely replaced by new business models.

Prospects for String Chains, Stepping Towards the Next-Generation Social Networks

Currently, String Chain has completed infrastructure and ecosystem design, and it is going well with the research and development process, which will launch its first social application soon. String Chain team hoped that by 2020, String Chain will become the technical benchmark and underlying foundation for many social platforms, promoting the gradual decentralization of the entire industry.

The traditional social networking model has long deviated from the right track, and the crisis of companies such as Facebook is a precursor to the collapse of the old system. The world needs a new generation of social networks. String Chain, the pioneer of blockchain technology and decentralized blockchain platform, has an incredibly bright future ahead of it.