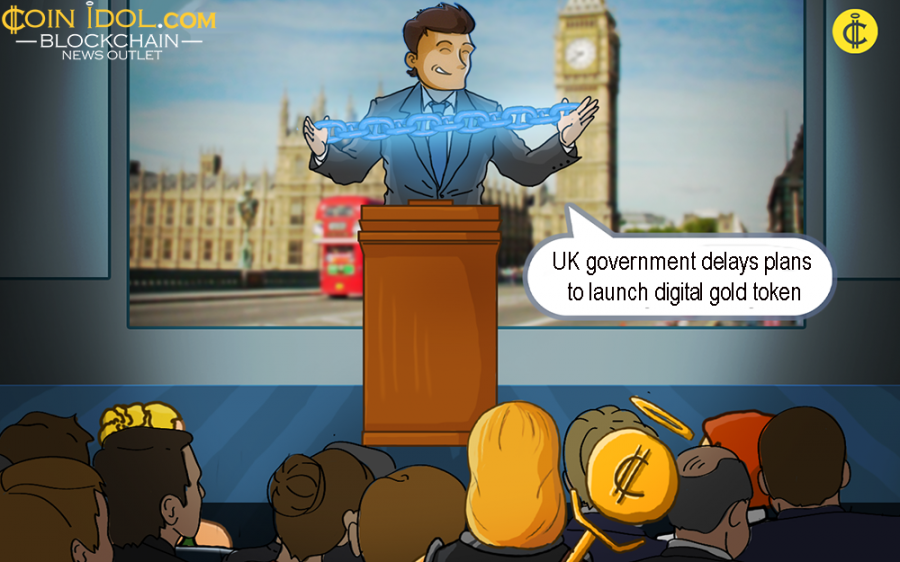 Report from Reuters, shows that the plans didn't proceed after a partnership with North American CME Group was unsuccessful with the British government vetoing the proposal to allow the tokens to be sold and bought on a crypto exchange.

The digital gold token, known as Royal Mint Gold (RMG), may not continue after the Thursday, October 25 proclamations.

Chance Only Knocks Once

If at all the deal was successful, it was going to be the first time a government from a developed nation was involved with a digital currency exchange.

It appears, however - as the Royal Mint is indeed a government-owned firm - that the British government is demurring on being involved in the widely unregulated sector of digital currencies.

Royal Mint Gold was planned to become a gold-backed token, and each RMG token would be valued using a certain equivalent gram of gold at the Royal Mint. The firm had big plans to officially issue RMG tokens of around $1 billion on digital currency trading platform operated by CME Group. Nevertheless, when the set date and time in autumn of last year was approaching, the CME Group chose to whip out.

A Big Risk to Reputation

One of Reuters trusted sources elaborated that:

"CME's management changed, and they walked away, didn't want to get involved."

The Royal Mint also purportedly attempted to save the project by taking a look at other major exchanges to collaborate with. The project was ultimately withdrawn earlier this year by Britain's finance minister, claiming that it would be a giant risk for the name of both the Royal Mint and the British government.