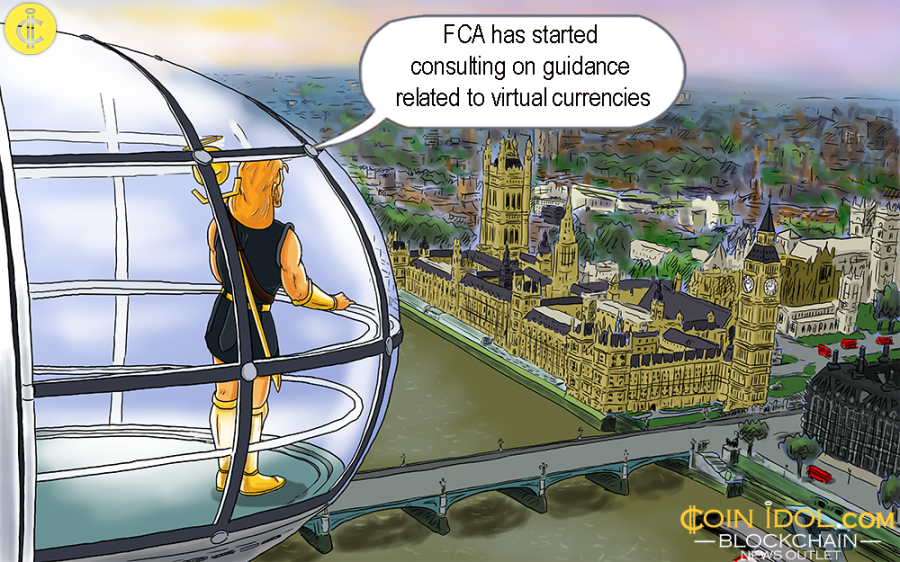 The Financial Conduct Authority (FCA), an autonomous financial watchdog in the U.K, has started consulting on guidance related to virtual currencies, as per a Wednesday, January 23, official release.

The financial regulatory body plans to provide companies with significant clarity and understanding associated with crypto operations to guarantee that these entities abide by regulations and protect users. The consultation is a reaction to several requests originating from both the financial industry and HM Treasury’s Crypto Taskforce seeking more guidance.

Even though the FCA claims that the number of digital currency investors is “relatively” low,  it thinks it needs to handle the damage from cryptocurrencies and promote innovation in the interest of users.

"This is a small but growing market and we want both industry and consumers to be clear what is regulated, and what isn't."

He added that this is important if users are to understand what protections they will profit from and for having a properly functioning market.

The FCA also released a consultation document and is seeking for the feedback from potential users as well as companies. The consultation time will last for only 70 days since the deadline date is on April 5, 2019. A policy statement will, therefore, be created by the FCA in summer this year.

Also in 2019, the FCA wants to consult on prohibiting the sale of derivatives connected to particular kinds of digital currencies to retail investors.

The FCA has produced virtual currency-related guidance previously. On Monday, June 11, last year, the FCA released an open letter to United Kingdom bank CEOs counselling them to take sensible and harmonious measures to decrease the risk of their companies aiding financial crimes that are enabled by digital currencies.

Generally, the FCA is suspicious of digital currencies, declaring that users should be timid and be ready to lose their funds.

In November 2018, Coinidol reported that the FCA was ready to issue new cryptocurrency rules to guide the industry.

"We want to take the time to look at that in a bit more depth and make sure we take a proportionate approach," said Gillian Dorner, deputy director for financial services at Britain's finance ministry.