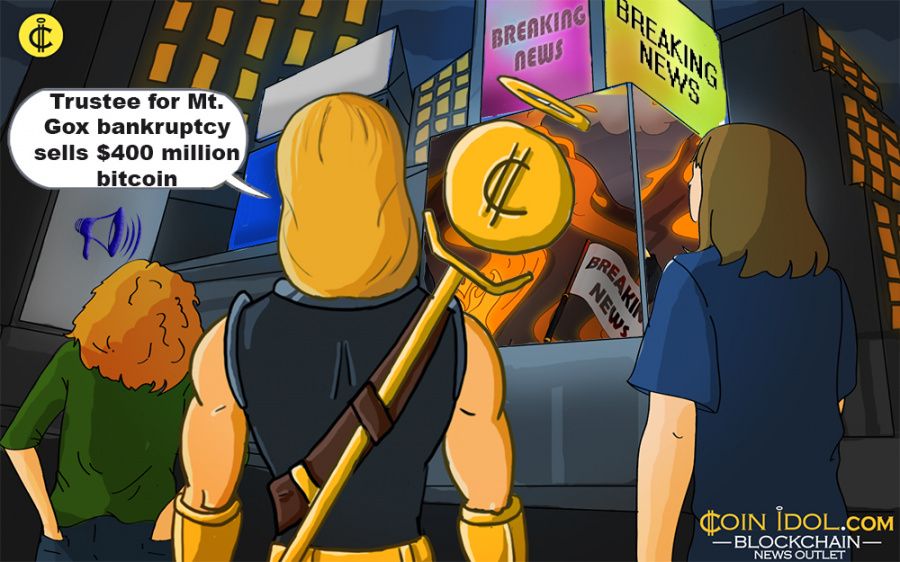 In a new development regarding the high-profile Mt. Gox Bitcoin theft, Tokyo lawyer and trustee for the failed Bitcoin exchange, Nobuaki Kobayashi, has sold over $400 million dollars of Bitcoin and Bitcoin Cash since 2017 to appease the creditors who lost it all.

The Mt. Gox exchange was once a highly regarded place to trade Bitcoin and was touted as the biggest exchange globally, but in 2014, that all changed abruptly when between 750,000 – 850,000 Bitcoins ($500 million) were stolen affecting 25,000 investors. The amount recovered after suspected hackers stole the Bitcoin was 200,000 Bitcoin.

A new announcement today in the Tokyo District Court revealed that Kobayashi, who is in charge of the Mt. Gox creditors’ claims investigation, sold $406.6 million (JPY 42,988,044,343) in Bitcoin Cash with the intent to reimburse creditors. It was the 10th meeting of creditors in Tokyo. The Trustee raised nearly 90% of cash which came from the sale of Bitcoin and Bitcoin cash that has risen in value compared to when the Mt. Gox theft occurred.

The reserves for the bankruptcy estate are at 166,344.35 Bitcoin which is approximately $1.7 billion dollars as well as $197 million dollars of Bitcoin Cash. Since 2014, Bitcoin has risen to new heights and is now worth more than it was in 2014.

Kobayashi agreed to the sale citing it was “necessary and reasonable” to do so in order to distribute the resources to creditors. The timing of the sale was important due to the wildly fluctuating Bitcoin price trend. He explained, “I made the efforts to sell BTC and BCC at as high a price as possible in light of the market price of BTC and BCC at the timing of the sale.” For example, the sale price of the 35,000 Bitcoin is approximately $10,100.

Kobayashi’s report indicated that more liquidations may occur in the future but that will depend on the result of his collaboration with the bankruptcy court. “I plan to consult with the court and determine further sale of BTC and BCC,” he clarified.

Just as the cryptocurrency movement was gaining momentum, this massive theft from one of the biggest Bitcoin exchanges in the world occurred. Not only did it send a warning to investors who had Bitcoin stored on other exchanges, it was a wake-up call to exchanges that had less than stellar security and protection.

Then there were other issues that Mt. Gox had, in particular, they limited the amount of Bitcoin withdrawals in early February 2013 even though users could still trade Bitcoins to other currencies within their own accounts. Conversely, withdrawing their purchases to spend outside of the site was a different story. Due to these restrictions and lack of fluidity, the price of Bitcoin on Mt. Gox became disengaged compared to the wider Bitcoin market. But when the cold storage at Mt. Gox was gone, the whole exchange collapsed.

It was a lesson to other exchanges, especially the big ones with large investments and many investors accessing the exchanges, that high-level security is the key to running and maintaining a successful exchange. Just as central banks provide protection for depositors, exchanges must make security and protection a priority. Though Bitcoin still has long-term issues like transaction speed, price fluctuations, volatility, and ease of use for the average investor, those pale in comparison to the issue of reassuring depositors that their funds are safe.

Regardless, the cryptocurrency movement continues to evolve as public demand is still high, increasing, and not slowing down anytime soon no matter how hackers influence it. Withstanding this evolution, solutions will also progress, and the Mt. Gox heist will remain a footnote in the history of this fast-paced cryptocurrency revolution.