Tokenization and How It Is Already Shaping The Future 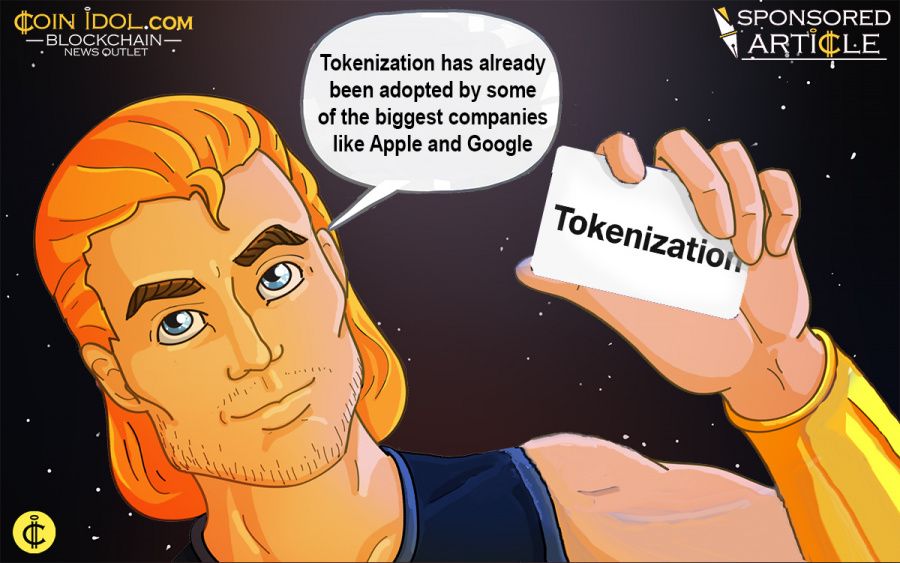 One-click payments, virtual cards and digital currencies are steadily becoming commonplace in our society, but are we worried at all about the security of our sensitive information?

Most of us understand that companies use encryption to store large databases of valuable information, but how is our individual card information stored that we readily take advantage of every day? Most often the case is; tokenization.

By broad definition tokenization is the act of replacing data with a token. Many industries, such as the data security industry, have adopted this technique to mask sensitive data with a non-sensitive token equivalent.

For example, visa tokenization has occurred by providing a token to resemble the 16-digit number on every card. Even if someone got hold of the token, they would not know its meaning or value.

It is important that the token cannot represent or provide insights into the original data, to ensure anonymity and privacy by simply acting as a placeholder. This is called Vaultless Tokenization.

When there is zero relationship between the token and the information being hidden. Cannot be de-tokenized.

The act of unraveling what’s behind the token to reveal the sensitive information. Similar to how encrypted information is decrypted.

To start, encryption only transforms regular text or numbers into an undecipherable format called ciphertext. Tokenization on the other hand diverts away from the original sensitive data through a token offering security via anonymity.

Secondly, tokenization means the original sensitive information never leaves the hands of the owner, only the token does. Encrypted data on the other hand leaves the organization, simply encrypted.

However, one of the main benefits of encryption is for large-volume security as only a singular encryption key is required. Tokenization would not be used in a case like this. Finally; encryption vs tokenization may not be a fair comparison as ultimately they do not serve the same purpose.

Tokenization has already been adopted by some of the biggest companies like Apple and Google. These companies utilize the most common form of tokenization; A token offering access to mobile payments through apps like Google Pay.

This means millions of people are utilizing tokenization technology everyday to avoid having to use a physical card. Lets see how it works:

The consumer will have their card details saved on the Google Pay app. When they go to pay for a product or a service in the real world and tap their card a series of transactions will occur.

These steps are all happening behind the scenes to keep your information safe from third parties. The token created for you will be different at each shop; but will remain consistent when you next pay there.

Ultimately this means that the shop can keep a track of your payments through your token without having access to any sensitive information.

Tokenization also comes in several forms. For example, utility tokens, which can be used on commodity blockchains such as Ethereum grant users access to the services on a platform; often used in the crypto-sphere.

Tokenization occurs all around the crypto landscape. A Security Token Offering (STO) may occur when a new token is launched on a blockchain. These tokens are asset tokens. The real tokenization occurs when real-world assets are tokenized.

For example: A cryptocurrency stablecoin is using tokenization by tethering one of their stablecoins to the US dollar, or the price of gold.

Other more niche uses include the tokenization of artwork. A piece of artwork can be split into hundreds or thousands of smaller chunks individually bought. Often these artworks are securely stored away in banks or vaults but many people own a chunk. There are other commodity backed tokenized assets among which can be oil and gas, silver and other precious metals.

Will we see even more tokenization in the future, such as mass real-estate tokenization? As tokenization emerges as one of the go-to methods of data security over encryption, more and more adoption will come and more processes in our everyday life will continue to be tokenized to keep our sensitive data secure and private, away from prying eyes.