Therapy: Cryptos Can Bring Economic Stability to the UK After Brexit 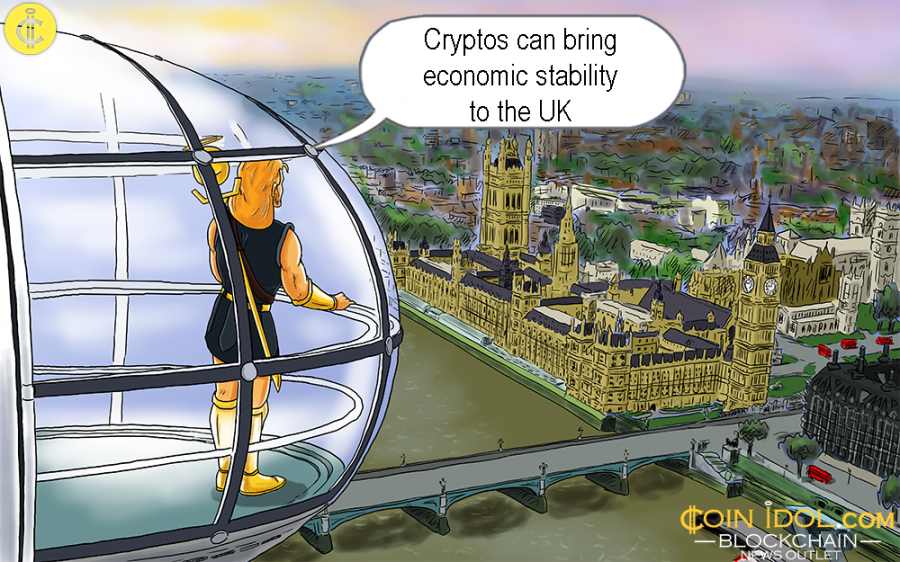 Crypto community calls for UK businesses to adopt digital currencies to ease the instability of Brexit. Cryptos are a secure option to usual currencies that are registering rising conventional adoption from both major financial institutions and consumers.

According to history, when people lost a lot of confidence and trust in a currency they have pointed their eyes to gold as a safe haven. Today, as the UK considers exiting the European Union, investors and businesses alike are turning to cryptocurrencies as an option to give stability.

Why Crypto’s Not a Normal Currency

Cryptos have several key advantages over usual currencies. They aren't geared by central bankers with political minds and agendas. The stability of digital currencies radiates from the smooth and transparent method used to hold and trade them. Every individual transaction is properly recorded on a ledger which is open and verifiable.

Experienced economists are anticipating that Brexit will have far stretching consequences. A run on the Pound if highly feared; something that would see foreign investors rushing to sell off sterling and sterling assets, in the process pushing down the value of the currency. Business investment is probably going to suffer in the fallout, with great nationals coming up with contingency plans and ideas to move operations to mainland Europe should Britain exit the single market without a deal.

The Answer Is Here

In many regions which have experienced major economic instability, cryptocurrency has been one major part of the solution. In Africa, several countries such as Nigeria, Zimbabwe and Uganda, have capitalised on mobile money solutions, specifically cryptocurrency, to carry out transactions. Nevertheless, this isn't just allocated for undeveloped regions: In early May, South Africa's initial crypto ATM opened in Johannesburg, exposing the level to which it has become part of day to day life in the country's largest city.

Goldman Sachs and several trusted Swiss Banks, have been quickly developing their crypto offerings. Goldman Sachs has also developed their own currency, the Circle USD Coin, even if its value is related and tied to the dollar. This represents a major trust in Cryptos and Blockchain as a more stable method to keep and transfer wealth. Similarly, world consultancy firm EY lately enlarged its Blockchain strategy with the acquisition of the Crypto-Asset Accounting and Tax (CAAT) technologies created by iCed wistfulness.