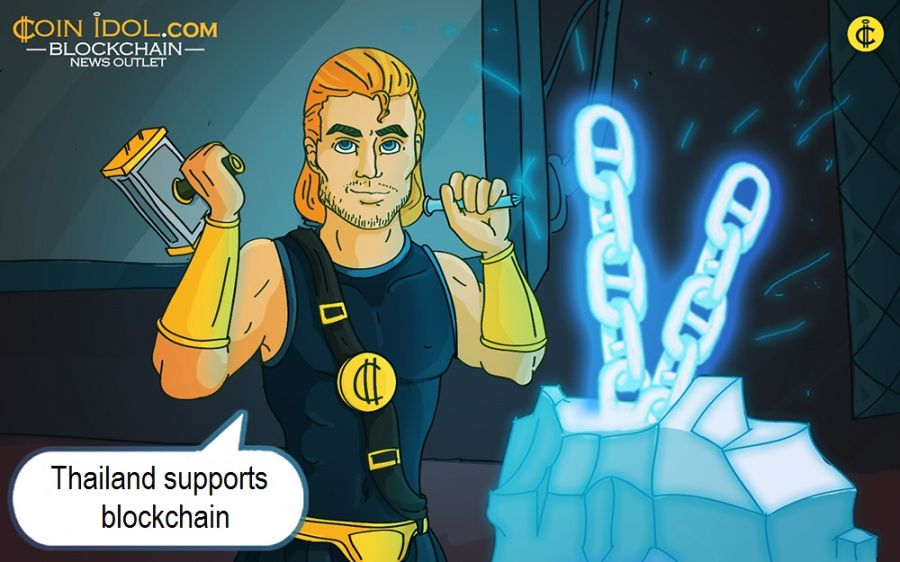 Thailand, the world’s 3rd largest producer of palm oil is very determined to stand up for its palm oil sector both for global food security and energy supply reasons. The southeast Asian country, since joining the palm oil sector in 1969 has seen a surge in production, with the total hectarage now at least a million each year.

Research has pointed Thailand’s rapid growth in palm oil production to its open market policy and favourable government policies. The government has been focusing more on the Roundtable on Sustainable Palm Oil (RSPO) concept that sets standards to be met by palm oil growers while adhering to sustainability.

The country is looking for ways of streamlining payments and taxation within the industry to feature speed, transparency, and accuracy.

Although Thailand appears to regulate the use of cryptocurrencies in the country, it instead embraces blockchain. In the past, the country has passed policies in favour of blockchain technology development. For instance, the National Electronics & Computer Technology Center (NECTEC) of Thailand in 2019, according to a report by Coinidol.com, a world blockchain news outlet, created a Distributed Ledger Technology (DLT) voting system.

In the same year, Thailand Securities and Exchange Commission’s (SEC) approved the first Initial Coin Offering (ICO) platform for startups to sell their digital coins, a step forward to its digitalization and tokenization attempts.

Blockchain technology to simplify taxation in the oil industry

Thailand is currently charging a 7% VAT on the sale of goods and services in the country. However, the Excise Department has voiced concerns over domestic palm oil traders claiming tax waivers for palm oil export and yet selling their products locally.

The Thai government is now in collaboration with local palm oil growers to develop a blockchain-driven system slated for launch in June to speed up the tax refund process for palm oil exporters, replacing the traditional paper-based and bureaucratic system. The government also thinks that a blockchain tax system would do away with tax frauds usually committed by dealers in palm oil.