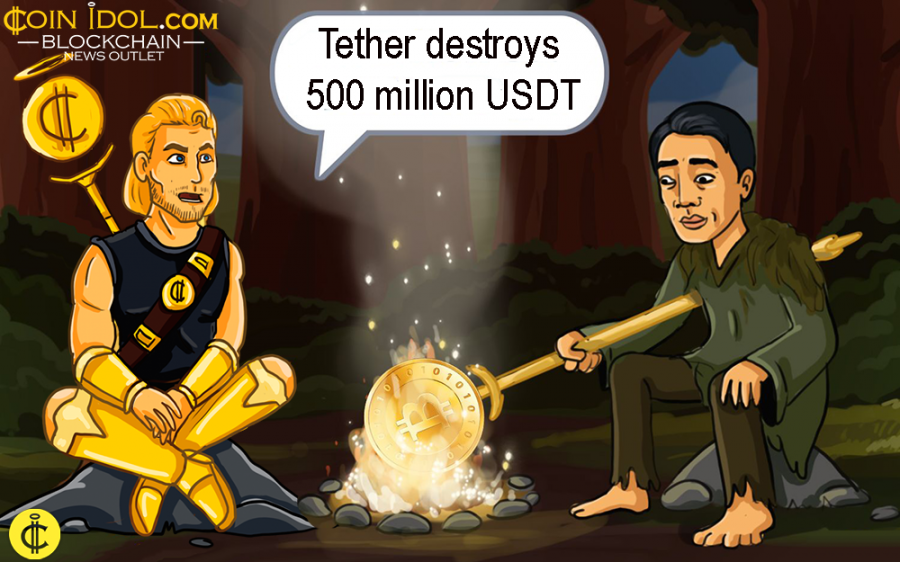 Tether Limited, the issuer of the USDT digital currency, has destroyed 500 million units of the embattled stablecoin.

DLT data shows that earlier on Wednesday October 24, the company transferred approx 500 million USDT to this address, which the company's website shows is the formal USDT issuing address. Instantly after that transaction's confirmation, the issuing address reneged the tokens, unstaying them circulation and totally ruining them.

The Big Plunge of USDT

USDT's market cap has dropped this month, mainly due to the fact that crypto token holders have repurchased almost 800 million USDT since October began. Following these known redemptions done, almost 1 billion crypto tokens were in their treasury, though out of circulation. At press time, the treasury held around 467 million USDT.

At 17:29 UTC, Tether officially published an important statement ratifying that tokens have been completely destroyed:

“Over the course of the last week, Tether has redeemed a big amount of USDT from the circulating supply of tokens. In line with this, Tether will completely destroy 500 million USDT from the Tether treasury wallet and will only leave the remaining USDT in the wallet as a preparatory measures for future USDT issuances.”