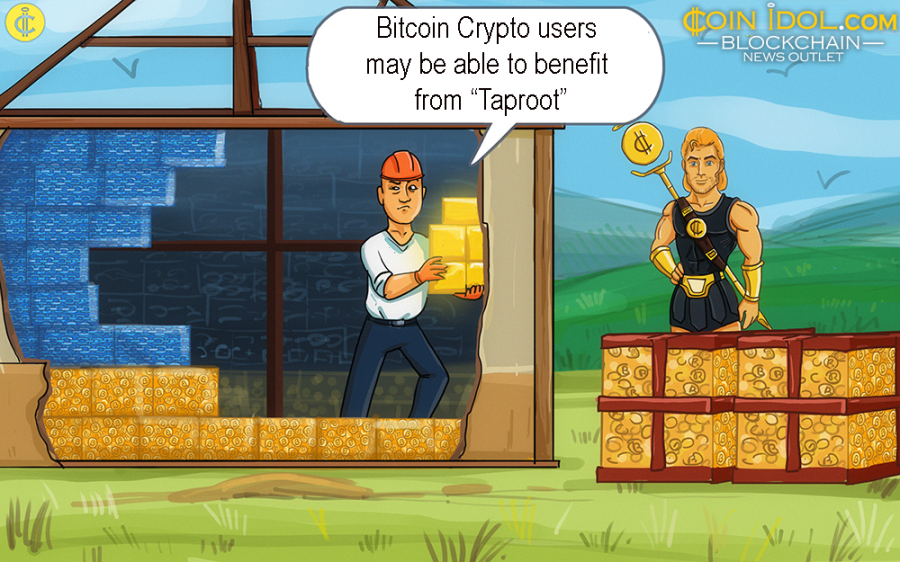 The overall insight of Bitcoin’s privacy has changed in the direction of more emphasis on advancing it as the market for privacy-oriented digital currencies propagates, and increasing attack vectors for deanonymizing customers are exposed. Bitcoin Crypto users at large may, very soon, be able to benefit from a new trick popularly known as “Taproot.”

Ranging from the Dandelion project to Chaumian CoinJoins, plenty of initiatives are underway to improve the privacy guarantees of Bitcoin (BTC).

Being a significant enterprise, this is not simply a theory. Many of the most productive Bitcoin Core contributors and developers such as Jonas Nick, Pieter Wuille, Rusty Russell, Anthony Towns, Johnson Lau, Andrew Poelstra, Tim Ruffing, Gregory Maxwell and many more, are tirelessly working on a Schnorr signature proposal which would involve Taproot, all in one protocol improvement.

Generally, one important privacy windfall for the legacy digital currency, called Taproot, is largely anticipated for inclusion into the protocol after the incorporation of Schnorr Signatures, which are highly needed as a significant basis for its execution.

The more advanced upgrade concurs with many other suggested initiatives such as Schnorr, Graftroot and MAST (Merklelized Abstract Syntax Tree) – an upgrade over P2SH (pay to script hash). Some of the BTC’s prominent developers are constructing a major plan aiming at incorporating both Schnorr and Taproot as a more effective joined protocol improvement.

Appreciative Taproot needs to first evaluate a few ways to support transactions in the BTC network system. To be precise, P2SH is where tokens are locked in a BTC contract comprising of scripts which define definite conditions that require to be fully met for the tokens to be used or spent by the authentic holder.

MAST was initially created and intended to effectively enhance P2SH by obscuring the pseudo conditions of the script for a transaction. MAST conceals the script conditions of a transaction. It discloses the first condition that was met, that was more liable for the legal spent of the tokens. MAST cleverly uses Merkle Trees. It jumbles and hashes each individual script condition instead of hashing the whole set of conditions. In applying that, a Merkle path can confirm that a legal condition was fully met minus disclosing the other hidden scripting conditions.

The Bitcoin Core (BCH) developer known as Anthony Towns proposed a significant idea in July last year for ‘Generalized Taproot,’ which would largely lower the total amount of information that is needed for the primary Taproot proposal.

Privacy of BTC has been a big focus. Expressive steps have been applied with significant innovations such as Stonewall, Chaumian CoinJoins and SegWit. Several other important proposals have to experience further development for the whole of this year and work as some gripping enhancements to the continually changing Bitcoin network system.

Why Taproot is Better than MAST

On the other hand, rather than tweaking the entry public key with a script, the gateway public key can be pinched with a genuine Merkle root of a Merkle tree which particularly involves all the various conditions under which the products and funds can be used.

To use the products and funds, then, only the spending standing condition and the circumstance that’s been fully met requires to be openly disclosed. Taproot provides all the doles of MAST. But it also leaves other factors constant no one will ever understand that a regular single transaction was concealing such an intricate smart contract as a contingency.