Stephen DeMeulenaere: “No need to create any form of constitution or system of self-regulation for crypto market” 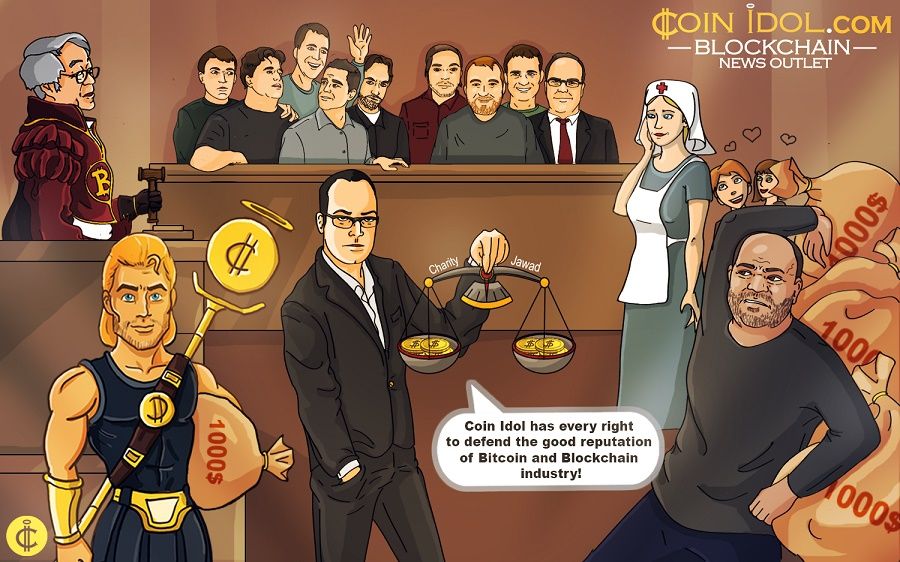 The honorary member of the jury in the public trial of scammers, Stephen DeMeulenaere, shares his opinion on why CoinIdol.com news outlet and the crypto community have every right to defend the good reputation of Bitcoin and the Blockchain industry.

The honorary member of the jury in the public trial of scammers, Stephen DeMeulenaere, shares his opinion on why Coinidol.com news outlet and the crypto community have every right to defend the good reputation of Bitcoin and the Blockchain industry.

CoinIdol: Why did you support the initiative of CoinIdol to hold a public trial?

Stephen DeMeulenaere: I was quoted in an early article on CoinIdol about DeOS and banking for the poor in Europe.

As I didn't have sufficient information about the platform, I did not speak in favour of it, but of the benefits of financial services reaching the poor in Europe.

As a news outlet for the cryptocurrency industry, CoinIdol has every right to defend the good reputation of this industry. If they found DeOS/Razormind to be a legitimate operation, I am certain CoinIdol would have treated them as such.

By identifying scam coins, after giving them the opportunity to prove that they are not, having failed to receive this proof they have every right to treat them as such.

CI: How do you see your role in the world industry of cryptocurrencies and Blockchain?

SD: My role in the world industry of cryptocurrencies and blockchain is now as a Southeast Asia-based Bitcoin and blockchain trainer, educator, consultant and speaker. I have 25 years experience in complementary currencies, the predecessor non-state monetary effort that predates Bitcoin by a few decades. To some extent, the idea of Bitcoin's token as a currency comes from previous local and regional-scale efforts to create non-state currencies. There are still some 4,000 communities worldwide that have their own local currency systems.

CI: How should the crypto community regulate the international problems with cyber crimes, if there is no unified law regulation of cryptocurrencies in all countries of the world? Some countries consider Bitcoins to be candy wrappers. Can an industry without a law be lawful?

SD: Although complementary currency systems generally have much stronger governance systems than cryptographic currency systems, I do not believe there is a way to regulate international problems with cyber crimes, which is the question you have asked me to answer. The law is "buyer beware" and is about full personal responsibility for one's investment and coin storage decisions. I would not welcome the effort of any national or international body to regulate cryptographic currencies.

CI: How can you describe the 5 main principles of the crypto community? Is there any need to create a world Constitution for the crypto market to create a system of self-regulation?

SD: I do not believe there needs to be a charter or set of principles about cryptocommunity, and I certainly do not believe there is a need to create any form of constitution or system of self-regulation. Each actor in the ecosystem, in my opinion, should be free to decide what those principles should be for themselves, their clients and for the services they provide.

CI: What do you think about the initiative of CoinIdol to give the right to vote about the problems to the crypto community?

SD: I think this initiative of CoinIdol is very risky because there are many other cryptocurrency scams out there that are going unpunished. I devote a section of my trainings on spotting scams, as I've had a few friends and colleagues fall victim to them, and as I live in a lower-income country, I don't like to see poor people having their savings taken away from them by scammers.

It's risky from a legal and reputation standpoint. One person's scam can be seen as legitimate by others. Look at the efforts by some to paint Ripple as a scam, whereas I see it as a cryptocurrency with a very different use case and structure than Bitcoin. So CoinIdol takes the risk in trying to act as a source of due diligence when this is what those people who may be investing in such a currency should be doing by themselves.

I have also talked with Jawad Yaqub at times over the past year, but never engaged with him or his project in any way. I found him to be very intelligent, personable and friendly, and I have no ill feelings about him personally. I noted everything he said to me, and I did my due diligence and decided that I was not going to invest in DeOS or Razormind or become involved with them in any way. I also do not think it is right to attack individuals and publications in the course of this exposé. I don't see this as a trial. I think this is also very risky for CoinIdol's reputation and I hope that this publication does not continue with these kinds of approaches.

However, I was asked and I agreed to make a decision on this matter, and I won't backtrack on my promise.

CI: How do you vote yourself? Why?

SD: I think Coin Idol should keep the money. They have obviously done their due diligence on the client and have discovered that the client is being dishonest to CoinIdol's readers. If CoinIdol was intending to return the money, they should have done it at the time when they discovered, to their opinion, that DeOS/Razormind was a scam. 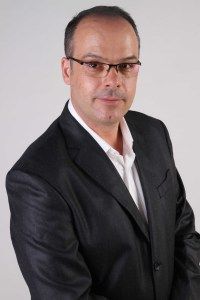 Stephen DeMeulenaere has spent the past 25 years working with new currencies and is founder & coordinator of the Complementary Currency Resource Center, an online resource center for complementary, community and cryptographic currencies and is co-founder of Coin Academy, a digital currency education platform.

He has presented and given talks at Universities and conferences in France, China, Netherlands, California, Germany, Argentina, Canada, Thailand, Indonesia, India and Senegal, and has published over 25 articles on the subject for academic journals, magazines and other publications.

His work has been featured in “The Future of Money” by Bernard Lietaer, “The End of Money and the Future of Civilization” by Thomas Greco, and in, “Healthy Money, Healthy Planet” by Diedre Kent. One of his more recent writings is a contribution on Bali’s ancient monetary system to Bernard Lietaer and Stephen Belgin’s “New Money for a New World”, as well as in “Rethinking Money: How New Currencies turn Scarcity into Prosperity” by Bernard Lietaer and Jacqui Dunne, and mentioned in “The Anti-Capitalism Reader: Imagining a Geography of Opposition” by Joel Schalt as well as in Counted Out: Challenging Poverty and Social Exclusion: a Resource for Teachers, by Sandra Gowran.

His work to design and implement a complementary currency system in Java, Indonesia, was recognized among the finalists for the 2007 Untenguggenberger Preis in Austria for the promotion of new monetary systems, and his work with the Doole exchange system in Dakar, Senegal was recognized as a finalist in the 1999 World Bank Development Marketplace. His design for a Disaster Recovery Currency was recognized as a finalist in the 2006 Ashoka Foundation/Changemakers competition, and his design for a Revolving Savings and Microfinance lending circle, using a traditional Indonesian game, was very successfully implemented by the French Aid Organization Triangle in Aceh, North Sumatra, Indonesia, the epicenter of the 2004 tsunami disaster.

Stephen is on the Editorial Advisory Board of the International Journal of Community Currency Research Academic Journal, the first journal to publish research on alternative, community, complementary and digital currencies at the University of East Anglia.

He is a colleague of Monneta (Money Network Alliance for the Research and Development of Complementary Currencies) in Germany, and a fellow at Qoin in the Netherlands. He is an Advisory Board Member in New Money Systems at the Lifeboat Foundation and for Asia Pacific at Cryptor Trust, Inc.

He is Co-Founder of Coin Academy and holds advisory positions with a number of other digital currency startups.

Tags
Cryptocurrency Coinidol Community Industry Blockchain Bitcoin News Shares
Most Popular
Sep 23, 2021 at 13:10
News
El Salvadorans Embrace Bitcoin Despite Problems with the National Wallet
Sep 23, 2021 at 12:16
News
The Central Bank of Ukraine to Pay Salaries in Digital Hryvnia by the End of 2021
Sep 23, 2021 at 10:48
News
Binance Coin is in a Brief Uptrend, Faces Strong Rejection at the $385 Resistance
Sep 23, 2021 at 09:48
News
Bitcoin Struggles to Sustain Above $44,000 as It Reaches Overbought Region
Sep 22, 2021 at 12:12
News
Banks in EMEA Miss Out the Potential of Blockchain, with Only 19% Benefiting from the Technology
More