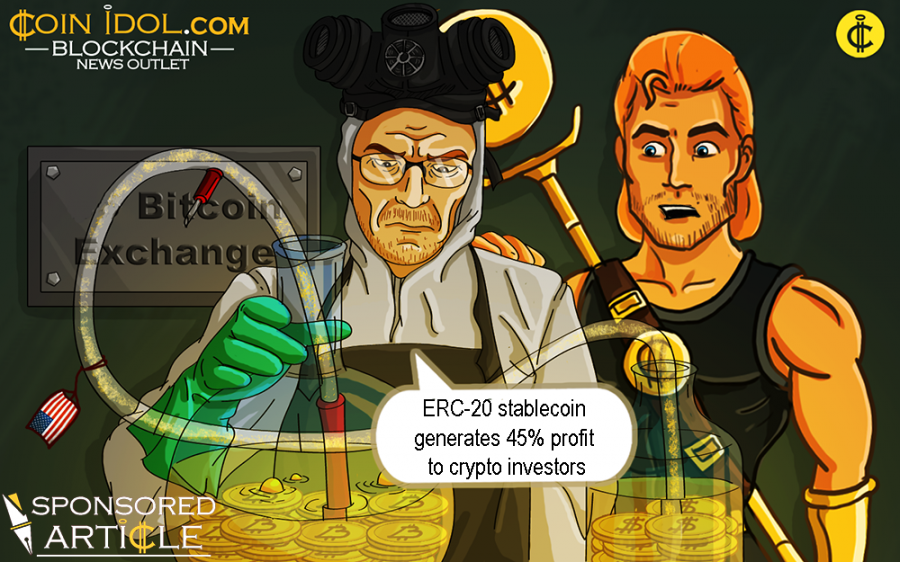 A new decentralized stablecoin from USDDex Japanese company will be available for purchase by crypto investors 1 month before its launch on cryptocurrency exchanges in a limited number with 45% bonus.

A New Era in Blockchain Evolution

Most analysts and experts at cryptocurrency market with certainty declare 2019 the year of stablecoins. The monthly traded value of only first five stablecoins exceeds $100 billion and continues to grow.

The rapid industry growth is influenced by inflows of new technological players. One of them is USDDex, a Japanese company. Its founder, Hitoshi Shibata, who has been worked for 15 years at Mizuho Financial Group and is a member of Working Group on Japanese banking industry and blockchain integration, emphasized core advantages which allow USDDex Stablecoin to take one of the leading positions on the market.

USDDex development team has extensive experience in blockchain industry and in such projects as OpenVZ and Debian. The highest priority is set at cooperation with behemoths like 0x Relayers and leading cryptocurrency exchanges. USDDex complies with all highest requirements of the largest exchanges and is ready to launch in mid-April 2019.

USDDex professional team represents the world a breakthrough technology and a chance to develop the most independent, transparent and potentially greater stable monetary policy than ever before. USDDex is directly pegged to US Dollar and 1 USDDex is equal to 1 USD. Each USDDex is always collateralized in excess, so you never have to worry about its price fluctuations and its stability is guaranteed regardless the market behavior. The highest reliability rating is secured by open source code, multiple and thorough security audit and the possibility for any participant to look information on the locked collateral of each USDDex.

According to forecasts, USDDex will eventually surpass the largest players and become the dominant and most useful stablecoin on the market. USDDex is technologically superb token which offers significant value, relevance and transparency. First large investors and several thousand active members of the community in industry have commended USDDex for its unique approach to so-called digital asset able to protect its value against volatility.

How a Crypto Investor Can Reach up to 45% Profit with USDDex?

One month prior to the stablecoin official offering, USDDex team made a strategic decision to launch from March 19th an additional stage of sale with 45% bonus. Its main goal is open and active participation of crypto community in the life of the project. This approach affords opportunity to invest and gain profit to all willing crypto investors. The main closed round of investment had been conducted in December 2018 exclusively for investment funds and exceeded all expectations, having been successfully over in just several hours.

Additional sale starts from March 19 on the official USDDex site.

* The number of submitted applications and increased interest in the project from potential investors lead to the suggestion that the additional stage of sale will be completed for first hours.