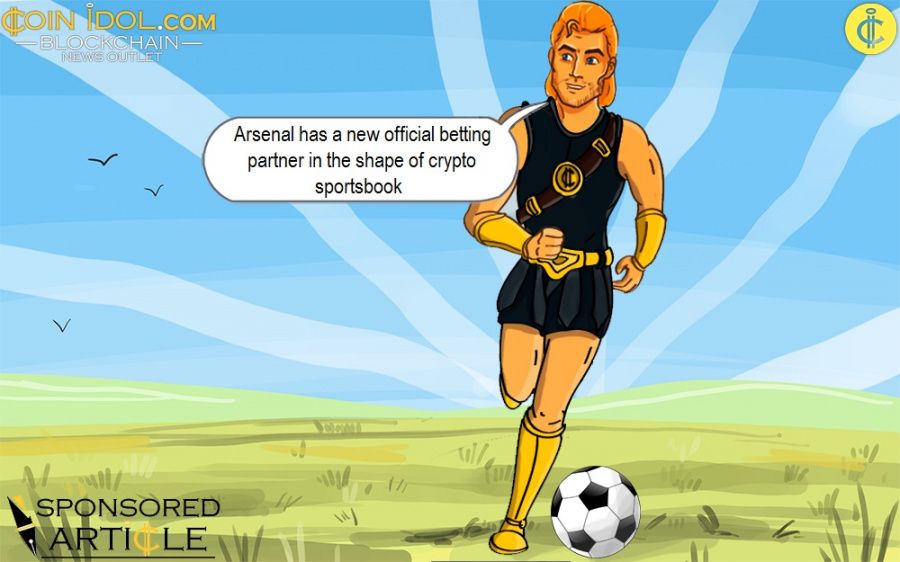 Sportsbooks and gambling brands are a regular feature of European football in the modern sport, with betting names frequently and prominently a part of the footballing landscape there.

They are definitely common for English clubs, with many brands sponsoring and partnering with the 20 clubs who play in the English Premier League, and many more in the lower echelons. With an estimated value of over $100 million per team playing there, including prize money, TV rights and sponsorships, getting your brand featured with any one of these top clubs leverages its tens or even hundreds of millions of fans.

And now, Arsenal Football Club’s 150 million or so online followers are only the latest big-name soccer club to now have a new official betting partner in the shape of crypto sportsbook Sportsbet.io.

The football season in Europe has just only resumed this month, barely some weeks after completing the previous one, so fans may be forgiven for expecting tired legs back on the pitch after a gruelling end of the 2019/20 season that saw teams cram their remaining fixtures into a month of post-Covid lockdown.

But after a blistering start to the new season, with two wins in a row and their new acquisitions on the field proving to be a hit, the Gunners at least will be dreaming of a return to Champions League, after just missing out last season.

They already have one trophy so early in the season, to add on to last season’s honors: beating Liverpool in the Community Shield two weeks ago. And now, they look set to grow even bigger with their new official betting partner, Sportsbet, with whom they’ve secured a deal that lasts for the next three years.

Arsenal Commercial Director Peter Silverstone spoke of the natural fit between the two, since Arsenal has always been on the forefront of innovative change in the footballing sector, with dieting approaches and physical training that they pioneered now the common practice in modern football. Sportsbet itself is a recognized leader, applying fintech changes like cryptocurrency to their offerings. For example, it now offers industry benchmark withdrawal average time of 1.5 minutes, far quicker than many traditional methods of payment.

“We are proud to partner with a market-leading company that is at the forefront of the innovation journey of the gaming industry.”

Tim Heath, the founder of Coingaming Group, which owns Sportsbet, reiterated the spirit of innovation that united the two brands, saying that beyond promoting responsible gambling, they would also both collaborate on activities that fostered social change. Most immediate are plans for the youth women’s football team in Estonia to attend football clinics held by Arsenal coaches to groom budding new talent for a professional future.

Women’s football has been gaining traction in recent years, in no small part thanks to visionary clubs like Arsenal who have promoted that aspect of the sport and now commands the largest following online of any women’s sport: with 6 million fans of Arsenal Women’s team.

Add to that Arsenal’s immense international fanbase of over 125 million and it would suggest that Sportsbet will have a huge base of users to leverage in terms of providing customized Arsenal content on its offerings in an effort to provide unique experiences in the gaming sector. Heath promised:

“Watch this space, as we seize the opportunity to promote crypto gaming awareness, and hope to push forward crypto gaming adoption on a scale never seen before in football.”