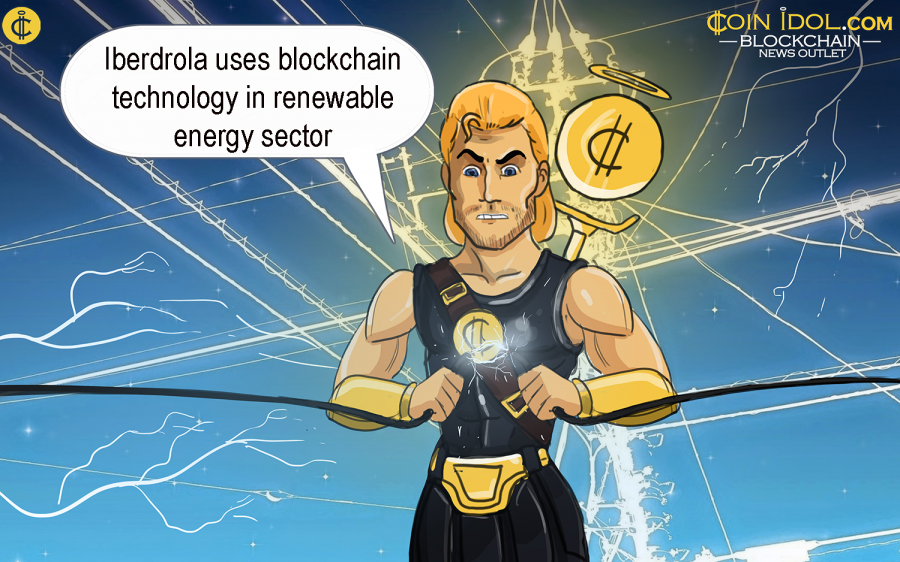 Iberdrola - the Spanish public multinational electric utility major, has accomplished a project which will largely chip into speeding up the decarbonisation process by using blockchain to ensure that the energy supplied to the user is 100 percent renewable. The first test to ensure the renewable source of the energy supplied was carried out with the financial entity Kutxabank, who were able to trace the actual time that it takes a process to occur, and the source of the power supplied by Iberdrola from the generation point up to the place of consumption.

The renewable energy was produced in the Oiz (Biscay province) & Maranchón windfarms and the San Esteban hydroelectricity plant. The clean energy from these points was exhausted at the headquarters of Kutxabank in the Cajasur in Córdoba & Basque Country (a geographical region that straddles the border of Spain and France), according to a report by Neweurope.

The blockchain is an effective method of apportioning which assets will supply power to a particular point of consumption, and can even be applied to launch a pecking order of priorities based on points of origin.

It also extinguishes intermediaries as it employs smart contracts that become valid and active when both participants carry through their side of the agreement, easing the process, trimming costs and enhancing privacy.

With this kind of establishment, renewable energy certification exercises are speeded up and automated, certification is given a significant level of traceability, and the transaction is set to be very transparent and more secure, as it is registered for good on the platform such that both participants can properly audit the results.

“This innovation shows us that it is a crucial catalyst in the process of decarbonising the economy, allowing traceable, secure and rapid transactions. In this case, the supply of green energy is more efficient, flexible and transparent, which incentivises the production and consumption of 100% renewable energy,” Iberdrola noted.

Iberdrola has launched multiple initiatives using DLT. For, instance, the firm is collaborating with other firms in the industry in a project to test DLT-based transactions in wholesale energy & natural gas commercial markets.

This establishment enables peer-to-peer (P2P) transactions to be done without the requirement for intermediaries. These agents will purchase and sell power directly, sans a regulated market, and their transactions have to be recorded on the platform anonymously and in inscribed form to be confirmed by the operators.

In its business of distribution, DLT establishments are primarily focused on certifying data about network efforts with the potential to have an impact on clients. This is a progress in the network digitization exercise, fields of service quality & customer service.

Tags
Energy Blockchain Technology Consumption Power Finance Transaction Service Network
Most Popular
May 16, 2021 at 11:30
News
3 Reasons Why Payment Service Platforms Switch to Blockchain, Facilitating the Adoption of the Tech
May 16, 2021 at 10:35
News
Chainlink Rally Stalls at High of $52 as Altcoin Retraces for More Upside Momentum
May 16, 2021 at 09:29
News
Uniswap Range-bound Between $36 and $44, Attempts to Breach Recent High
May 15, 2021 at 12:40
News
Low Orbit Crypto Cannon LOCC Lottery Draft Occurs Every Hour | Stake Once to Enter All Upcoming Drafts
May 15, 2021 at 11:20
News
Dogecoin Resumes Fresh Uptrend as Buyers Recoup Above $0.40 Support
More