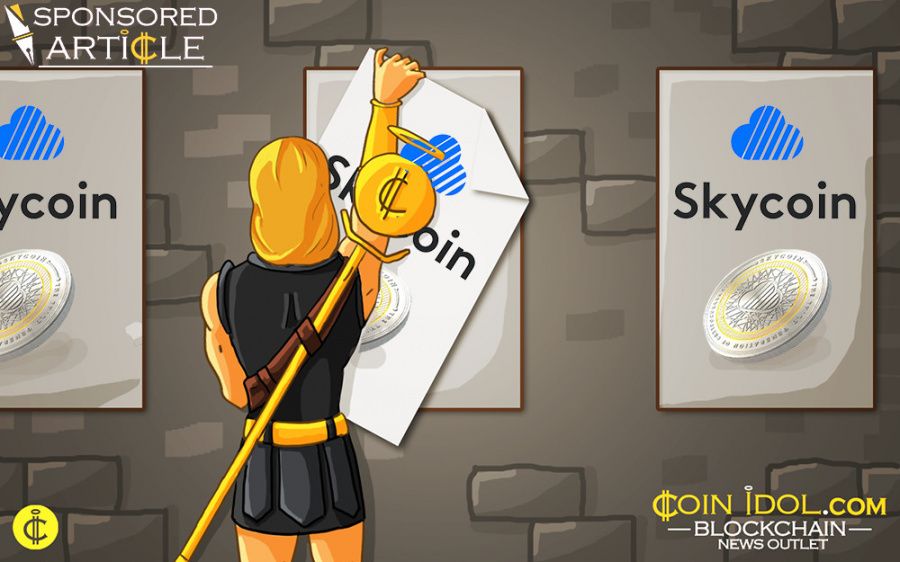 Skycoin, the third-generation cryptocurrency of alternative P2P project Skywire, announces several updates, including a new mobile wallet, new logo and site revamp to reflect its ever-evolving branding and design. Approaching its fifth year of development, Skycoin continues to pursue a “new Internet” under an overarching goal to implement Bitcoin’s original vision and address its underlying problems.

October 26, 2017 Zug, Switzerland: One of the oldest crypto projects in development,  Skycoin is an infrastructure project rooted in the basic founding concept of Bitcoin: decentralization. Unlike the peers of its time, it was not forked from Bitcoin nor is it merely another ETH-based token. Instead, Skycoin was built using a completely original and unique codebase, featuring a revolutionary consensus algorithm dubbed “Obelisk” that bore none of the PoW/PoS similarities of most other alts, eliminating the need for miners and operating instead on a Web of Trust.

As part of continuous development, Skycoin has announced several key updates, including the launch of Skycoin wallet v2.0, a  new mobile wallet, a  new logo, and an ongoing site content and design revamp. It has also initiated work on a range of further developments, such as a Skywire coding rewrite, development of cluster management and global network dashboards, a brand new, quicker Skycoin wallet, and the Skycoin OTC market and exchange federation protocol for enabling decentralized exchange (DEX).

Bitcoin’s old problems have not gone away

When Skycoin launched in 2013, it recognized that the Bitcoin network could not achieve true decentralization. Envisioned by its creator to be decentralized over hundreds of thousands of computers, large mining cartels instead exerted considerable power and influence over the network.

Four years later, little has changed. Mining cartels have only grown in strength, asserting their agendas with punitive effect, as evidenced by the miner-led Bitcoin Cash fork of August 2017. By November 2017, the Bitcoin network may see as many as two further fork splits as a result of miner interests.

Skycoin’s agenda in 2013 was to implement Bitcoin’s original vision and address the underlying issues of the world’s most-used cryptocurrency. Four years on, Skycoin’s mission has only become more relevant. 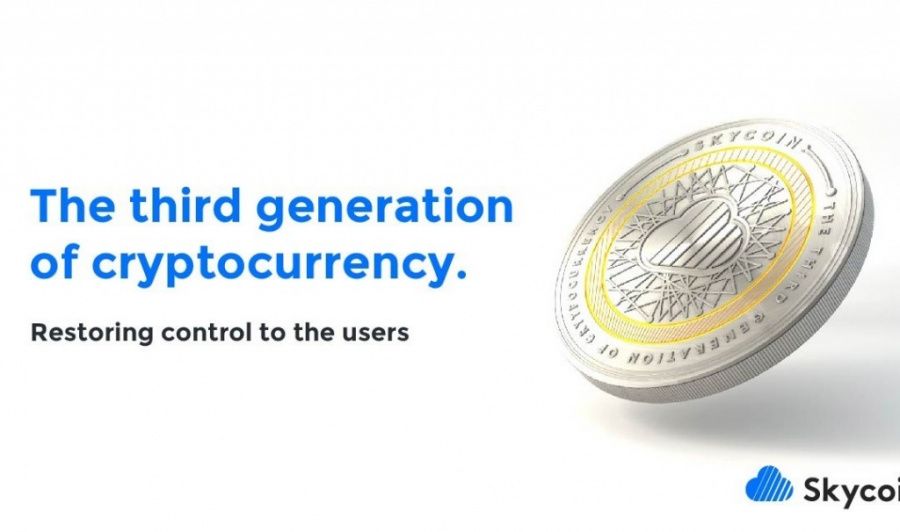 Skycoin’s Obelisk is a sustainable alternative that aims to replace Proof-of-Work (POW) as a major solution for blockchain consensus. Inspired by academic research into adversarial distributed time-stamping, it offers strong mathematical security guarantees even when the majority of nodes are hostile.

The immediate benefit is environmental friendliness and minimization of economic profiteering. Skycoin does not waste electricity or consume exponentially growing power. Instead of fees, users will receive “coinhours” for holding coins, which can be put towards transaction fees. Transactions bid to enter a fixed-sized block.

Skycoin is immune to double spending and the 51% attack, regardless of hashing power and/or financial might. Transactions are as fast as they need to be, with as low as four-second confirmations without compromising security.

Ushering in a new Internet

Skycoin sees blockchain as one of several new mathematical and algorithmic primitives that will be the founding blocks of the Internet’s successor.

The Skycoin project is a hermetically-contained software/application platform, that operates in parallel to and on top of but independently of the existing internet. Its five pillars are:

Skycoin was built first as a standalone solution to Bitcoin’s flaws at decentralization, due to the growing prominence of powerful mining cartels. It features a new consensus algorithm to secure the network through a mechanism called Web of Trust.

Skywire was created to address centralization problems, but of the Internet itself where large institutions control its infrastructure. It aims for a sustainable democratization of the internet, while enhancing privacy and security.

Skyledger is a blockchain platform built with CX and running on top of the Skywire infrastructure. Each developer will have their own independent data storage and are free to hardcode their own chain.

4. An ecosystem of apps

The  Skywire “miner” hardware acts as a specialized VPN operating on Skywire’s new networking protocol based on Multi-Protocol Label Switching.

Skycoin and Skywire: the blockchain and the network

The Skycoin project envisions a symbiotic relationship between Skywire and Skycoin, one that would enable individuals to generate revenue for running the Internet, instead of large ISPs. Any application that works over the Internet can also work over Skywire. Using it will be free but users can pay nodes to receive better bandwidth and priority.

This is the basic model that will provide a long-term demand for Skycoins, which are currently distributed over-the-counter (OTC).

As part of continuous development and to maintain relevance to ever-evolving conditions, Skycoin has announced several key updates, including the launch of a  new mobile wallet, a  new logo, and an ongoing site content and design revamp.

It has also initiated work on a range of further developments, such as a Skywire coding rewrite, development of cluster management and global network dashboards.

It is also reviewing its distribution plan, which it aims to continue in its current form of limited OTC. It will continue pursuing listing on exchanges but will focus instead on the OTC market and an exchange federation protocol for enabling decentralized exchange (DEX).

A range of of hardware “miners” are also planned for release on a soft date of March 2018, with 300 initial units planned.

The Skycoin Project has been in continuous development for over eight years and is currently led by a team of experts in the field of mathematics, cryptography, engineering, programming and marketing. Some of them include:

Synth has a background in mathematics and cryptography and is the face of Skycoin. Telegram: @haltingstate

Terpin is an experienced marketeer with a CV that includes the likes of Coinovate, CoinAgenda and BitAngels. Kastelein brings experience with asset launches and news, working with Blockchain News and CryptoAssets Design Group. Together, they oversee Skycoin’s marketing efforts and manage other counterparts for communication and content production.

Other developers include iketheadore, Monty Crypto, Erich Quist, meam364, Evan, johnstuartmill, nyf, Weng Zhiyi, amherag, logrusorgru and others, who work on the various components of the Skycoin Project.