Skycoin Aims To Fix Fatal Flaws Of Bitcoin and Ethereum

On the surface, Bitcoin appears full of promise. It first presented the opportunity to bring financial freedom to those who no longer deal with traditional finance, or indeed those who could not access the financial system.

Bitcoin and Ethereum both employ the Proof-of-Work (PoW) algorithm to achieve consensus on their networks. Simply put, this means miners compete against each other to solve complex mathematical equations. The completion of such problems will then verify that a network transaction has been successful. The “winner” gets paid for completing or proving the work and their payment is a fraction of the total transaction amount.

Why Is this a Problem?

In Bitcoin’s early programming there was a fundamental miscalculation which suggested that the mining process would produce an economic incentive structure, conducive to decentralization. Instead, PoW has concentrated influence among mining pools that can operate the resource-intensive miners with cheap electrical power. These same influential groups can orchestrate significant and widespread alterations to the network via changes such as soft forks. Satoshi Nakamoto identified mining control as the biggest non-cryptographic threat to the Bitcoin network. This is because, when more than 50 percent of the hashing power is confined to one entity, there has been found to be a possibility of 51% attacks

According to Energy Researcher, Sebastiaan Deetman, If the bitcoin network keeps expanding it could lead to a continuous electricity consumption through the processing power required by mining incurs monthly costs in the tens of millions. There is little sustainability in this over the long-term. 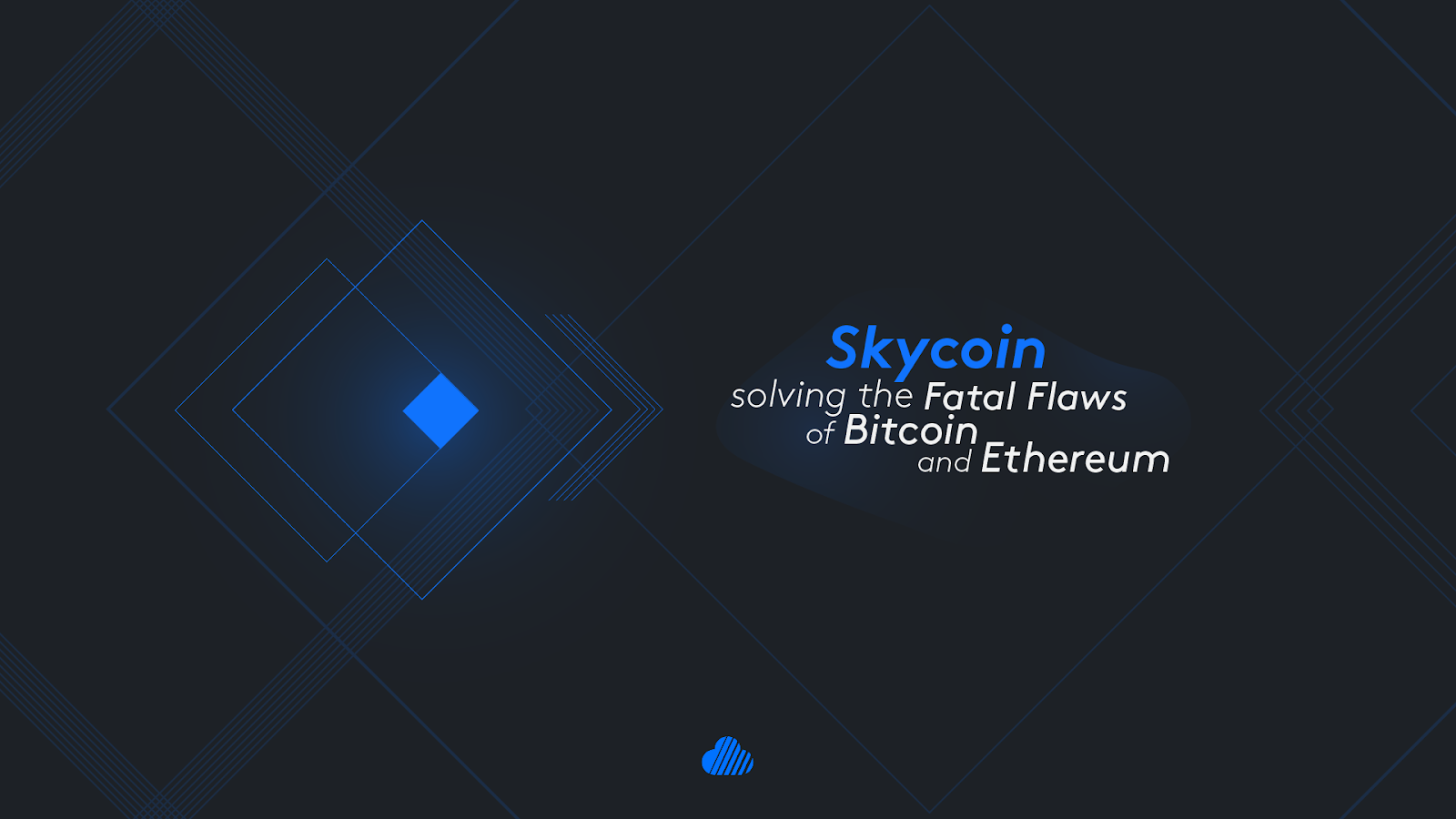 Obelisk exerts its influence over the network according to a web-of-trust architecture. The network consists of nodes, rather than miners, which are a new, more economical option. These nodes are substantially less expensive to produce, acquire and operate than any traditional miner used to mine Bitcoin or Ethereum. Obelisk was designed to be a scalable and computationally-inexpensive alternative to PoW; to enable the algorithm to be run on budget hardware. However, centralization becomes nigh-impossible when virtually anyone is able to operate a node.

The web-of-trust consensus also prevents the development of centralized power. Skycoin does not rely on mining incentives, therefore it is not susceptible to a 51% attack. In addition, there is no reason for mining farms to start buying up thousands of computers to run Obelisk because it would be impossible to gain full ownership over the network. Moreover, if one group did manage to disrupt the network there would be little impact on its users as this type of takeover would immediately be detected and shut down.

Right now the easiest way to operate an Obelisk node is to purchase a Skywire Miner or build a DIY version. Whilst running an Obelisk node itself does not produce monetary value, it does keep the Skycoin blockchain safe. When building a Skyminer one can choose to contribute resources by operating nodes on the Skywire network and earn Skycoin (SKY) for those resources and bandwidth.

Skywire is the decentralized peer-to-peer network that is incentivized through SKY. This mechanism inherently gives Skycoin value. Whereas Bitcoin’s value is derived from speculation of the value provided by the network in the future, The value of Skycoin is immediate and here as soon as its test-net launches.