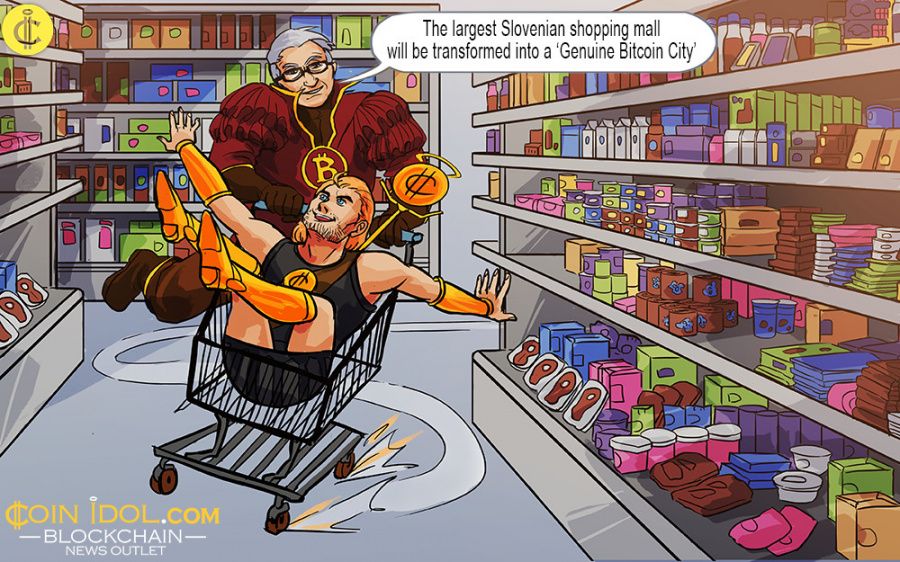 The largest Slovenian shopping mall, located in Ljubljana, will be transformed into a ‘Genuine Bitcoin City’. All the 500 shops in the mall will be required to accept Bitcoin as a payment option.

“The first of its kind in the world to provide its visitors, consumers and business partners with an ecosystem that will develop and integrate advanced technologies based on state-of-the-art approaches (blockchain, AI, VR [Virtual reality], AR [Augmented reality], ML [Machine Learning] and the world of cryptocurrencies),”  BTC company said.

The shopping and business center of 475,000 square meters will host the biggest Bitcoin hub on the country’s financial market. Eligma, a financial technology startup, was asked to design a cryptocurrency transaction system called “Elipay” for all shops in the mall to conduct payments using BTC solely.

BTC company was initially established in 1954 as a warehouse. Nevertheless, it became a large shopping complex under the name of BTC City with nearly 500 business ventures situated on its territory. Now Eligma team is planning to turn this huge commercial project into a unified online platform. This is believed to reduce ownership costs for the retailers as they will need showrooms instead of large stores, keeping all items in stock.

With the new fintech testing being arranged for mid-June, a lot of retail shops in the Bitcoin City have started to use this system already now. For example, Atlantis water park, Al Capone, Babadu, Minicity, and some other ventures accept the digital currency, namely Bitcoin as a payment option.

It is worth mentioning that the Prime Minister of Slovenia Dr Miro Cerar stopped by BTC city on May 25 during the opening ceremony of the Beyond 4.0 international conference, which was devoted to virtual coins and blockchain. During his stay, he was bought a cup of coffee at the restaurant by State Secretary Tadej Slapnik with a help of Elipay crypto payment system.