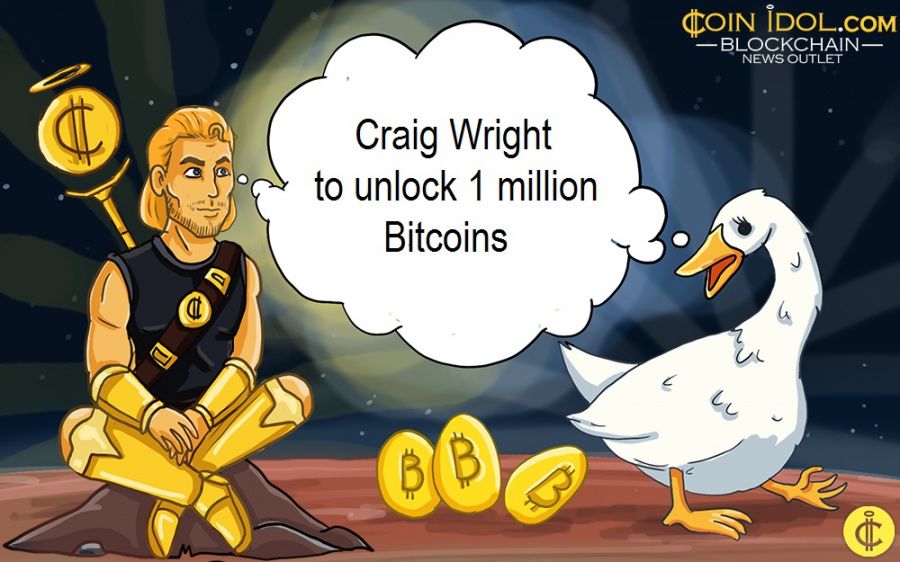 Craig Steven Wright, the person calling himself Satoshi Nakamoto and the chief defender at Bitcoin SV, is expected to get the keys to over 1,000,000 BTC by next week. The blockchain and digital currency ecosystem is waiting to see how this will go. If Craig is right, the unlocked Bitcoin money worth over $8 billion at the time of writing could flood the whole digital currency market.

The chief scientist at nChain as dominated the blockchain, distributed ledger tech (DLT) and cryptocurrency news this year, most especially on the part of claiming to be the original developer of Bitcoin. Nevertheless, Satoshi Nakamoto will more likely see his sway over digital asset sector drama fizzle out at the start of 2020.

Craig has been claiming to be the real creator of the original digital currency Bitcoin, but up to now he has never proved it. Albeit, he isn’t alone claiming to be Satoshi Nakamoto, there are a good number of people and companies claiming this, as coinidol.com, world blockchain news outlet, reported back in time.

Craig has been undergoing a tough clash with the company of his short time ex-partner Dave Kleiman, after being suspected of mining over 1 Mln BTC during its early existence. The estate managed to drag Wright in courts of law, and he won the rights of some of the holdings they mined which is valued at over 8 bln USD, at press time.

But according to Craig, the funds can’t be accessed since they are still held in the Seychelles-based fund known as Tulip Trust. At this time, Craig still says that he lost the keys accessing the funds, claiming that his ex business partner hired a bonded courier in order to recover the keys back to him not exceeding January 1, next year (around one week from now). And if at all the keys to the trust are recovered, Wright is going to own 1.1 Mln Bitcoin, worth more than $8 bln (considering the current price rates).

The Bitcoin Satoshi Vision ecosystem is also warming up to jump onto the bandwagon of the digital currency revolution, but that is when the case is successfully ended in favor of their chief defender. 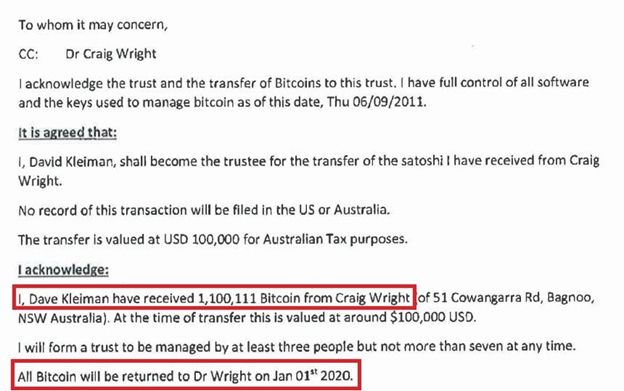 Enough evidence (including the email that were exchanged between the two parties) has been raised in court by both Craig and Dave, so it now left in the hands of the judges for the law to take its course and justice to prevail. Jan. 1, 2020 will on the other hand become an extremely imperative day for the digital currency industry.

Tags
Bitcoin Bitcoin SV Digital currency Satoshi Nakamoto Wright Blockchain Satoshi Market
Most Popular
May 12, 2021 at 15:03
News
Cardano Consolidates Below Recent High as Bulls Attempt to Breach $1.80 Resistance
May 12, 2021 at 14:03
News
Most African Countries Cannot Access Akoin. How True is the One Africa, One Koin Sentiment?
May 12, 2021 at 14:00
PR
Spring and Bondly NFT Partnership Unlocks Digital Potential for Creator Economy
May 12, 2021 at 12:59
News
Bitcoin Cash in Sideways Move, Battles Resistance at $1,600
May 12, 2021 at 11:26
PR
XRP is Back on Track on Phemex
More