U.S SEC Suspends Verdict on Bitcoin ETF Proposals to May 16 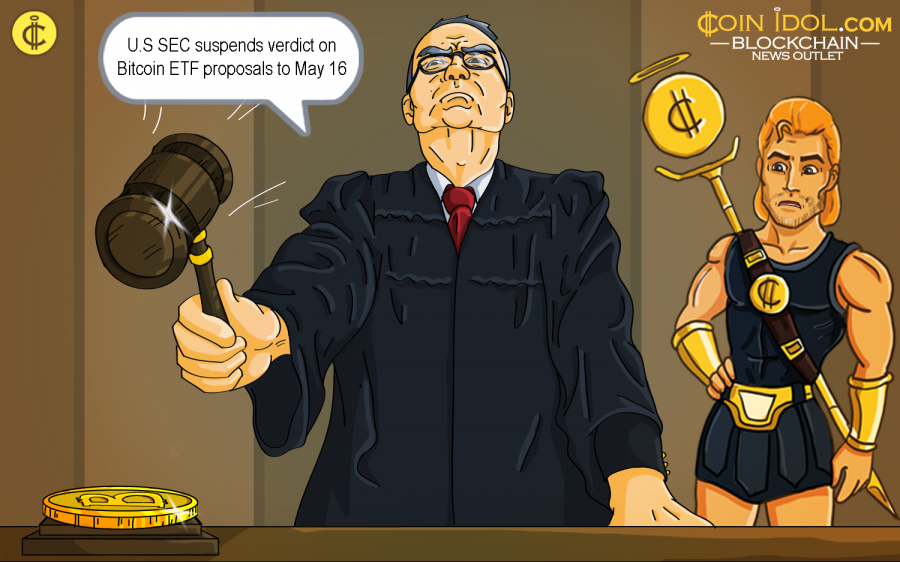 The whole cryptocurrency community was expecting for the US Securities and Exchange Commission (SEC) decision on Bitwise Bitcoin exchange-traded fund on April 1, 2019, the Commission has once again turned around and suspended the event to May 16.

The San Francisco-based Bitwise Asset Management with NYSE Arca - the exchange owned by ICE, filed the first proposal on February 15, and it was even officially submitted to the Federal Register.

Now that the new date to approve or disapprove any of these proposals, the SEC has to fully prepare itself in not more than 240 days from the time of the announcement in order to make the most effective decision and also has around 45 days to consider the proposal.

Consequently, the Commission revealed on Friday, March 29, that it will:

“Either approve or disapprove, or institute proceedings to ascertain whether to disapprove, the proposed rule change by Thursday, May 16, 2019.”

Currently, the SEC has registered more than 30 comments for the decision it made to extend the approval date of the ETF.

Furthermore, the SEC is carrying out a deep review of another ETF proposal that was filed almost 12 months ago by VanEck and SolidX, working together with Cboe BZX Exchange. This particular proposal was later on withdrawn in January of this year due to the U.S government shutdown.

Optimism Among the Crypto Community

The proposal was again refiled by Cboe late the same month and published in Federal Register on Wednesday, February 20. The SEC also suspended this decision and it was scheduled for May 21, one week after making the final decision on Bitwise ETF.

Bitwise reveals its proposed ETF varies from previously-filed akin proposals as it will secure holdings in 100% cold storage with an official, regulated third-party guardian and as the index draws prices from several digital currency exchanges.

The crypto community is optimistic that the Bitcoin ETF proposal will ultimately satisfy and fulfil the standards the Commission has put, and further boost the cryptocurrency market.