A Russian Court Has Recognized Blockchain-Based Bitcoin as Valuable Property 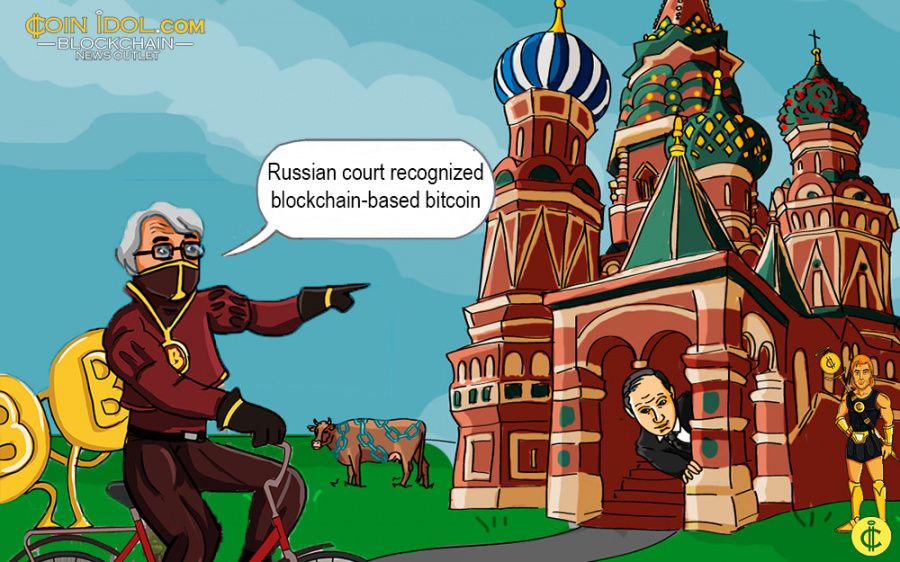 A Moscow court has set a precedent, obliging debtor Ilya Tsarkov to give the financial manager access to his cryptocurrency wallet in order to restore the bankruptcy estate, local news outlet Vedomosti reported. Thus, the court indirectly recognized the digital currency as property and recognized its value.

According to the court decision on May 7, 2018, financial manager Aleksey Leonov will receive a password for the e-currency wallet belonging to Ilya Tsarkov, who was previously recognized a bankrupt. It is worth mentioning that on February 26 the demand to transfer the virtual coins to Leonov was rejected by the Moscow-based court.

Tsarkov's fintech wallet on February 21 contained almost 0.2 BTC (according to current rates more than $1,840) - this information was disclosed by Tsarkov's representatives at the request of the court. At past meetings, representatives of the entrepreneur stated that he himself told the financial manager about his crypto coins.

Leonov stated that he did not know what the future of Tsarkov’s bitcoins would look like. However, the order of sale would also be determined in court by the preliminary decision of creditors, he added.

Ilya Tsarkov was declared bankrupt in October 2017, as his debt to Slavinvestbank under a contract of guarantee to secure the obligations of LLC "Avtomotors" went over 18 million rubles ($285,000).