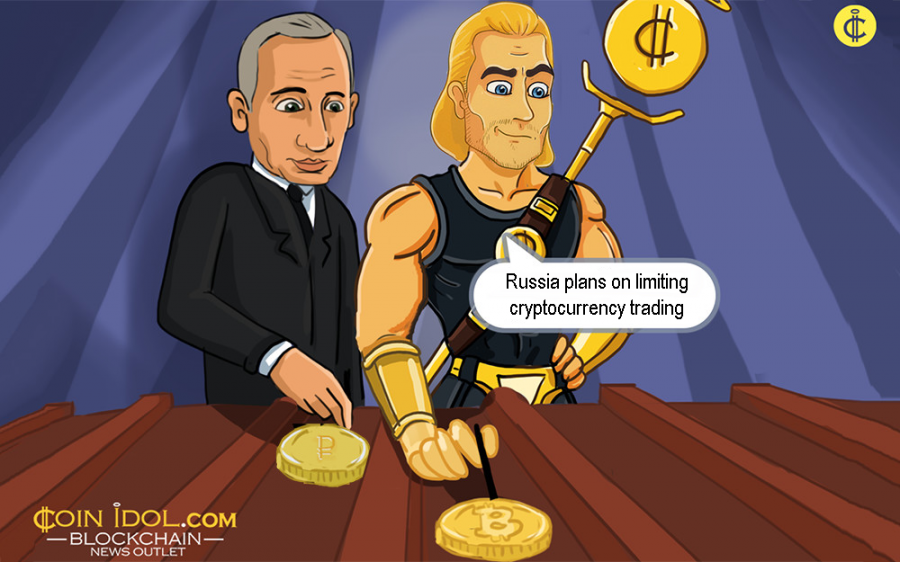 Russia’s Central Bank plans to put a yearly limit on so-called “unqualified investors” who are willing and able to buy cryptocurrency, as reported by RBC – a local business news outlet. The bank wants to impose new regulations on digital currency.

It also recommends to equate investor limits to those ones in a draft bill on crowdfunding, that is also under a thorough review by the Russian members of parliament. According to Anatoly Aksakov, the head of the State Duma’s committee on financial markets, the threshold will probably be set at approx. 600 thousand rubles which is around $9,100 annually and it will be exactly the same as the annual investment cap for crowdfunding projects.

If the legislators legally pass the bill containing the bank’s current recommendations, so-called unqualified investors will still be in a position to buy cryptos which were issued in Russia, according to the report. In addition, crypto investors will be enabled to trade (sell and/or buy) such coins without third parties.

An investor is considered “unqualified” if he/she has not more than 12 months minimum of investment experience. To be regarded by the central bank of Russia as a “qualified investor”, you need to get a qualification certification since it meets the set min individual investment time requisites, or else, possess at least 24 months (2 years) of full-time work experience in a firm which is deemed as a qualified investor by the government. One burdensome requirement of qualification? A university degree in the field of economics. Like the United States, however, you must possess a floor amount of assets totalling to 6 million rubles (around $915,000).

The government of Russia also plans to launch requirements for financial intermediaries engaged in cryptocurrency selling and buying (trading). Considering the existing version of the draft, financial institutions, depositories and stock exchanges will be required to track all digital currency transactions and disclose the total amounts traded by unqualified investors to the other party to a financial transaction, associations or government organizations if need be.

Limiting the sale of Crypto to Unqualified Investors

Not long ago, the Russian central bank botched to enforce similar crypto and blockchain regulations on forex markets. They sought to perimeter the trading of foreign currencies specifically to qualified investors, but the parliament ultimately decided categorically against that.

The central bank appears to follow an array of aiming high expecting to bang something realistic. In the forex regulation fiasco, the bank further wanted to prohibit all broker websites that didn’t possess licensure in the country.
Indeed, digital currencies such as Bitcoin, Ether, Ripple, EOS, Litecoin, Bitcoin Cash, Tether, Stellar and others, aren’t submissive, obedient, and dutiful to borders. The Internet of Money (IoM) and the Internet of Information (IoI) provide users with the full freedom to go anywhere at any time without departing their home.

The recent upward trend of stablecoins allows a rational trading experience, in similarity with having a genuine bank-integrated trading account. These regulations would then appear to largely work on companies such as Coinbase, that doesn’t at this time operate within the Russian Federation. Coinbase plus other giant exchanges desiring to do business in the country will have to comply with these new set requirements.

Nevertheless, in reality, starting up a business in Russia may be very hard for firms such as Coinbase, as the new cryptoassets law, while still in draft phases, looks to be favoring the prevailing Russian stock exchanges and traditional banks.