Ripple Slumps to $0.82, Resumes Consolidation above It 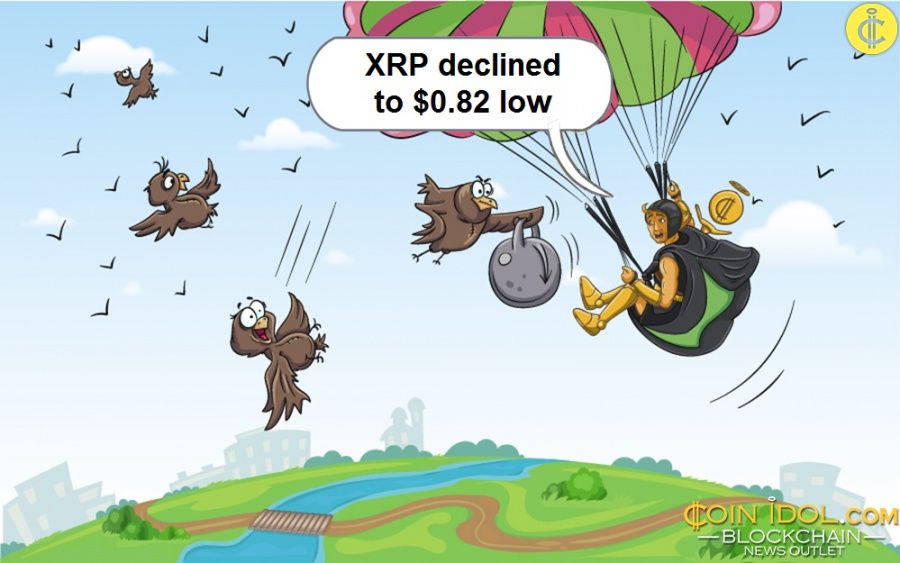 Ripple's (XRP) price has fallen to the support above $0.82. In the first instance, buyers intended to push XRP to the previous highs but were stopped at a lower high of $0.93 on June 14.

Immediately, XRP declined to a $0.82 low. A similar rejection occurred on June 9 at the same price level while the altcoin was making an upward correction.

If XRP has broken above $0.93 resistance in the two previous corrections, the market will rise to retest the resistance at $1.10. Nonetheless, if the bulls overcome the $1.10 resistance, Ripple will resume upside momentum. In the meantime, sellers have the upper hand as the crypto dropped to the previous low at $0.82. XRP/USD is likely to be range-bound between $0.82 and $1.10 if these levels remain unbroken. 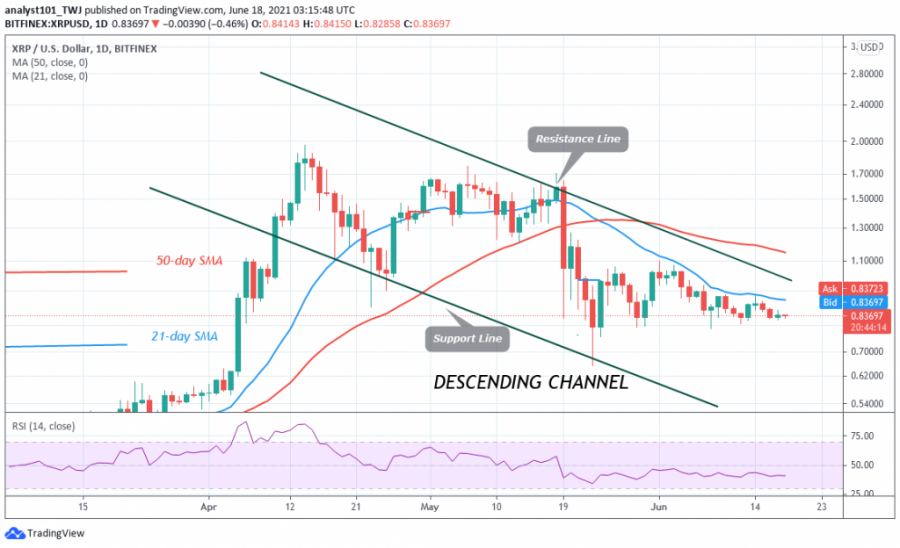 Ripple is in a downward move. On the 4 hour chart, XRP price was making a series of lower highs and lower lows. XRP appears to have reached bearish exhaustion. Meanwhile, On June 4 downtrend; a retraced candle body tested the 61.8% Fibonacci retracement level. The retracement indicates that Ripple is likely to fall to level 1.618 Fibonacci extension or level $0.8235. From the price action, XRP is consolidating above the 1.618 Fibonacci extension. 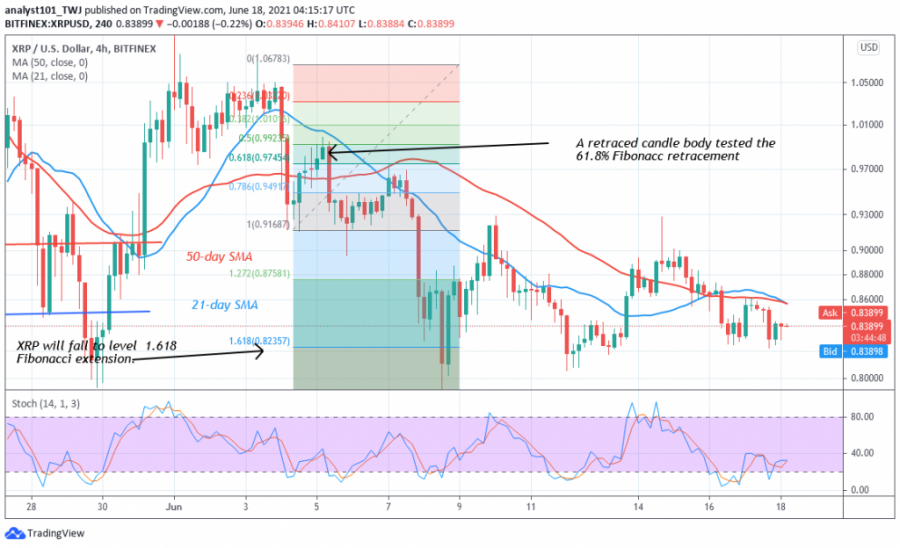 Disclaimer. This analysis and forecast are the author’s personal opinions are not a recommendation to buy or sell cryptocurrency and should not be viewed as an endorsement by CoinIdol. Readers should do their own research before investing