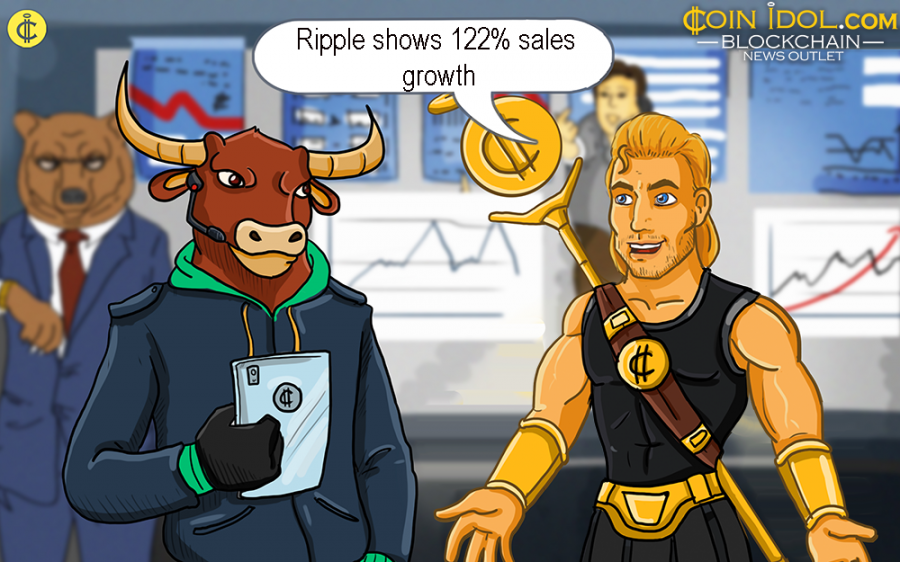 Ripple (XRP) officially released this year's third quarter (Q3) markets report. The report indicated how XRP is flourishing as a firm and how they currently see the digital currency market.

Just like an earnings report, XRP elaborated their financials. In the third quarter of 2018, XRP traded off $163 million of Ripple tokens. This is a 122% rise over their previous sales in the second quarter (Q2) of this year, where they traded off only $74 million worth of Ripple. Regardless of the increased sales, the $163 million just produces 0.43% of world Ripple volume. The remaining volume is traded on third-party crypto exchanges such as Bitfinex and Binance.

Inasmuch as their treasury, XRP took 3 billion XRP out of escrow. They brought back 2.6 billion at the end of Q3, and 0.4 billion were spent in different methods to support the Ripple community. XRP elaborates in a report the role of escrow account:

“In Q4 2017, Ripple locked up 55 billion XRP in a cryptographically-secured escrow account. Ripple created the lockup to create certainty of XRP supply at any given time. Due to that lockup, Ripple has access to only 13 percent of the total XRP in circulation. Ripple’s sales were a tiny fraction of that amount.”

The remainder of Ripple's markets report indicated their stance of the present digital currency market. It notes that fluctuation and volume of Ripple trading are low. This mirrors what's occurring in the whole digital currency market, that has been somehow across this board. Although fluctuation has been down, Ripple fluctuation soared towards the end of Q3. This could have been in expectation of the SWELL conference, hosted by ex-US President Bill Clinton. 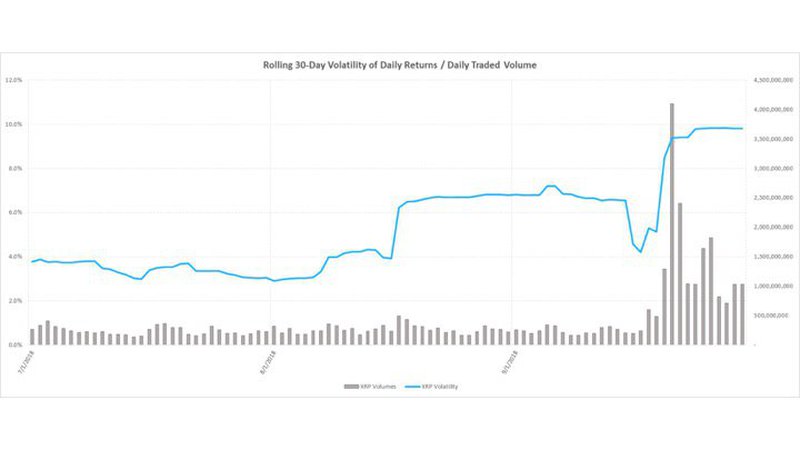 XRP indicates that even though Ripple has had a declining trajectory for most of this year, it is again correlated with the whole digital currency market, that is also low. Unlike the whole crypto market, XRP saw a significant rally towards the end of the third quarter, as indicated below: 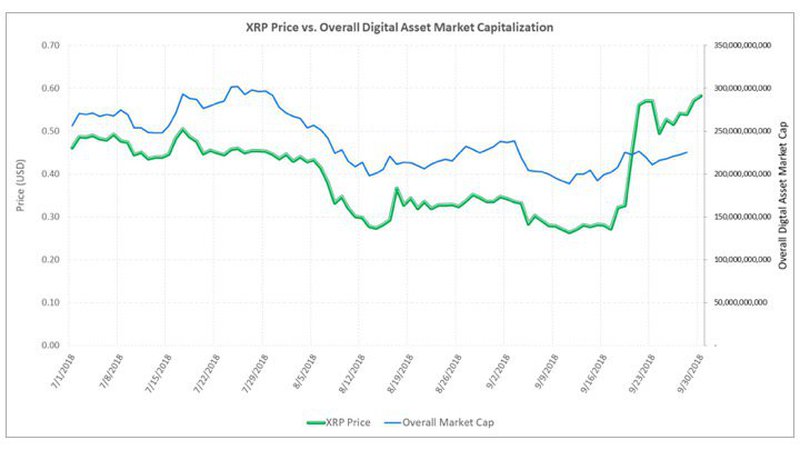 First, Initial Coin Offerings (ICOs) are disappearing and drying up. The fundraising totals are reducing, and ICOs are closing down their ICO's, incapable to acquire their fundraising targets. The second stretch is that two nations (Malta and South Korea) are gaining volume as global leaders in the digital currency market. What this implies is ambiguous, but it could imply that crypto is diversifying across the world.