Ripple Price: A Continuous Fall from the Heights or Just a Slow Down? 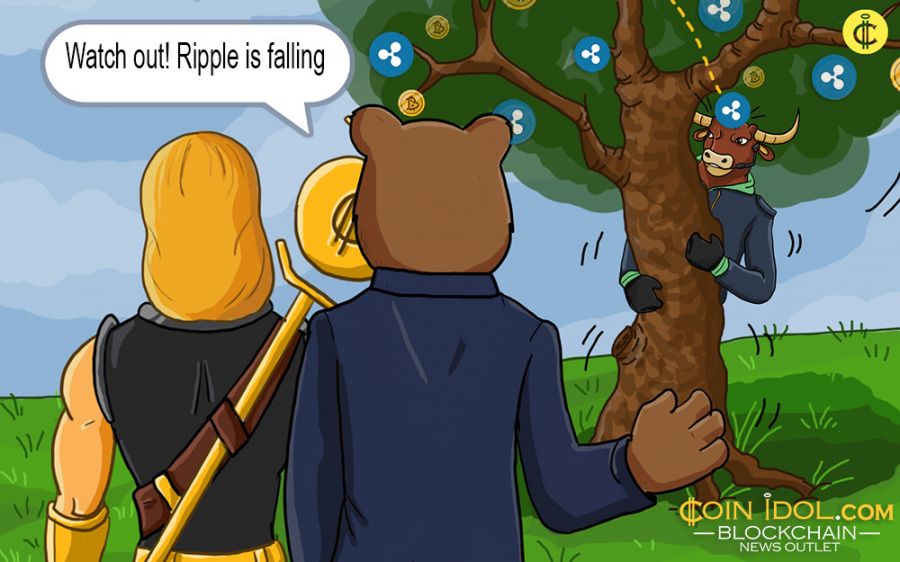 On January 7, Ripple’s price (XRP) reached $3.79 and a market cap of $146.7 billion, which is an all-time maximum level. However, now its price is falling dramatically.

Last month, Ripple’s native cryptocurrency managed to attract the attention of institutional investors, and began its significant rise. In the beginning of December 2017, the price of XRP was about $0.2 but then it started a triumphal price growth and managed to become the second largest cryptocurrency by market cap, leaving Ethereum behind for more than a week. 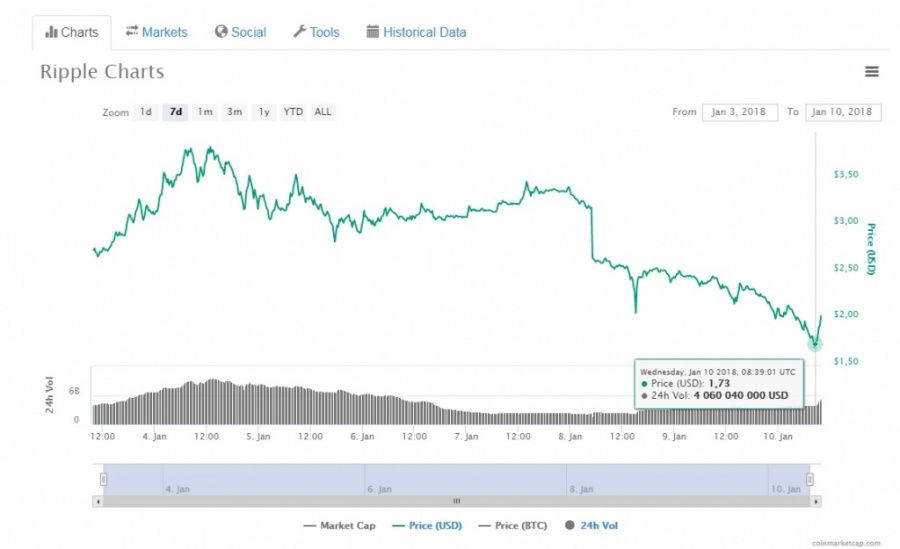 Yet, while Ripple helped its traders to earn impressively last month, it is now facing corrections. At the time of publication, the price of XRP is still falling. $2.14 per XRP, and its Market Cap slightly more than $82 billion USD.

XRP was launched in 2013, when 100 billion coins were issued, and that’s the maximum amount of XRP coin ever to be issued according to its protocol. 20 billion XRP were retained by the creators, who were also the founders of Ripple Labs. The rest of the coins are slowly distributed.

XRP is a currency that can’t be mined, but rather rewarded. It uses a different algorithm to most of the cryptocurrencies, like Bitcoin. It uses less electricity than bitcoin, thus, is much cheaper. It also performs transactions much faster than Bitcoin and many other coins. Moreover, it allows any user to create their own point of exchange.

Sounds good? Yep, but not good enough for everyone though. Not all the cryptocurrency experts are so optimistic about Ripple.

"The reason for this growth in Ripple is that it's a bubble," recently stated Erik Voorhees, head of ShapeShift, in an interview to CNBC.

Indeed, unlike most of the crypto tokens and the idea of cryptocurrencies itself that is focused to operate without traditional banking, Ripple’s system was created to be used by banks. UniCredit, UBS and Santander have already adopted its system.

Still, it is not the first attempt of XRP coin to get the same popular status as Ethereum or Litecoin have, and despite all of the both positive and negative statements about it, with prompt support from institutional investors it has a chance to reach its goals.