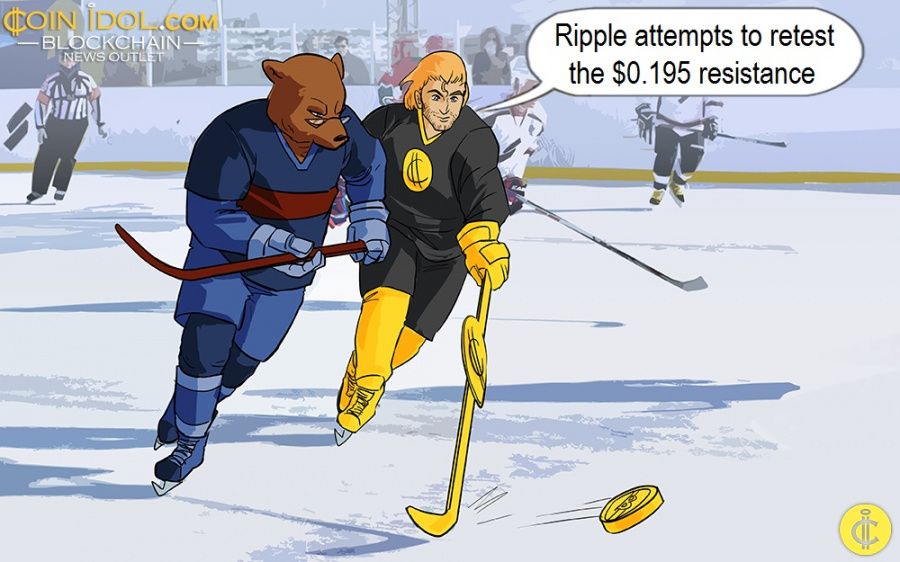 Presently, Ripple has continued its downward move as the bears broke the $0.18 support. The bears have overwhelmed the bulls as buyers fail to breach the $0.0205 and $0.195 resistances.

Initially, if the bulls had broken the $0.205 resistance, the market would have reached a high of $0.25. The momentum also would have sustained to $0.28 resistance.

Equally, XRP would have moved out of the bottom of the chart. The inability of buyers to push the price upward has given sellers the advantage to sink XRP. Ripple fell to $0.1784 low but has pulled above the $0.18 support. Possibly, a rebound at the current support will catapult XRP over $0.19500 resistance.

Consequent to the downward move, the RSI has also fallen to level 47. The implication is that Ripple is prone to falling again. The EMAs are sloping upward while 12day EMA provides support for Ripple. 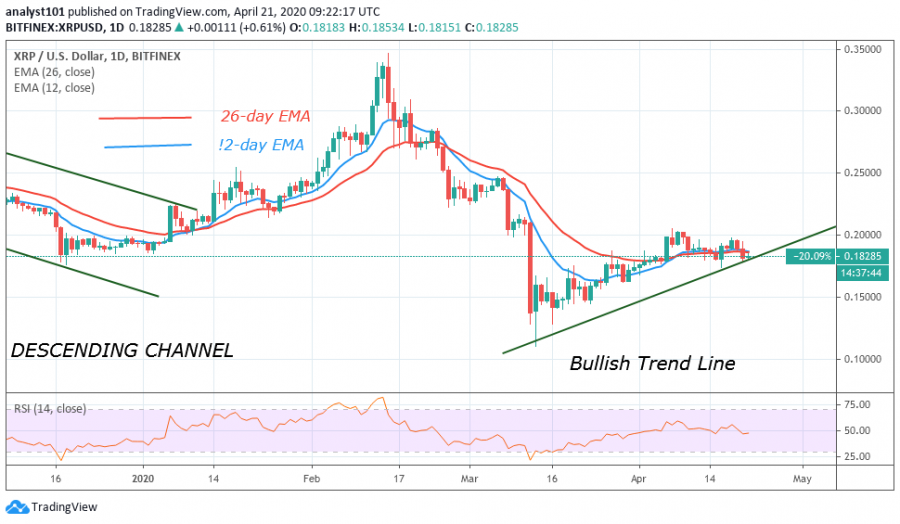 Tags
Support Ripple Analytics Forecast Investing Price Research Cryptocurrency
Most Popular
May 08, 2021 at 11:25
News
There is Fire in the Cryptocurrency Market As Dogecoin Could Be the Next Big Thing
May 08, 2021 at 10:26
News
Polkadot Attempts to Breach $40 Resistance, Lacks Buyers at Higher Price Levels
May 08, 2021 at 09:39
News
Ethereum Continues Its Bullish Run As It Attempts to Jump Over $3,750 High
May 07, 2021 at 12:43
News
Ripple Faces Stiff Resistance at $1.70 High as Bears Attempt to Sink XRP to $1.00 Low
May 07, 2021 at 10:39
News
Revolut Users Will Gain Stronger Control of Their Bitcoins with New Withdrawal Feature
More