Ripple Makes a Steady Decline after a Sharp Spike towards $0.65 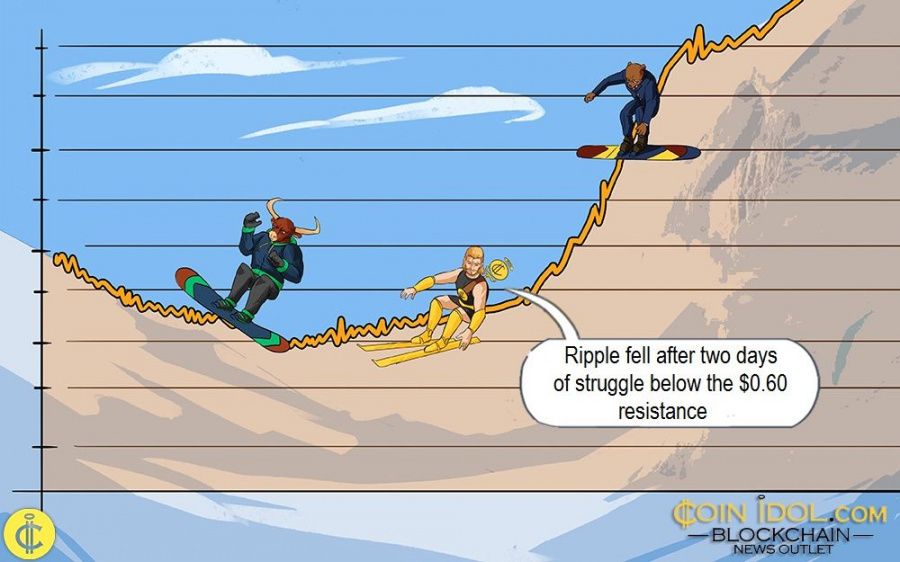 Ripple slumps down after failing to break the $0.60 resistance. The altcoin had earlier rebounded on December 16 to retest the previous highs but could not.

A daily candlestick on December 17 with a long wick has indicated strong selling pressure above the recent high. Ripple fell after two days of struggle below the $0.60 resistance. The coin has fallen to the support of the 50-day SMA. The crypto risks a further downward move if it breaks below the second moving average (50-day SMA). The coin will fall into the bearish trend zone. Alternatively, if the 50-day SMA support holds, there is a likelihood of uptrend resumption.

The coin is trading at level 47 of the Relative Strength Index period 14. It indicates that XRP is in the downtrend zone and that the bullish momentum is likely to continue. The 21-day SMA and 26-day SMA are sloping upward indicating the previous uptrend. 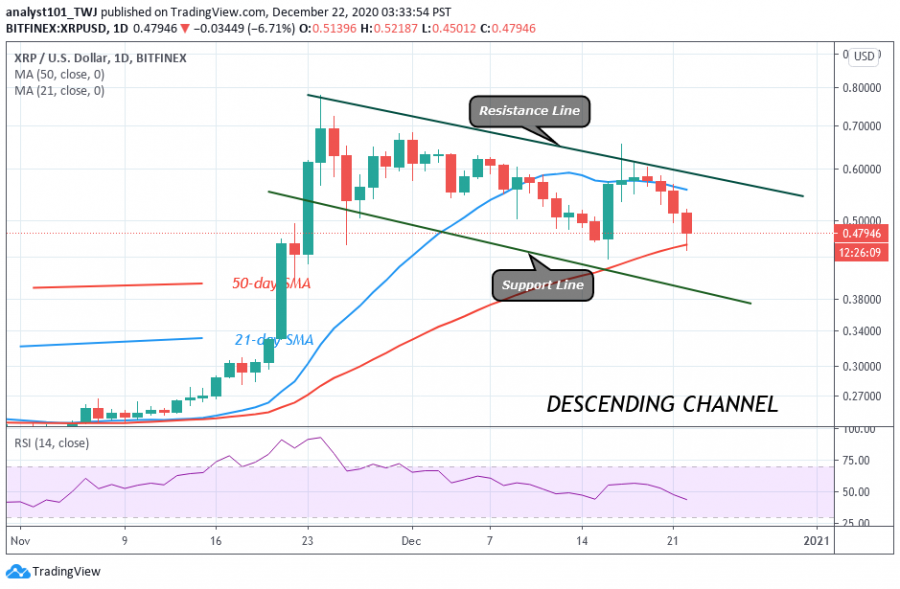 Ripple downward move has reached bearish exhaustion. The current downturn was a result of rejection at the $0.60 resistance. XRP corrected upward at the 61.8 % retracement level and plunged exactly at the 1.618 Fibonacci extension. The downtrend is likely to be over. The daily stochastic indicator has confirmed that XRP has fallen below the 20% range. In other words, it is in the oversold region, and buyers are expected to emerge. 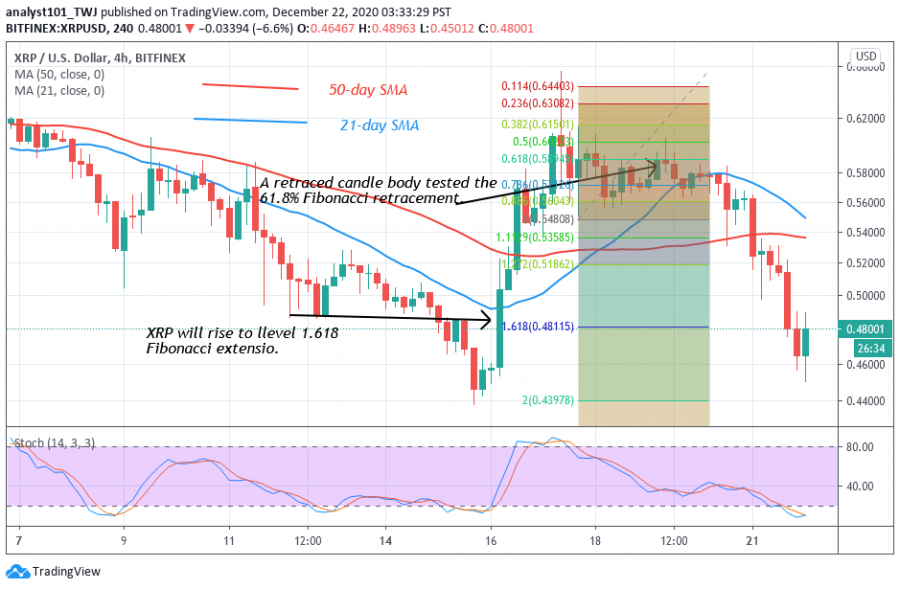 Tags
Ripple Support Analytics Downtrend Forecast Cryptocurrency Trading
Most Popular
May 16, 2021 at 11:30
News
3 Reasons Why Payment Service Platforms Switch to Blockchain, Facilitating the Adoption of the Tech
May 16, 2021 at 10:35
News
Chainlink Rally Stalls at High of $52 as Altcoin Retraces for More Upside Momentum
May 16, 2021 at 09:29
News
Uniswap Range-bound Between $36 and $44, Attempts to Breach Recent High
May 15, 2021 at 12:40
News
Low Orbit Crypto Cannon LOCC Lottery Draft Occurs Every Hour | Stake Once to Enter All Upcoming Drafts
May 15, 2021 at 11:20
News
Dogecoin Resumes Fresh Uptrend as Buyers Recoup Above $0.40 Support
More