Ripple Consolidates Above $0.80 as Buyers Attempt to Avert another Downtrend 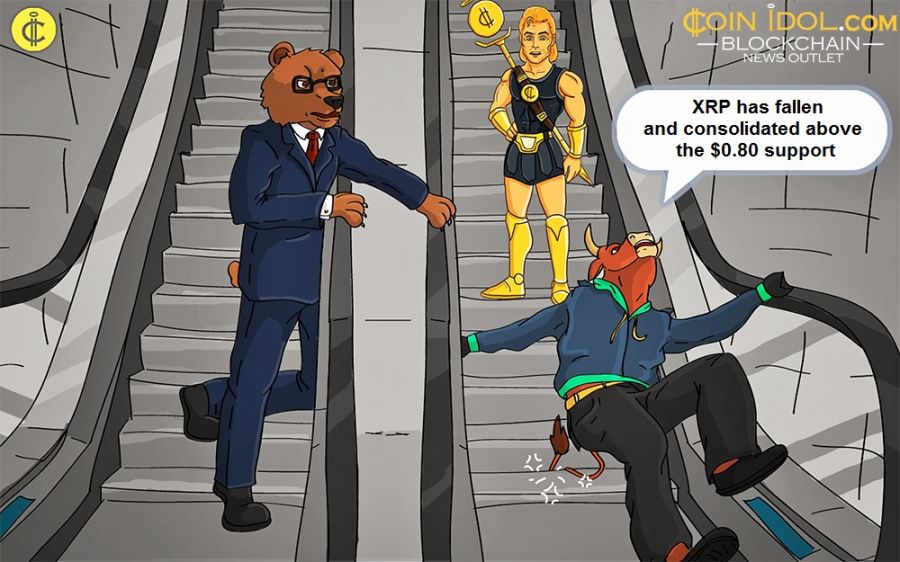 The price of Ripple (XRP) remains in a downward correction after buyers failed to keep it above $1.00 resistance.

Since December 29, XRP has fallen and consolidated above the $0.80 support. Ripple's upside has been capped below the high of $0.85. Over the past week, XRP/USD has traded marginally between $0.80 and $0.85.

Ripple has fallen to level 42 on the Relative Strength Index for the 14 period. The altcoin is in the downtrend zone and can fall. The price bars are below the moving averages. This determines the extent of the downtrend. If the altcoin fails at the $0.85 resistance, the selling pressure will continue until the next support. Currently, the cryptocurrency price is below the 20% range of the daily stochastic. The market has reached the oversold zone. 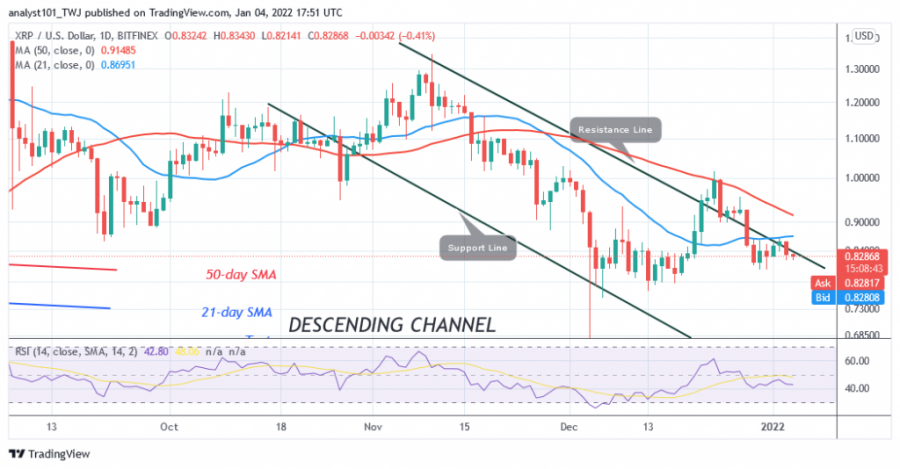