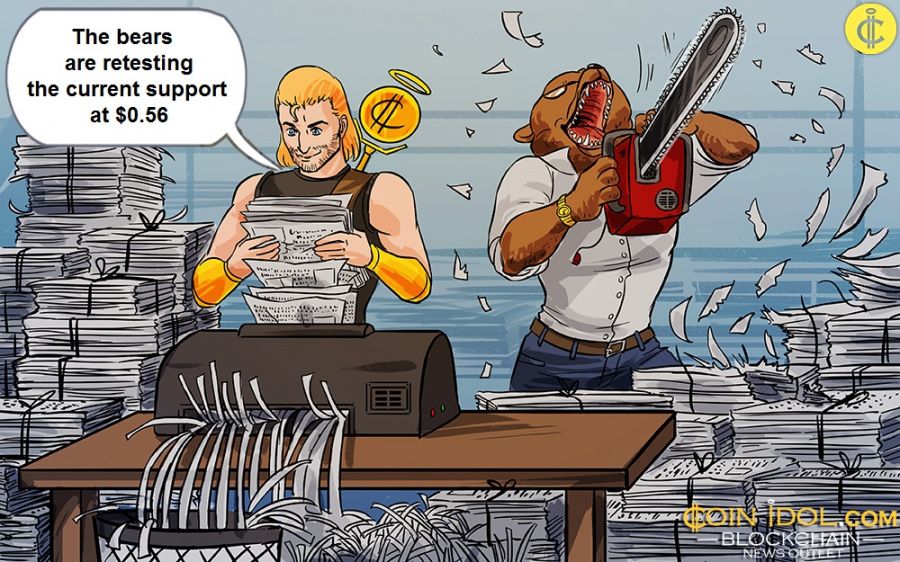 The price of Ripple (XRP) is in a downward correction as XRP holds above the $0.56 support level.

On May 4, XRP recorded an upward correction but failed to overcome the resistance at $0.75. The cryptocurrency reached the high of $0.65 and was pushed back. Last week, XRP/USD fluctuated between $0.56 and $0.65 price levels. If the bears break the current support, XRP will fall to the low of $0.54 or $0.50. The current support is the historical price level from January 22. Buyers will probably defend it strongly. On the upside, if the bulls break the high at $0.65, XRP will rise above the high at $0.75. Meanwhile, the bears are retesting the current support at $0.56.

Ripple is at level 37 on the Relative Strength Index for period 14. The altcoin was previously in oversold territory as buyers emerged from the oversold area. The altcoin is above the 25% area of the daily stochastic. XRP is in a bullish momentum. The 21-day line SMA and the 50-day line SMA are sloping south, indicating a downtrend. 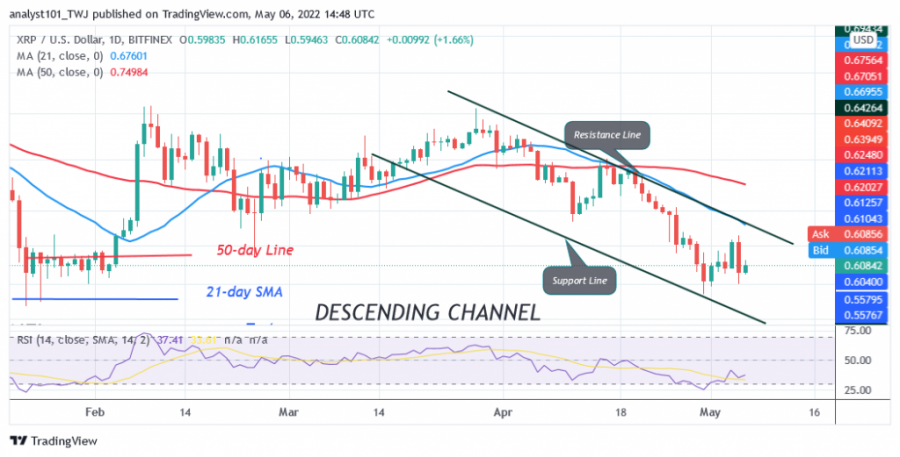 XRP/USD is trading in a tight range as the altcoin faces rejection at the high of $0.65. Selling pressure will pick up again if the bears break below the support at $0.56. Meanwhile, the downtrend from April 11 has shown a candle body testing the 50% Fibonacci retracement level. The retracement suggests that XRP will fall to the 2.0 Fibonacci extension level or $0.48. 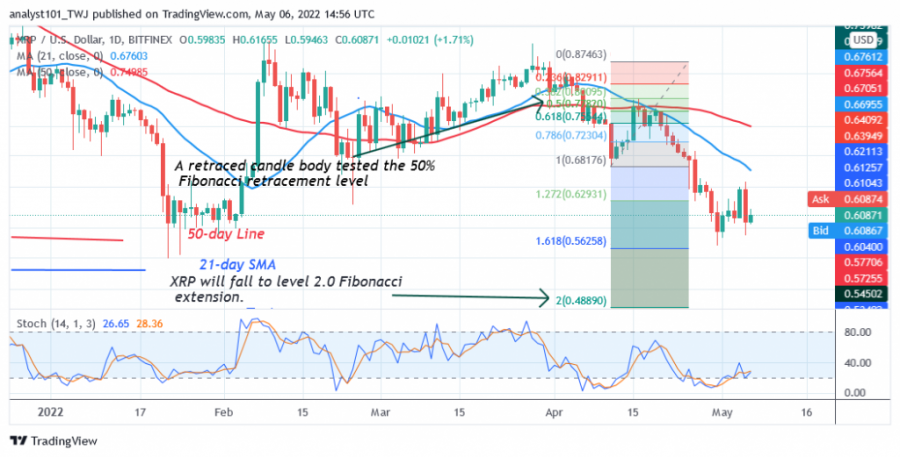