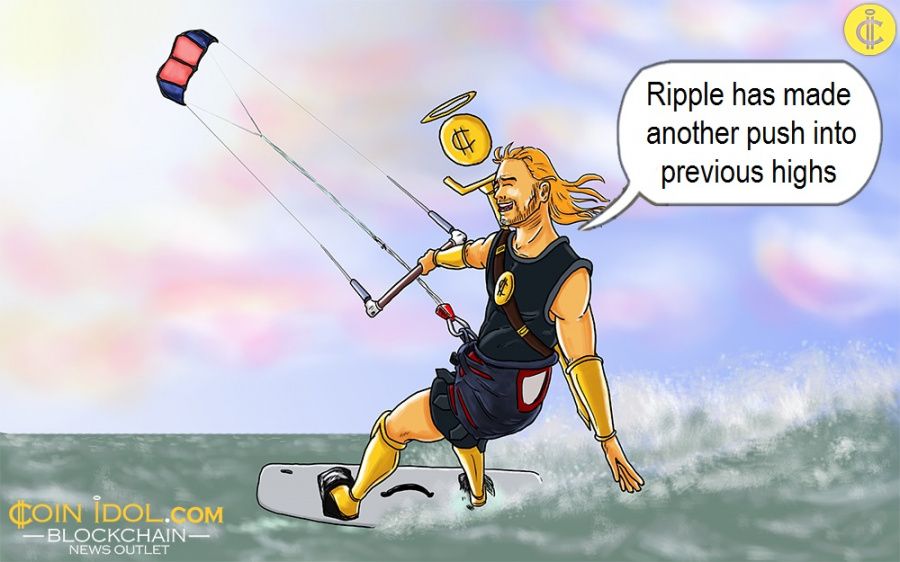 Ripple has made another push into the previous highs as price broke the resistance at $0.20. Before now the coin has been range-bound between $0.19 and $0.20 for the past week.

Sellers have emerged at the $0.205 price level to push prices down. Ripple is still trading below the $0.205 resistance. A break above $0.205 resistance will accelerate price movement to the $0.22 high. On the downside, if the bulls fail to break the current resistance, the coin will be range-bound between $0.195 and $0.205 for a few more days. Ripple is trading at $0.203 at the time of writing.

Ripple has the chance of rising as the price bars are above the exponential moving averages. The crypto is in a bullish momentum as it is above 60% range of the daily stochastic. 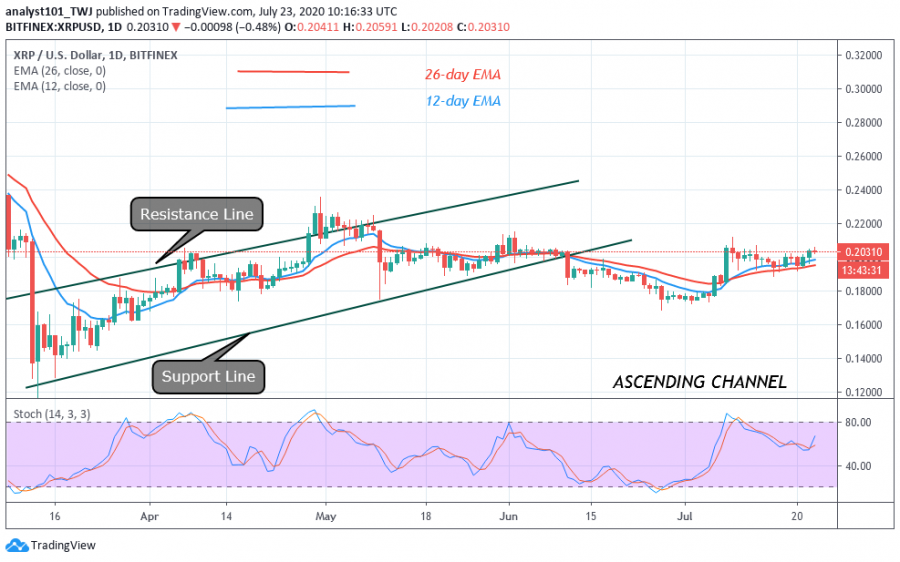