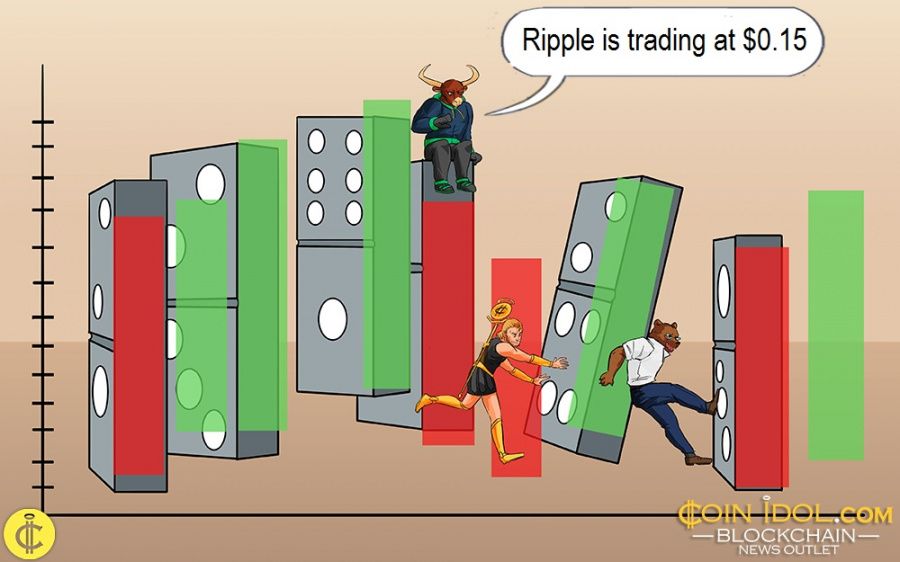 Ripple is currently trading at $0.15 after encountering a break down at the $0.12 low. Since the downward move on March 12, XRP has been fluctuating between the low of $0.12 and a high of $0.17. Neither the bulls nor the bears have broken the key levels of price range. The initial attempt by the bulls to break the $0.17 resistance was hampered as the market continued its downward move.

The bottom line is that Ripple is confined between the range of $0.12 and $0.17. The bears have only made two unsuccessful attempts at the lower price range. The bulls trade at the upper price range and have made attempts at the $0.17 resistance. Ripple will rally above $0.20, the moment the bulls overcome the $0.17 resistance. In the meantime, if the bulls fail to overcome, the range-bound movement will continue for a few days.

Ripple is out of the oversold region but above the 20% range of the daily stochastic. This implies that XRP is in bullish momentum. Under the current dispensation, the momentum is weak as a result of the prevailing trend. The EMAs are still pointing downward indicating the downtrend. 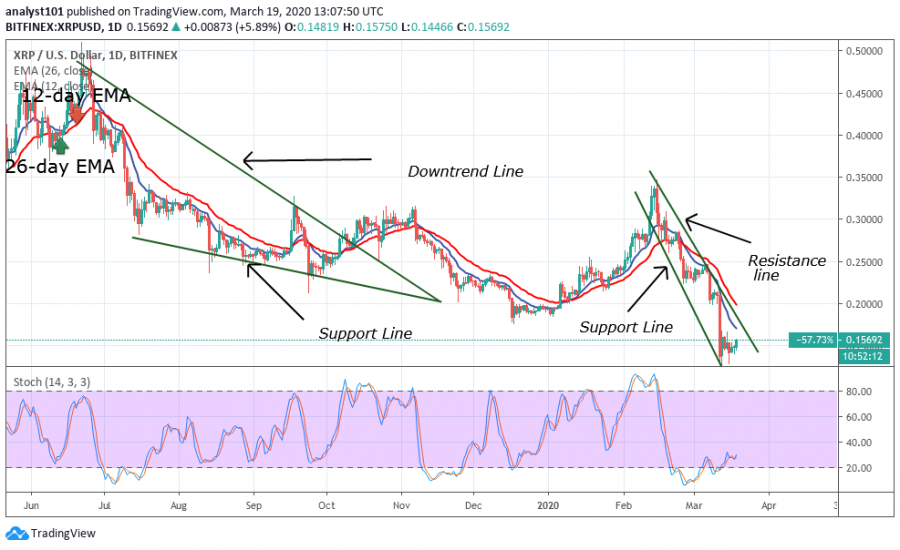 Ripple is likely to make an upward move. The bulls are emerging to push XRP upward which was previously oversold. On the upside, if the current momentum is sustained, the current price will rise above the $0.17 resistance.