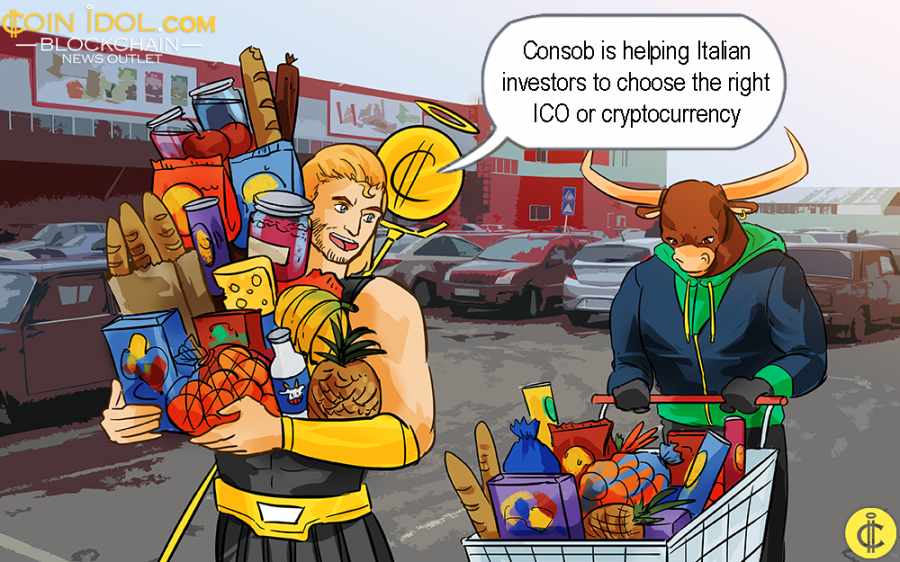 Last month, the Commissione Nazionale per la Societa e la Borsa (Consob), the government authority of Italy responsible for regulating the Italian securities market, released a document covering initial coin offerings and cryptocurrency exchange platforms in Italy. The authority engaged with all stakeholders such as savers, professionals, traders, promoters and others, with the aim of getting their point of view to be used in guiding the legislators especially in the present de iure condendo phase on the ICO.

Last month, Consob, issued a consultation on ICOs giving useful innovative guidelines in Italy via the project seeking to secure both Bitcoin and cryptocurrencies users as well as broadcasters.

In 2017, a total of funds that was raised via ICO (security and utility tokens) on the global market reached more than $7 billion and also surpassed $11 billion in 2018.

Italy has not yet made successful legislations on the initial coin offerings, like other countries such as Switzerland, UK, San Marino, etc., but it plans to do so soon. However, ICO have remained to be used and very much promoted in the country.

Initial public offering (IPO) and public purchase offer (OPA) have also been carried out in Italy. The introduction of a new crypto on the market has some similarities as a traditional financial product when it comes to authorization procedures to ensure public savings.

Financial Nature of an Investment

Consob had provided indications with the 20207 resolution of 2017, which is important for outlining all the features of the public offering, where by Article 94 of the Consolidated Law on Finance will apply. Also, investment of a financial nature is under three major elements viz. a financial performance expectation, a use of capital, and the postulation of a risk correlated to the use of capital. There has been an ongoing communication focusing at buying and subscribing the OPA to the Italian residents.

The government warns the potential investors to first understand the real characteristics of the products offered before purchasing (as well as the model of financial product or instrument to ICO tokens), short of that, they might find the investment very risky and inopportune.

According to the valuable indications offered by Consob, the financial nature of an investment is actually ascertained and determined by the concurrence of 3 major feature: the use of capital; a financial performance expectation; and the assumption of a risk correlated to the use of capital.

Generally, the Consob wants to understand if those that purchase token utilities are actually interested in the service they offer or they are just doing it for speculative purposes.

Meanwhile, the Bank of Italy together with Consob are considering to develop effective mechanisms that will help in overseeing and monitoring blockchain and cryptocurrency activities in the nation.