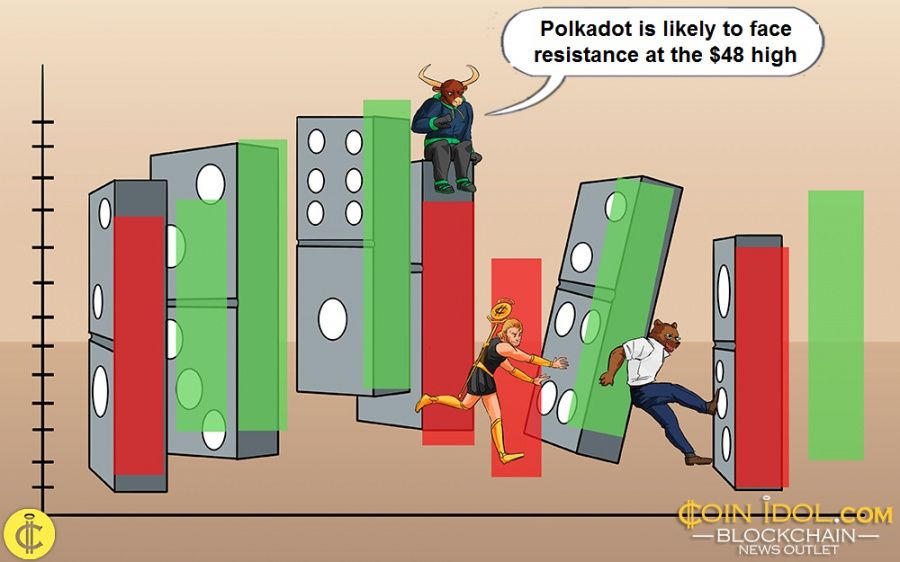 The price of Polkadot (DOT) has retreated over the past two days after reaching a high of $43.20. Buyers were unable to break above the resistance zone at $44.

The altcoin is falling back from the recent high and is likely to hit the low of $39. The uptrend will resume if the price finds support above the recent low. On the upside, the market will go up to $50 if the bulls break the resistance at $44.

DOT price has risen to the level 64 of the Relative Strength Index of the period 14. The cryptocurrency is in the bullish trend zone and approaching the overbought zone. The price bars are above the moving averages, which indicates further upward movement. The altcoin is on the retreat as it is below the 80% range of the daily stochastic. The market is in a bearish momentum. 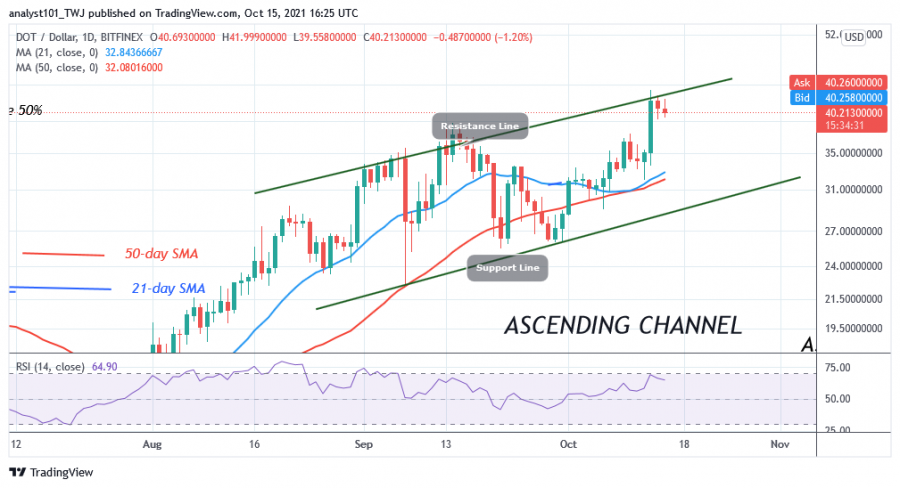 On the 4-hour chart, Polkadot has risen back above the $36 support to resume the uptrend. The altcoin has retreated after rejecting the $44 resistance zone. Meanwhile, the uptrend from October 13 has shown a candlestick testing the 50% Fibonacci retracement level. The retracement suggests that the price of DOT will rise to the 2.0 Fibonacci extension level or $50.59. 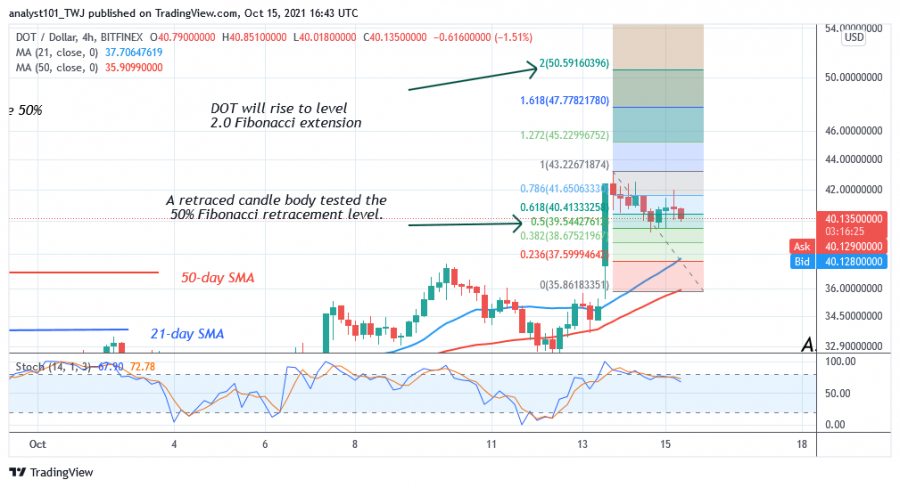