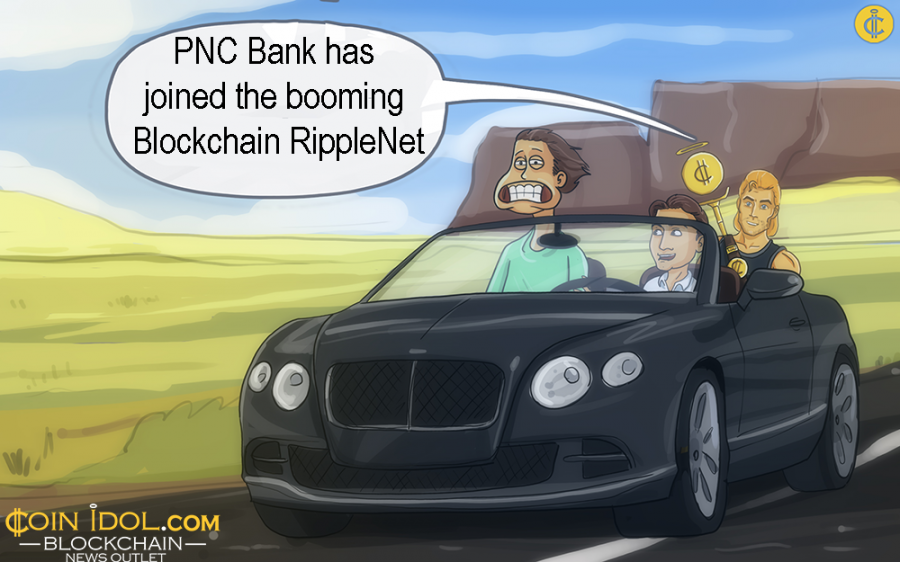 The Blockchain ecosystem is flourishing, and PNC Bank, one of the top ten banks of the US, is following it. The financial institution has joined the booming Blockchain RippleNet by Ripple. Additionally, it has become one of the 100+ banks that have come to incorporate the RippleNet Blockchain.

PNC Bank managed to ease immediate real-time payments inside and outside of the nation. This will influence more than 8+ million customers of the financial institution, that has branches in more than 19 states. The users it will influence change vastly, from individual customers to small businesses and giant corporates.

The Impact of This Move

Most notably, it will aid all these various sorts of customers to make and receive payments, immediately, in real-time, from financial institutions outside the nation. These will radically change the process of account management, as several payments can be made immediately the invoice is issued.

Ripple announced it officially, noting that:

“Now, a commercial client in Pennsylvania receiving a payment from a UK buyer will be able to receive payments against their invoices instantly, transforming the way they manage their accounts receivable and allowing them to better manage their working capital.”

The Potential of Blockchain & RippleNet

Ripple is on a roll. It has been bringing every individual on board the Blockchain technology experience. Further, PNC Bank, as noted, is among the 100+ banks to join the booming platform.

RippleNet has stretched its reach, ever since it has started, and has been increasing rapidly. In addition, RippleNet has had itself into 40+ nations on the six continents of the globe with this effort.

“The bank joins some of the world’s leading financial institutions on the network. It includes Banco Santander, American Express and the SBI led, japan bank consortium to name a few.”