The Evolution of Money, or Why People Shouldn’t be Afraid of Cryptocurrency? 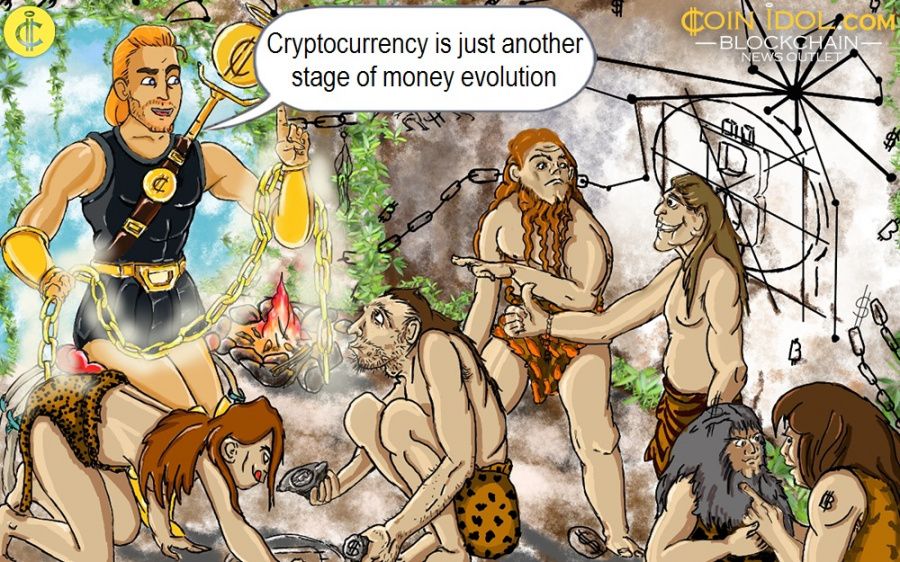 Many governments as well as citizens remain cautious about cryptocurrencies as they lack awareness and understanding of their nature. However, history proves that digital currencies are just another form of money like shells or silver coins with the only difference that it cannot be touched for the first time ever.

Since the early dawn of evolution, people have been choosing tangible objects to exchange for goods and services – commodity money. Then in the course of evolution, they switched to more convenient forms of money such as coins made of copper, silver, and gold – representative money. As the demand for money grew, humanity needed more convenient and lighter forms of money. Shells and stones were heavy, metal coins were more convenient, but still not enough. That is why people switched to paper banknotes – fiat money.

Now, as the world goes increasingly digital, there is the need for a digital form of money that might be used without the necessity to live digital realm or go outside one's house, and that digital currency could be a stablecoin, privacy coin, cryptocurrency or a central bank digital currency (CBDC).

There are 3 forms of money recognized by governments and economists and these include commodity (CM), representative (RM), and fiat money (FM). Commodity money is the type of money that's in the form of a commodity with intrinsic value. FM is a state-issued currency which isn't backed by a commodity like diamond or gold. This form of currency gives central banks superior powers to control the economy since the CB has the authority to know and regulate how much money is printed – examples of fiat currencies include the U.S. dollar, shillings, pounds, euros, yuan, etc.

RM isn’t money itself, but something that represents money. RM is an item like a token or piece of paper which lacks intrinsic value but can be exchanged on demand for a product which has intrinsic value, like gold, diamond, silver, oil, copper, tobacco, etc. It is legally interchangeable for money.

People treated new forms of money differently. When a new product (let’s say a certain technology like the internet) is launched, people tend to welcome it with one arm, but as the technology grows they keep on appreciating the potential and the benefits of that particular product. So, this is the case with the evolution of money right away from CM to RM to FM and now to a new form of money called cryptocurrency. People don’t always embrace them (change) at once.

The necessity to replace traditional fiat currencies also emerged and this led to the birth of cryptocurrencies. Cryptocurrencies first appeared in January 2009 when Bitcoin (BTC), the globe's first decentralized digital currency, was officially launched by its developer known as Nakamoto Satoshi. And since its inception, the value of BTC has surged because most people have embraced it and are now using it to make cashless payments and also as an alternative means of investment.

All other new cryptoassets are now being created to address the inadequacies of BTC or to attend different markets such as darknet online markets. Cryptocurrencies have been of great help during this period of Covid-19 pandemic. Many governments around the world have advocated for the use of cashless payments including Bitcoin and other cryptocurrencies, and this has played a big role in stopping the spread of Coronavirus through infected banknotes.

Unlike the benefits of fiat currencies, transactions conducted out using cryptocurrency have proven to be more transparent, secure, fast and cheap. They have massive returns, timely, easily exchanged internationally, more confidential and increased liquidity, and don’t need any middle man, they also have an unprecedented potential to help the unbanked population. Generally, digital currencies are slowly but steadily becoming a widespread means of payment. Therefore, there is no need to be afraid of new forms.