PayPal Did Not Confirm any Plans on Cryptocurrency, Though Its Interest Is Obvious 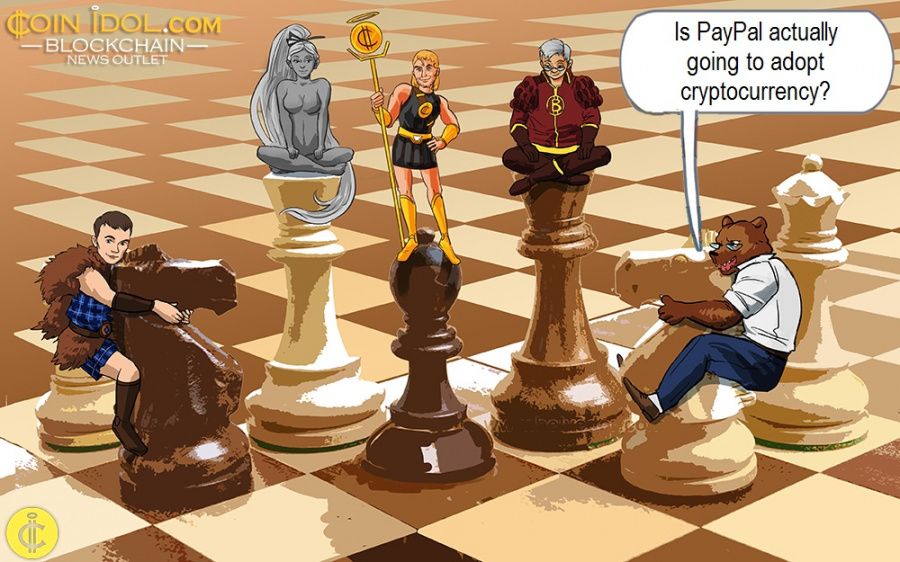 After PayPal’s letter to the EU Commission was revealed, many news outlets started speculating that the company confirmed their plans on cryptocurrency implementation. However, the letter has no details on any cryptocurrency-related activity except for research, which only proves the company’s interest in cryptocurrency.

Although the letter was sent back in March, somehow it was revealed only now, after the spreading of rumours about PayPal offering cryptocurrency services. It mostly concerned regulations and potential of the industry, hinting that the company has been making some efforts to progress in it.

The global payment giant advised the EU Commission to build a clear legal framework for businesses dealing with cryptoassets as the industry lacks regulatory clarity, at the same time prompting the government to remain neutral to innovation. PayPal argued that the lack of a proper framework might scare off businesses to deal with cryptocurrency while creating numerous loopholes for those who prioritize compliance.

Perhaps, this allows for assuming that PayPal is waiting for regulatory certainty to progress with any plans related to cryptocurrency. However, as of now, rumours remain only rumours, with the company still silent about anything.

As CoinIdol, a world blockchain news outlet, reported in late June, the community has been excited by the news that PayPal is going to launch direct buy and sell of cryptocurrency. However, the payment giant was taking its time to provide any confirmations, making people hesitate if this is something more than rumours.

The plans of PayPal were first reported by Condesk news outlet when it cited an anonymous source allegedly close to the company. The rumour was amplified by the fact that PayPal announced the hiring of blockchain and cryptocurrency engineers to its team. This has put the entire community in excitement, for PayPal is one of the biggest and most popular payment operators globally. So, if the company adopts cryptocurrency, it might significantly boost the market.

However, none of the PayPal representatives officially commented on the news. Coinbase and Bitstamp that are said to be its partners on the crypto introduction also keep silent, refusing to communicate with the media on the matter. On one hand, it might mean that the plans are still in process, and the company does not want to announce anything before the planning stage is over. On the other hand, this might be nothing but rumours, and PayPal actually has no plans on adopting cryptocurrency.

Keeping up with progress

Nevertheless, the community is generally supportive of such an initiative, while making guesses which coin PayPal might choose. Indeed, such a move seems quite logical, considering the popularity cryptocurrency has gained recently. Offering direct cryptocurrency buying and selling opportunities could make PayPal stand out among its competitors and strengthen its position as the leading payment processor.

As of now, the company has 325 million users. After introducing cryptocurrency, it may attract much more users, including those unbanked or underbanked. Besides, Bitcoin exceeded PayPal in annual transaction volume back in 2019. So adopting such a currency into its system might actually push PayPal way ahead of their competitors.

As of now, PayPal has lots of alternatives including Shopify, Payline, Payoneer, Square, Skrill and others. Most of them have much cheaper fees and flexible conditions, which allows them to successfully compete with PayPal. However, most of them do not accept cryptocurrency, at least, not directly. Only Square introduced bitcoin purchases with its Cash App in 2018, and it brings them millions in profits.

Launching of direct opportunities for buying and selling cryptocurrency will turn PayPal into a number one payment processor worldwide. Besides, such a move will be a step forward to finally connecting traditional currencies and digital ones.