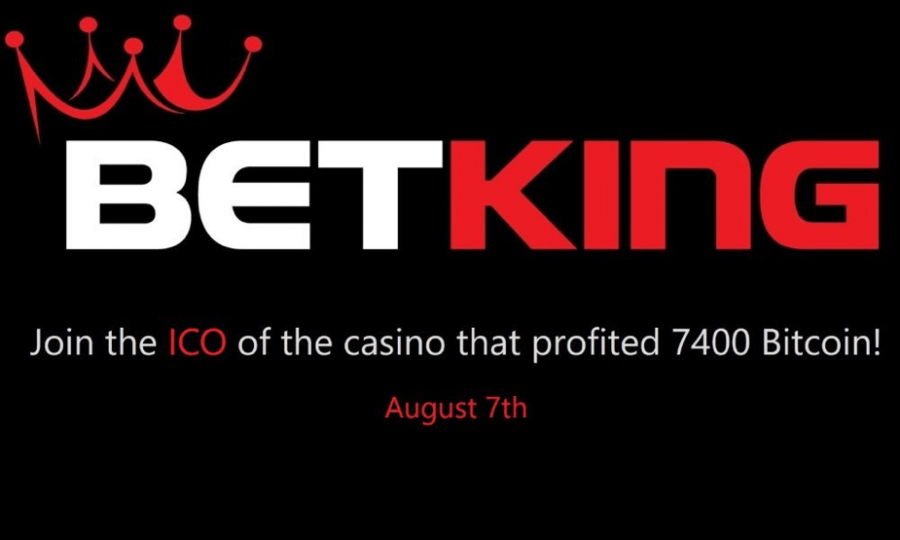 July 4, 2017, London, UK – The popular online Bitcoin casino, BetKing will soon be back in business, with a new upgraded platform. The platform’s relaunch will follow an ICO campaign which will begin on August 7, 2017, and go on until September 4, 2017. The BetKing ICO will offer investors and patrons an opportunity to support the relaunch by purchasing BetKing Bankroll Tokens.

The new avatar of BetKing will integrate lots of new features including new casino titles and support for additional cryptocurrencies. Launched initially in April 2013, the previous version of BetKing had a successful three-year stint to become one of the most popular online casinos. However, not satisfied with the present offering, the platform issued profit payouts to all its members and suspended operations in December 2016 with an intention to relaunch the next year.

The soon to be launched updated version of BetKing will offer new, provably fair casino games like Blackjack and Roulette while supporting Ethereum and Litecoin. The new platform will also allow casino websites and app owners to integrate BitKing with their platform. Under the new model, BetKing will look after user accounts and bets, while casino and app owners concentrate on developing their own unique games and promos without worrying about bankroll funding or security issues.

Following the launch, the casino will include sports betting, poker, other casino games and tournaments. The company will unveil its feature-rich beta platform next month, to give users a feel of what to expect from the upgraded BetKing. It will also provide full mobile app support for iOS and Android devices.

Why Join the ICO?

During its three years of operation, BetKing made a profit of almost 7400 BTCs from a single game (Dice game, which wasn’t added until 2014) with virtually zero marketing. With plenty of games, support for multiple cryptocurrencies and a strong community following, the platform is more than capable of recreating the magic, on a much bigger scale.

The casino platform is offering a total of 100,000,000 BetKing Bankroll Tokens, of which 70 million will be made available for purchase by participants, and the rest retained by the platform for bounty payouts, operational and marketing expenses and other team-related costs. Investors can buy the tokens with Bitcoin, Ethereum, Litecoin, and Dash. The received funds during the ICO will be held in cold storage.

The casino will be utilizing at least 50% of the funds raised during the ICO for the house bankroll that players bet against and from which the winnings are paid for. The remaining funds will be used for marketing, promos, SEO, design, development, server costs and legal.

BetKing has early bird discounts in place to incentivize investor participation. Those investing during the first week stand to receive a 15% discount, 10% during the second week, and 5% during the third week. An extra 5% discount will be available for previous BetKing bankroll providers regardless of what week they buy.

Every quarter the casino will offer to buy back up to 10% of a holder’s tokens at the prevailing buyback price. Token holders may choose to sell the tokens to third parties or any exchanges that might list BetKing Bankroll Tokens if they require more liquidity.

The crowdsale will start on August 7, 2017 (00:00 UTC) and end on September 4, 2017 (00:00 UTC). There is no cap on either the total or the minimum amount of funds that need to be raised for the crowdsale to be successful. BetKing Bankroll Tokens are intended to be used to invest in the BetKing’s bankroll only, and it will not imply a share in the company or offer any voting rights.

BetKing.io is the source of this content. This press release is for informational purposes only and should not be viewed as an endorsement by CoinIdol. We take no responsibility and give no guarantees, warranties or representations, implied or otherwise, for the content or accuracy.  Readers should do their own research before investing funds in any company.