Nvidia Has Revealed Its Total Profit from Crypto Sales for Q1 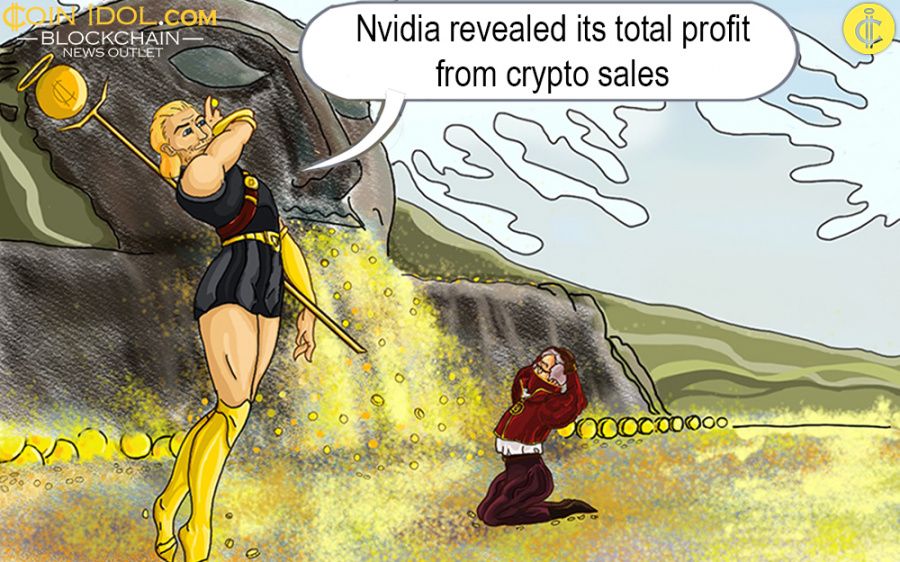 For the first time, the US-based technology company Nvidia has disclosed that it gained $289 million from the sale of company’s products, namely chips, to representatives of the cryptocurrency market in its first quarter. It also predicts much smaller revenue in the next quarter.

“Crypto miners bought a lot of our GPUs in the quarter and it drove prices up. I think that a lot of gamers weren’t able to buy into the new GeForce as a result,” Nvidia’s CEO Jensen Huang said on a conference call.

Technology giant of the world’s financial market Nvidia has revealed that its earnings in the Q1 were $289 mln, according to the corporate report. Such a large number is associated with the high demand of company’s chips raised by digital currency miners.

The sales were initially predicted to be much smaller. Susquehanna’s Christopher Rolland projected before the official announcement of Nvidia’s revenue, that the quarter would end up with the sales on the mark of $200 million.

However, Nvidia expects the cryptocurrency sales to fall by more than twice in the second quarter. The company has already reported about 3.8 percent shares decrease in trade after the profits were disclosed.

Nvidia’s main rival on the market, Advanced Micro Devices has also experienced increased interest from miners working with bitcoin and other crypto coins. The company reported in April that it had earned $1.65 billion in the first quarter, with net income profit of $81 million.

Tags
Nvidia Profit Cryptocurrency Million Market Companies Revenue Technology Production
Most Popular
May 16, 2021 at 11:30
News
3 Reasons Why Payment Service Platforms Switch to Blockchain, Facilitating the Adoption of the Tech
May 16, 2021 at 10:35
News
Chainlink Rally Stalls at High of $52 as Altcoin Retraces for More Upside Momentum
May 16, 2021 at 09:29
News
Uniswap Range-bound Between $36 and $44, Attempts to Breach Recent High
May 15, 2021 at 12:40
News
Low Orbit Crypto Cannon LOCC Lottery Draft Occurs Every Hour | Stake Once to Enter All Upcoming Drafts
May 15, 2021 at 11:20
News
Dogecoin Resumes Fresh Uptrend as Buyers Recoup Above $0.40 Support
More