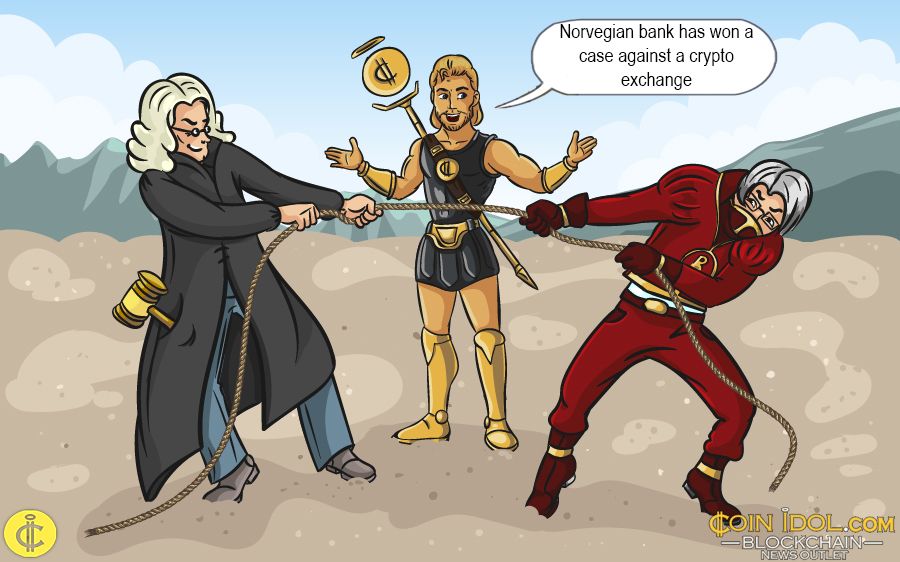 The district court of Oslo has ruled in favor of the country’s financial market giant Nordea Bank. Given the possible emergence of issues concerning money laundering and other illegal businesses, the bank has a legitimate right to close the account of the cryptocurrency exchange Bitmynt AS.

“The court finds it clear that this risk constitutes an objective reason for the bank to deny customer relationships under the Financial Contracts Act §21,” the Norwegian court stated.

Creator of fintech company Bitmynt Sturle Sunde responded to the decision of the court, claiming that his digital currency exchange had lost the case, however, it had been following the Money Laundering Act and had not been suspected of criminal activity. He also was disappointed because of the court’s decision, as he claimed the sentence went a long way in limiting more than just his own business.

“It’s very frustrating to get this judgment. The court has in practice put a ban on bitcoin trading,” Sunde noted.

The Origin of the Argue

This case is not the first for Nordea and Bitmynt, as the bank closed the exchange’s account last autumn. The financial institution explained its move as prevention measure of further incidents of money laundering and terrorist financing.

“According to Nordea, there were up to 1,400 transactions a month through his account, all of which concern the purchases and sales of bitcoin,” Norwegian news outlet Dn wrote.

“Oslo District Court believes Nordea was in full right to deny Sunde and his company customer relations with the bank. The court rules that the bank is obliged to discontinue customer relationships if it involves the risks of transactions related to criminal offenses,” the publication went on.