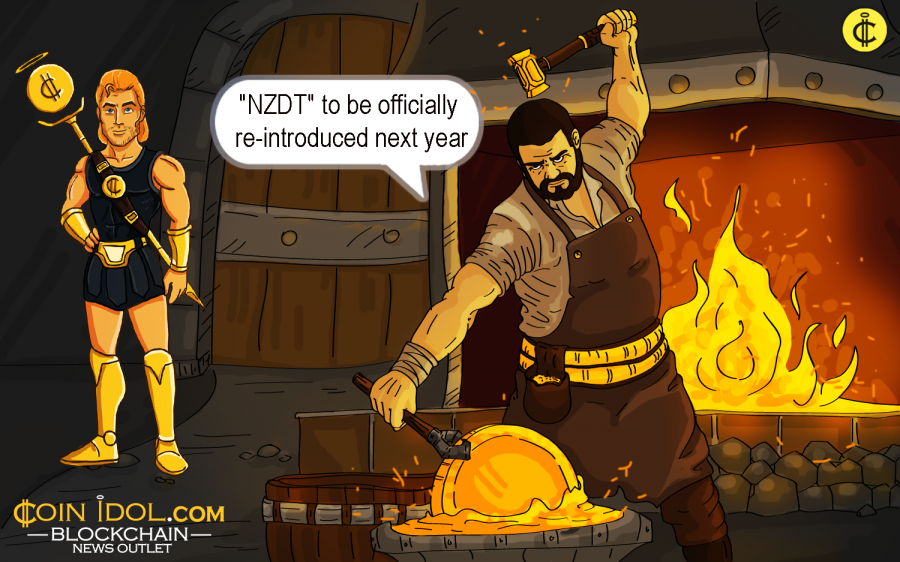 The exchange is collaborating with a new unidentified financial institution to launch NZDT again. Their most recent bank, ASB, had some issues with the coin inasmuch as compliance is concerned, know-your-customer (KYC) needs and the increase in Australian digital currency slanders. Currently, the coin’s developers are working hand in hand with several senior government officials that are so determined and inquisitive about digital currency, not condemning.

Additionally, a crypto tax expert at Bell Gully law firm, Campbell Pentney, also talked about the regulatory issues that left several people at the mercy of financial institutions, especially banks that were themselves spooked because of the uncertain legal climate. Due to that factor, trading volumes were hindered since people had limited alternatives. The lawyer repeated these sentiments and explained:

“Not having them matters hugely. It was going great, growing massively fast, and then suddenly there was no banking access. People are saying: ‘how do I buy bitcoin? There are a few cryptocurrency exchanges in New Zealand, but volumes are very low and few people are using it. If you had a large amount in bitcoin, it would be quite difficult to get it out. Some banks are cautious about cryptocurrencies and anti-money laundering legislation and some go as far as closing your account if you are dealing with cryptocurrencies.”

Pentney is optimistic that the relaunch of NZDT will be a boon to New Zealand's cryptocurrency investors. Originally, NZDT was largely applied to buy other coins, in fact, the tax expert revealed that he expects the market expansion:

"Let's assume blockchain takes off and has amazing projects all over the world," he said. "Without an NZ dollar entry point [like NZDT], New Zealanders will find it hard to invest in these projects directly."

The coin, NZDT, was originally released in May last year, prompting Kiwis to enter the cryptocurrency space and start purchasing Bitcoin (BTC) and other bullish cryptos. In the beginning, the trading volume was too low but the exchange later progressed after 4 months and started transacting 1 million New Zealand dollars a day. Nevertheless, earlier this year, its account was officially shutdown by ASB bank.

Tags
Cryptocurrency New Zealand News Exchange Blockchain Conference Release Fiat
Most Popular
Apr 20, 2021 at 12:00
News
Viberate and Blockparty to Test First-Ever “Live Gig NFT”, and What It Could Mean for the Music Industry
Apr 20, 2021 at 11:23
PR
Fly to the Moon and Win One of Three Tesla Cars with New Bitcasino Game, Live Crash
Apr 19, 2021 at 13:28
News
Ethereum Resumes Selling Pressure, Unable To Breach $2,300 Resistance
Apr 19, 2021 at 12:24
News
The Cryptocurrency Industry in Nigeria Is Booming Despite Scams and Regulatory Uncertainty
Apr 19, 2021 at 11:17
News
Bitcoin Recovers but Faces another Rejection at $57,000 Resistance Zone
More