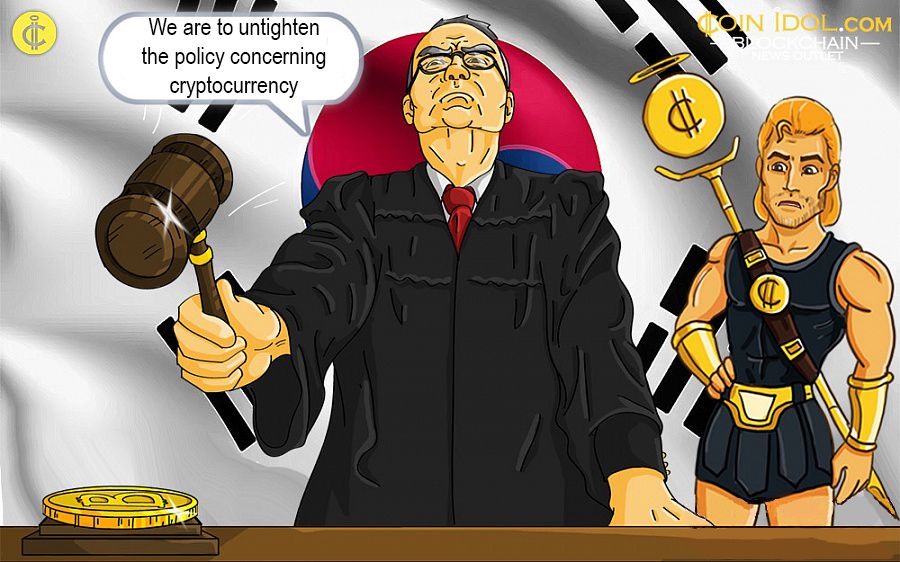 South Korea has been swamped reviewing its cryptocurrency regulations. The regulators hope to loosen the rules on cryptocurrency assets in line with G20 famous policies. Another government agency is managing an in-situ inspection of cryptocurrency firms following several hacks and this has attempted the Bank of Korea to issue out a report with its major focus on using cryptocurrency as an alternative means of payment.

Last week, the Korea Times reported that the Financial Services Commission (FSC), the country's giant financial regulator, has revised and updated its guidelines associated with all operations of the country's top crypto exchange operators.

The financial regulators further plan not to tighten rules on cryptocurrency-based assets related to policies engineered by G20 nations to achieve unified regulations.

An FSC official revealed that any significant reversal in policies is improbable. Certainly, the policy change won't influence the manner cryptos are classified for purposes of regulation. Earlier long, the administration classified cryptos as 'non-financial products' because of their highly speculative nature and emphasised that Financial Supervisory Service and FSC won’t alter the position of the government on cryptocurrency or digital assets as it's very hard to fully value them as financial assets.

The Face Of The New Cryptocurrency Classification System

A classification system for crypto users and other blockchain-related enterprises has already been created by the Ministry of Strategy and Finance Statistics of S.Korea, that is accountable for all statistics in the whole country.

Sedaily elaborated that Statistics Korea has been for long collecting comments concerning new classification system,  that will be revised by the National Statistical Commission Policy Subcommittee on Wednesday 11 July this week and the formal results will be released on 25 July. The publication expounded:

"Cryptocurrency exchanges such as Bithumb and Upbit are expected to be officially classified as Cryptocurrency asset brokers after the government's current title of 'virtual currency handler' is removed... The blockchain industry, will be managed as a formal industry, starting with the government's industrial classification, and conducting surveys and statistics." Adding that "Blockchain platforms such as EOS and Ethereum also have unique industry classification criteria."

The Agency further indicated that the forthput classification will be majorly used for administrative purposes for the growth and development of Statistics and other government policies and support, emphasizing that the new classification system of cryptocurrency-related entities mainly for statistical reasons doesn't at any point affect the regulations by the FSC.

The Big Cryptocurrency Report By Bank Of Korea

Furthermore, on July 6, the Bank of Korea (BOK), officially released its report on "central banks and cryptocurrency" and this big report looks at both domestic and international major discussions on the legitimate and economic landscape of cryptocurrency assets, not excluding the key points related to the central bank.

The central bank described that as of December 2017, Korean banks were holding cryptocurrency assets amounting to US$1.79 billion which is equivalent to about 8% of the overall deposits by Korea's brokerage houses.
The BOK indicated that the number of cryptocurrency-asset investment is not that much compared to other local financial institutions and equity markets' exposure to major risks of digital assets is highly insignificant.

The Real News Korea showed that cryptographic assets are more fickle and have high transaction costs and processing time which makes it hard to work as a currency.

In addition, the central bank disclosed in its big report that if the technical issues of crypto are given medicine and the acceptability of crypto in the whole society is at its vanguard, it can't be precluded that it can be commonly used widely as a payment means and investment assets.

Tags
Cryptocurrency South Korea Assets Banking Report Government Policies Payment Regulation Korea
Most Popular
Jul 24, 2021 at 11:45
News
Pumping and Dumping, or Why Traders Shouldn't Go after Tweets from Crypto Billionaires
Jul 24, 2021 at 10:53
News
Uniswap in a Brief Rally, Faces Rejection at $19 High
Jul 24, 2021 at 08:19
News
Polkadot Is in a Sideways Trend below $13.50, Downtrend Likely
Jul 23, 2021 at 12:24
News
Remote Education Rocks: Top Universities, Including MIT, are Nurturing Blockchain Professionals
Jul 23, 2021 at 11:32
News
Ripple Rallies on the Upside but Is Unable to Breach the Resistance at $0.60
More