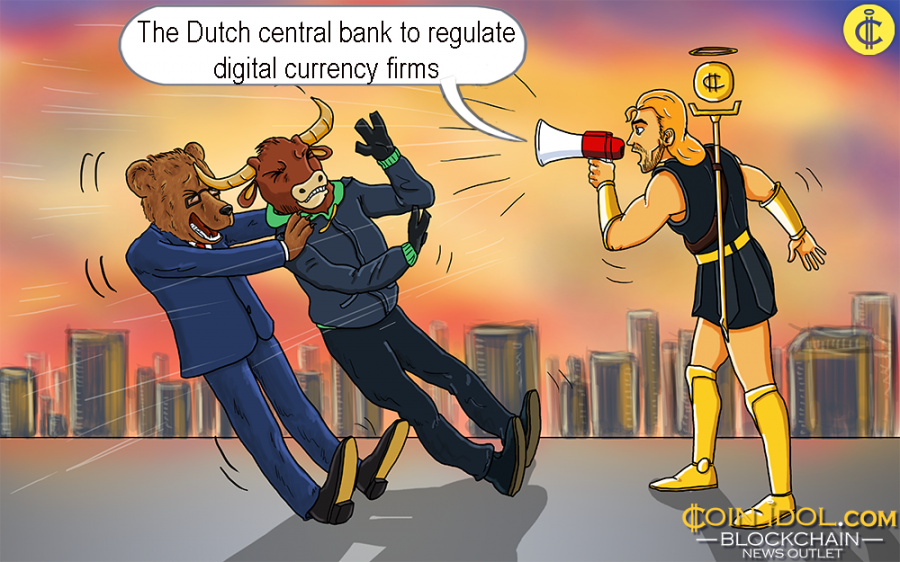 The central bank hopes the measure will prevent money laundering and the application of cryptos to finance terrorism, according to De Telegraaf – a Dutch daily newspaper. To be eligible for a license, digital currency firms must report anomaly transactions and try to understand who their clients are.

The bank revealed that the regulation was important since the decentralised, faceless nature of the digital asset makes it a major target for illicit money launderers.

An investigation showed that over $88 million has been successfully laundered in around 46 crypto exchanges across the world since 2016.

ShapeShift AG, an altcoin exchange service, purportedly processed over $9 million in malicious funds in the past two years.  The exchange recently enabled people to trade bitcoin and other major cryptos undercover, although it has adopted compulsory KYC since then.

In a similar way, the categorized sex-advertising website Backpage deployed digital currency exchanges to launder millions of dollars in Bitcoin (BTC), according to a CCN report.

“Cryptocurrencies are great if you’re trying to hide or launder money,” said Jerome Powell, the Chairman of the U.S. Federal Reserve.

According to the Q3 Crypto Anti-Money Laundering (AML) report conducted by CipherTrace, money laundering through digital assets is a big concern. The total number of bitcoin that have been laundered are currently at 380,000 worth $1,319,861,600.

CipherTrace further reported that exchanges based in nations that have weak AML laws hold 97% of illegal bitcoins. However, the research shows that activities related to money laundering through cryptos correlate to AML regulations and how best they are exerted on crypto exchanges.