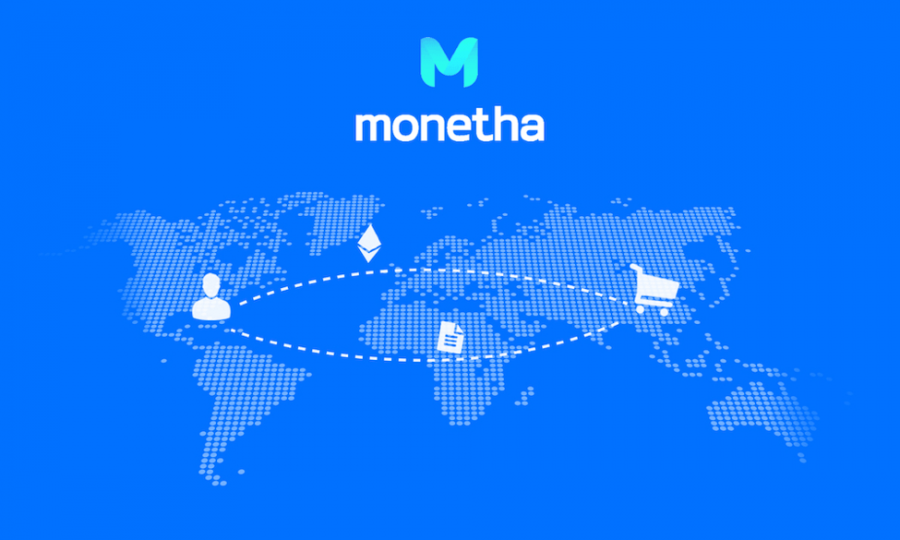 July 10, 2017, Vilnius, Lithuania –  Ethereum blockchain based mobile payment processing company Monetha, is powered by smart contracts with a decentralized trust and reputation system. Monetha’s service offers a faster, safer, and cheaper, decentralized payment gateway alternative to the current system employed by most of the today’s retailers and merchants. Monetha is best summed up as a combination of PayPal and Trustpilot, run on the Ethereum blockchain. The fintech company has announced its upcoming ICO campaign, which will commence on the 22nd of August 2017.

Monetha’s decentralized trust and reputation system (DTRS) uses smart contracts that integrate flawlessly with the payment processor. It is designed to build trust between buyers and sellers by recording vital information like product warranty and more regarding the transactions on the blockchain. An inbuilt algorithm analyzes the reputation of the users and assigns trust rating to each party. The trust rating is constantly adjusted based on the reviews, records on claims and disputes and more. By doing so, it solves the trust problem associated with transactions, especially when it comes to online purchases on domestic and international sites. It solves the lifelong trust problem between the parties, helping them avoid pitfalls like scams, charge-backs, and faulty goods, etc. Apart from e-commerce, Monetha’s decentralized trust and reputation system is also compatible with retail applications.

The co-founder and business lead at Monetha, Justas Pikelis said,

“We are very excited to start the revolution of global commerce by bringing trust and efficiency for both the merchants and the clients.”

Users can purchase products from all over the world in any Ethereum-based cryptocurrency and Monetha will automatically convert their chosen cryptocurrency back into a fiat currency of their choice. The platform generates a QR code that can be scanned by cryptowallets for making payments, and once the transaction is initiated, the merchant will receive the funds in typically under a minute, and they have to pay no more than 1.5% as commission.

Monetha’s system is both easy, fast and cheap, compared to the current centralized alternatives. Monetha’s unique service guarantees all parties safety through the Ethereum blockchain and the ability for both parties to give each other ratings, to help improve their reputation.

Despite the presence of a range of payment gateways and processing service providers, merchants continue to face a lot of issues due to multiple steps (up to 15 steps at times) involved in the process, starting from setting up to settlements. Also, the transaction and services fees associated with traditional gateways are generally at the higher end. Merchants usually end up paying anywhere between 2% and 6% per transaction. Whereas, the Monetha service involves a single step and costs a fixed transaction fee of 1.5%.

Monetha also offers an added advantage in terms of processing time, which might vary with conventional payments solution providers. The waiting times for processing payments on standard gateways range from minutes to hours or even days. They also come with complex claim and chargeback procedures which could prove costly to the merchants. Meanwhile, payment processing on Ethereum blockchain is 10,000 times faster at 20% the price.

Monetha Co-Founder and Head of Technology Andrej Ruckij summing up what Monetha means to merchants said,

“With no centralized Authority, it’s literally like a merchant becoming his own bank.”

Monetha’s mission is to become a strong force in the global commerce, offering a reliable, transparent and decentralized payment gateway to all users worldwide.

Launching in January 2017 Monetha has a  meticulously thought out roadmap leading to 2019 when its services aim to reach full maturity. Currently, in phase two, Monetha has already put together a capable team, finished strategizing and gone through comprehensive prototyping. The phase three in the company’s timeline involves the launch of its token sale, starting 22nd of August 2017, which they believe will be a significant step towards turning the minimum viable product into a finished product.

Monetha’s decentralized trust and reputation system takes every facet of traditional e-commerce and retail and improves on it. With their groundbreaking, unique service and a successful ICO Monetha has the potential to revolutionize the way payment systems function around the world.

Monetha is the source of this content. This press release is for informational purposes only and should not be viewed as an endorsement by CoinIdol. We take no responsibility and give no guarantees, warranties or representations, implied or otherwise, for the content or accuracy.  Readers should do their own research before investing funds in any company.

Tags
Blockchain Ethereum Payment ICO Startup Trust Decentralization Service Transaction
Most Popular
May 08, 2021 at 11:25
News
There is Fire in the Cryptocurrency Market As Dogecoin Could Be the Next Big Thing
May 08, 2021 at 10:26
News
Polkadot Attempts to Breach $40 Resistance, Lacks Buyers at Higher Price Levels
May 08, 2021 at 09:39
News
Ethereum Continues Its Bullish Run As It Attempts to Jump Over $3,750 High
May 07, 2021 at 12:43
News
Ripple Faces Stiff Resistance at $1.70 High as Bears Attempt to Sink XRP to $1.00 Low
May 07, 2021 at 10:39
News
Revolut Users Will Gain Stronger Control of Their Bitcoins with New Withdrawal Feature
More