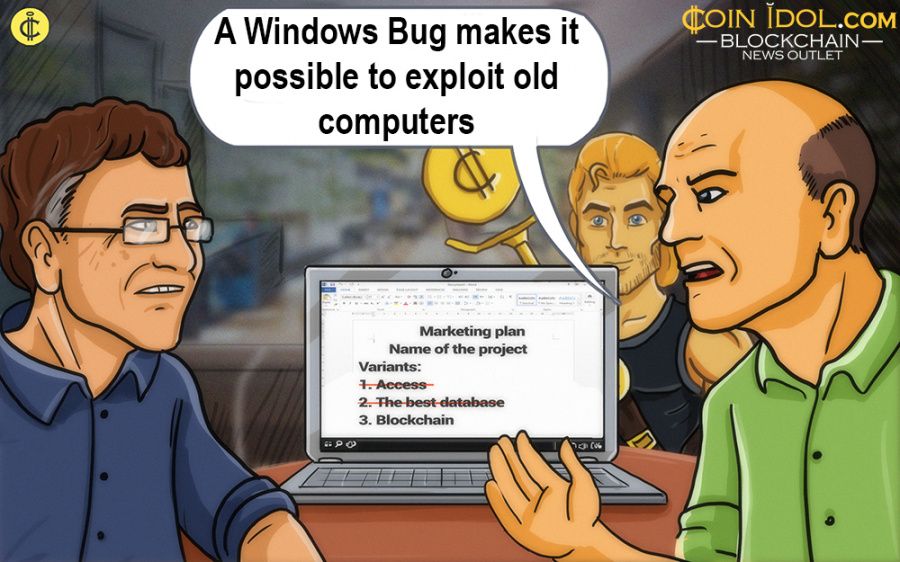 A bug on old windows computers exposes vulnerabilities that hackers could use to remotely mine cryptocurrency. More than 700k computers around the world are at risk of being used to mine bitcoin without the owners’ knowledge. A recent reports pins people using Windows 7 and below as being at risk.

Old Windows Users at Risk of being Exploited

According to a recent report there is an active vulnerability on older windows operating systems. The threat became more visible due to the improved capabilities hackers developed over the years. Currently there are complex methods of installing cryptocurrency mining software on user computers remotely.

The Vulnerability which has been tagged BlueKeep vulnerability was discovered in May of  this year. The vulnerability allows hackers to use the Microsoft’s Remote Desktop Protocol to bring in malicious codes into the user computer. Once a cryptocurrency mining code is attached into the computer system, the machine can mine a coins for a remote user.

At the moment, Microsoft has released a security update that fixes the problem. However for older windows users who fail the download the update, the threat remains active. Currently hackers can leverage more than 700,000 window PCs to main cryptocurrency. It is not yet known how many computers are already being used maliciously.

Could this be the Only Windows Bug?

Obviously there could be hundreds of other windows bugs that expose users to risks. In the past computer experts discovered many of such bugs and fixed them. According to reports, hackers use software to specifically find the computers bearing these vulnerabilities. Once the victim computer is identified, the hacker can remotely install any code he intends.

On the other hand malwares that are not detected by the computer antivirus could do the computer a lot of harm. Hackers can still credit card information from users using keyloggers and screen mirroring codes. In some cases hackers take over user computer and demand for a cryptocurrency ranson in order for the user to gain back access.

According to computer experts, most users ignore vital system updates keeping them at high risk of attack. Although in the meantime mining cryptocurrency seems like to most lucrative motivation for hackers, other vital infrastructures are also at risk. Nuclear facilities, health care, transport and communication infrastructures remain at high risk of such attacks.