Microsoft Taiwan Plans to Use Blockchain Technology in its New Enterprise 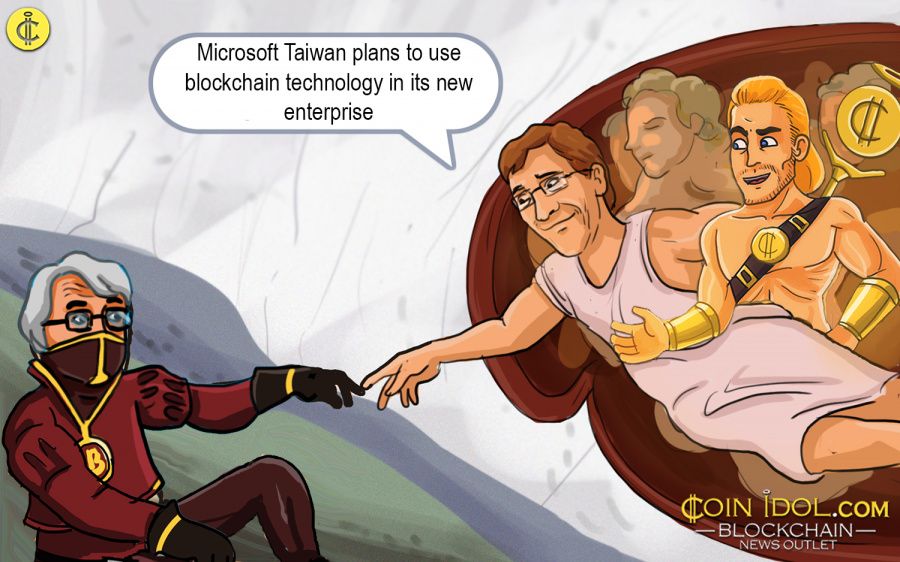 Microsoft’s subsidiary in Taiwan is considering a partnership with two Asian firms, aiming to improve all aspects of the current financial market. The newly-born union hopes to create a strong blockchain industry and infrastructure in China. E-commerce, finance, and entertainment are the first industries to be developed.

Microsoft Taiwan revealed a joint effort with two companies, the provider of cloud management Hot Cool and the provider of IT services Digital China, to create a variety of solutions based on the blockchain tech that will be aimed at improving work in the areas of e-commerce, finance, entertainment, as well as other industries.

The collaboration was presented on June 28 in Taipei City during an official conference at the hotel called Le Méridien.

How Will It Work?

Although the specific details of the partnership’s objectives have not yet been announced, the initiative is expected to include the integration of the capabilities of the Microsoft Azure Workbench (a cloud computing and blockchain platform), a managed service provider from Hot Cool and Digital DADA services from Digital China.

As it was noted, the Workbench will operate as an already existing network and infrastructure for developers of fintech projects, offering an SQL database, a key vault, and the Azure Active Directory. Sun Yutao, the founder of Digital China, supposes that the Workbench has the potential to accelerate significantly the development of the blockchain infrastructure in China as a whole.

Wu Jiefu, General Manager of Hot Cool, says he believes that cooperation will help the company to provide access cloud computing services as easy as main human needs such as water and electricity are supplied.

Sun Jikang, General Manager of Microsoft Taiwan, also said that Taiwan's global positioning as a financial technology center made it a brilliant place to establish a partnership.

“The innovative ability of Taiwan, which offers first-class engineering and technical talents, cannot be underestimated,” he declared. “Taiwan also has a solid manufacturing and R&D foundation, in addition to an excellent geographical location that supports the development of blockchain applications.”