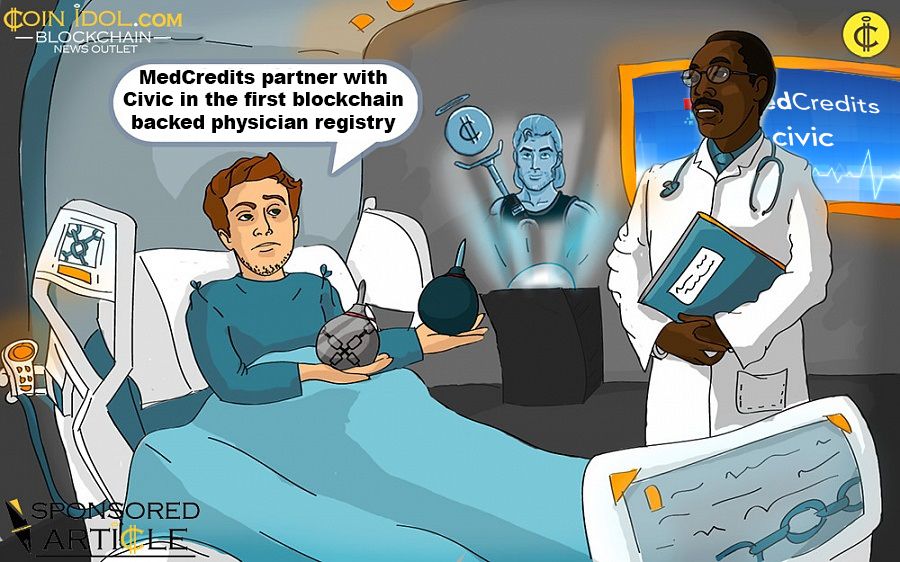 MedCredits, a Decentralized healthcare startup have announced a partnership with the first blockchain-powered physician registry, Civic.

Civic credits itself as one of the leading blockchain identity verification providers. With the MedCredits project based in the Cayman Islands, founders aim to release the first decentralized public registry of physicians accessible through an international network of healthcare apps. Civic’s input consists of applying cutting-edge ID verification and KYC technology, providing credibility to the concept of self-sovereign identity on the blockchain. The partnership with Civic has been crucial for MedCredits to meet their objective of establishing a trusted identity layer to physician credentialing.

The partnership between Civic and MedCredits has the capability to reduce costs and inefficiencies that hamper professional credentialing while creating a globally shared pool of licensed physicians that allows healthcare apps to work in greater synergy. 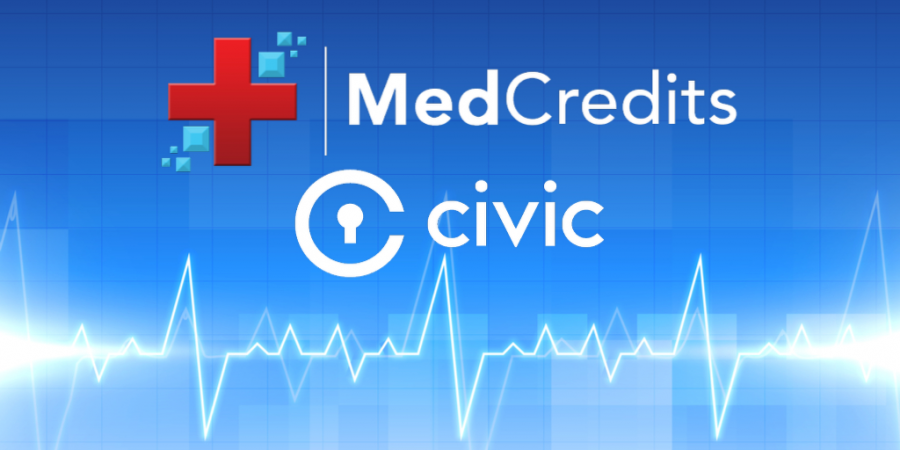 Dr. Moshe Praver, COO of MedCredits, has described the collaboration as having the potential for enormous impact on the health industry. Praver strongly believes that Token-Curated Registries can become the prime use of blockchain technology, while proudly stating his project as the first chance for the token economy to create a decentralized registry of professionals. As Praver has stated, the aim of the MedCredits project is to be the foundational layer of any healthcare app that seeks a pool of doctors, through their first decentralized registry of licensed physicians.

In a recent statement, Civic CEO Vinny Lingham illustrated the collaboration as a significant milestone for the Civic ecosystem. Lingham noted Civic’s intention is to provide both secure and low-cost access to identity services across the healthcare sector. One of the most appealing services that Civic provides the MedCredits platform lies in the security assurance of physicians. Through Civic, all registered physicians are guaranteed as the verified owners of all documents provided, while simultaneously preventing any form of identity theft or forgery on the network.

MedCredits is the first decentralized healthcare platform, working to connect patients and healthcare professionals for medical services on an international scale. The Token-Curated Registry (TCR) of physicians allows the MedCredits network to create a free-market ecosystem. This has the benefits of providing more affordable and efficient healthcare through apps than that currently offered.

The first software 'Hippocrates' is a user-friendly app released last year in December 2017. The app uses MedCredits’ TCR to connect patients with dermatologists that can meet their needs. MedCredits believe the services Hippocrates offer is both more efficient and cheaper for the user than others available.

Civic describe themselves as a visionary blockchain identity-verification technology. The software allows consumers to authorize the use of their identities on platforms in real time. They are spearheading the development of an ecosystem that is designed to facilitate on-demand, secure, and low-cost access to identity-verification services via the blockchain. A new addition to the Civic project is the Civic token, used by participants to provide and receive identity-verification-related services. $33 million worth of tokens were sold during the token sale event in June 2017.