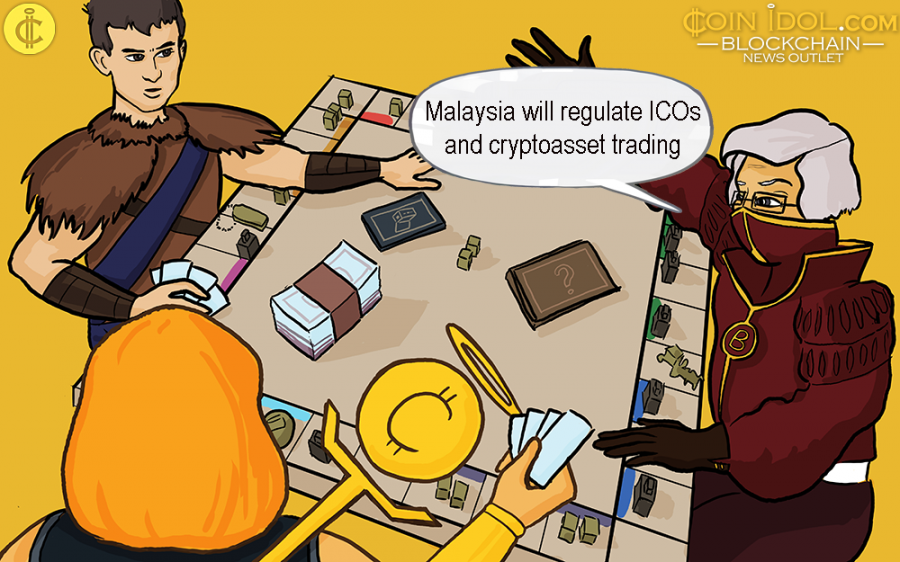 The government of Malaysia will regulate initial coin offerings (ICOs) and cryptoasset trading, according to what the minister of finance said on January 14.

According to a January 14 report by The Star, an online Malaysian news outlet, Cryptos, along with tokens and all cryptocurrency-related assets, will have a totally separate classification.

From the statement by the Malaysian Finance Minister, Lim Guan Eng, rolling out unauthorized ICOs or taking part in the exchange of digital assets could lead to a one-decade jail term and a $2.4 million USD fine.

The order, which will recognize cryptocurrencies and tokens as securities, will be implemented on Tuesday, January 15, 2018, by the Securities Commission Malaysia.

“The Ministry of Finance (MOF) views cryptos, as well as its underlying distributed ledger technologies, as having the capacity to bring about innovation in both old and new industries,” Lim Guan said.

“In particular, we believe cryptos have a role to play as an option fundraising avenue for entrepreneurs and new businesses, and an alternate asset class for potential investors.”

According to the report by Reuters, the Securities Commission is due to establish a framework before the second quarter of 2019 starts, setting up the connected regulatory demands for the issuance of ICOs and the trading of cryptos at crypto exchanges in the country, according to the finance minister.

The news follows the Malaysian central bank and its finance regulator releasing a joint statement last month, indicating that they will be formulating legislation relating to cryptocurrencies.

In Sept 2017, the governor of the central bank of Malaysia said he would issue guidance on the use & regulation of digital currencies in the nation before 2017 comes to an end.

In November 2017, officials from the central bank said that Malaysia was halfway finished formulating a framework regulating cryptos. Nevertheless, just a week ago, the Malaysian government was supposedly on the fence about whether to legalize and legitimatize digital currency use in the nation.

However, according to a report by Coinidol, in November last year, the Ministry of Education (MoE) was using blockchain to combat degree fraud to maintain the reputation & ethics of universities in the nation and globally. Remember, Malaysia is ranked among the first 5 Asian countries with the best educational institutions.