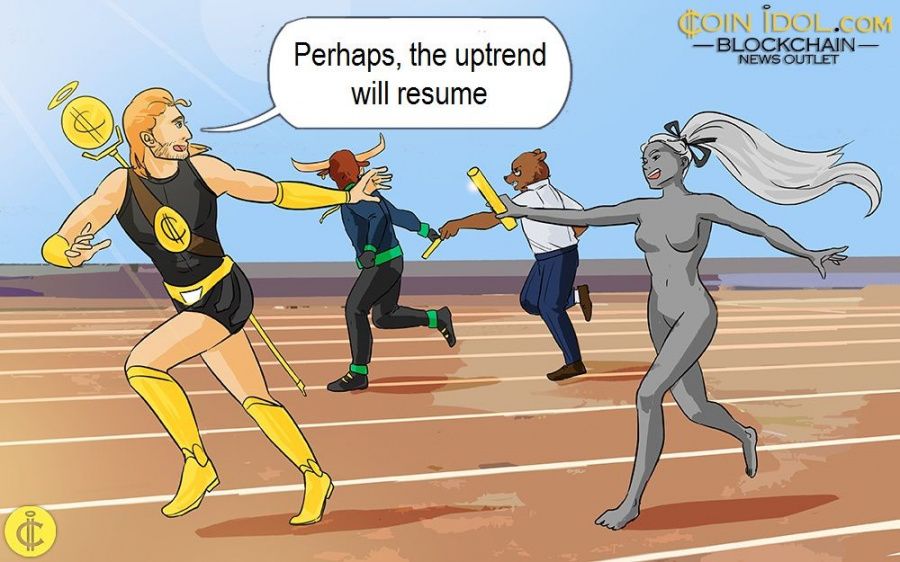 Litecoin (LTC) has continued its rallies as bulls broke above the previous peak price of $82. Initially, the LTC price was making a series of higher highs and higher lows.

Also, the upward move was temporarily halted at the $84 high as the bears pushed LTC to $80 support on November 22. However, after the correction, the bulls broke the $84 resistance to push the LTC rally to a $90 high. On the upside, if buyers can push LTC above $90, the coin will rally above $100 high.

Perhaps, the uptrend will resume. However, if buyers fail to resume the upside momentum, LTC will be compelled to a sideways move for a few days. This may be caused by the formation of a Doji candlestick in today’s candle formation. Today’s candlestick  has a long wick. It indicates that there is strong selling pressure at higher levels. Similarly, on November 22, the $80 support was holding because of the formation of a candlestick with a long tail. The long tail indicates that there is strong buying pressure at lower levels of price. In a nutshell, the altcoin may be range-bound between $80 and $90.

The recent price surge has broken above the resistance line of the ascending channel. It indicates that the coin will continue its upward move. The crypto is also in a strong bullish momentum. This is in view of the daily stochastic indicating price at the overbought region. 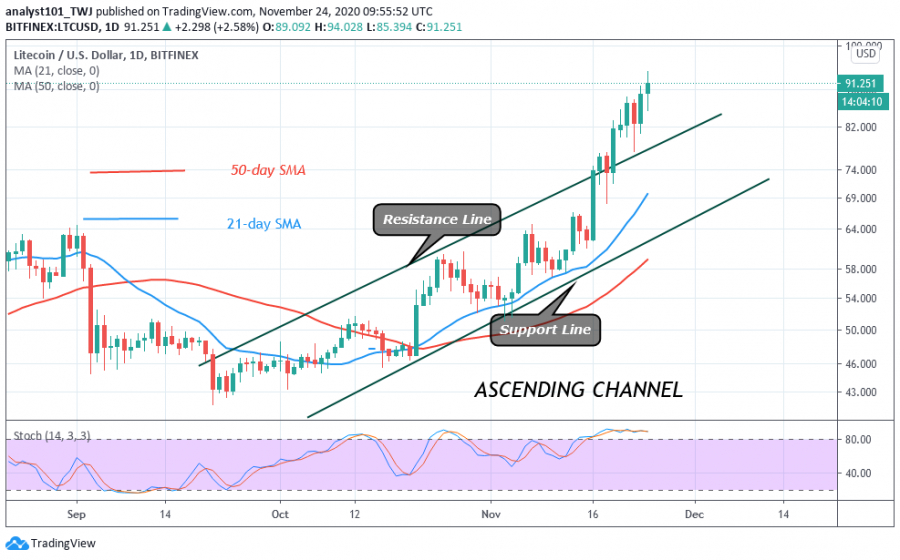 What Is the Next Move for Litecoin?

Presently, LTC price has surpassed the projected price level of the Fibonacci tool analysis. The price action has indicated that the coin has risen to a high of $90. Meanwhile, the retraced candle body on October 31 tested the 61.8% Fibonacci retracement level. This retracement implies that Litecoin will rise and reach level 1.618 Fibonacci extensions. That is, the altcoin will reach a high of $70. Presently, the price action has surpassed this level. 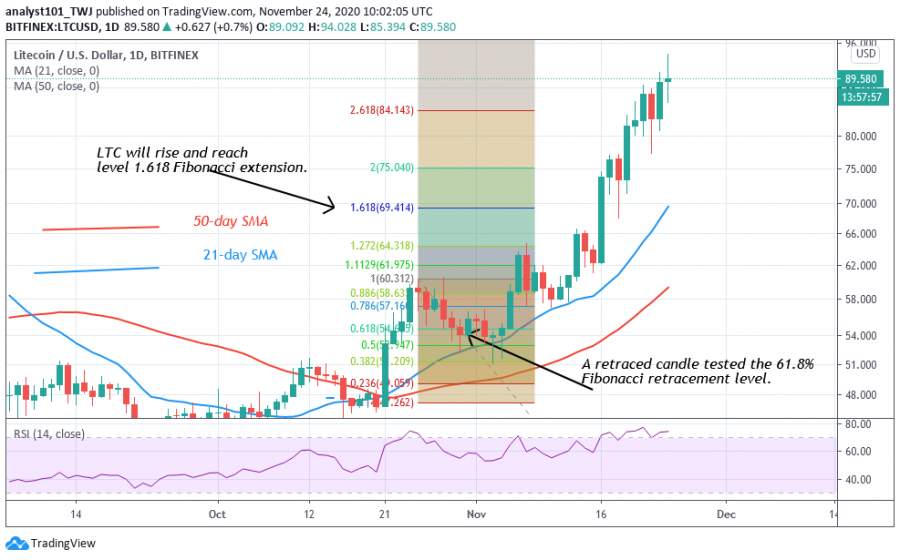