Lombardy Plans to Use Blockchain for Waste Traceability 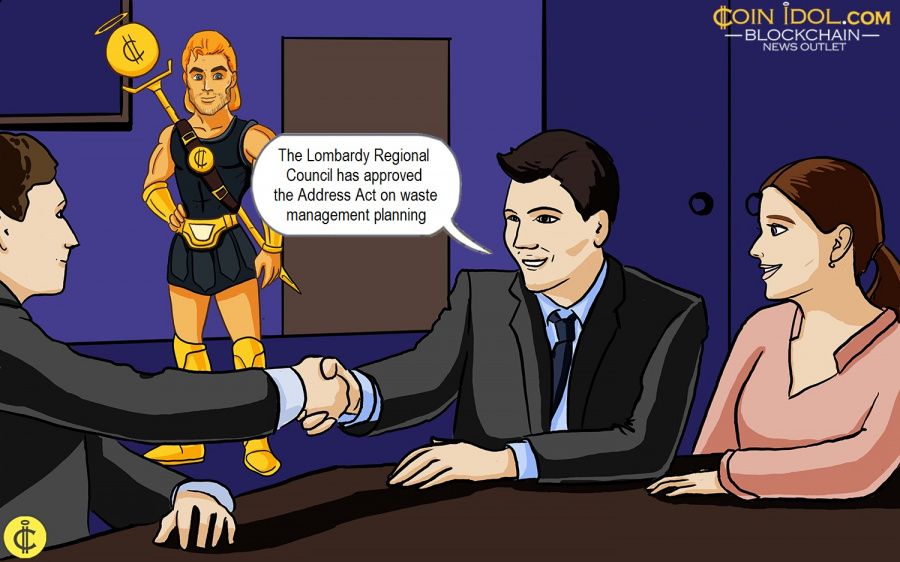 The Lombardy Regional Council has approved the Address Act on the planning of waste management and remediation in recent days. A plan that aims to overcome the very idea of rejection, instead espousing the logic of the circular economy.

In particular, during the approval of the Plan, an amendment of the Lombardy M5S was voted on to evaluate the adoption of "guaranteed, transparent, public and immutable traceability procedures of the waste chain with the use of a new technology, the Blockchain and distributed ledger tech (DLT)".

The main objective is to ensure traceability to help counter the phenomenon of waste burning and management, very often they are unfortunately linked to corruption and mafia infiltration. As coinidol.com, world blockchain news outlet, previously reported on the Lombardy region, there has been discussion of the possibility of concretely introducing the Blockchain technology, for example to ensure greater traceability of the Agrifood supply chain, so as to enhance the production of the territory.

The region also plans to have its own effective network that uses the Blockchain and DLT for tracking and traceability of the food supply chain. And this was the aim of the draft law presented in the Lombardy region by the Regional Councillor Marco Degli Angels (M5S). The idea is to create an open digital platform, supporting the region's Agrifood excellence in a logic of transparency, security and trust. On the issues of tracking and traceability, the competitiveness of regional products is played out, which therefore acquires greater recognisability, and greater confidence on the part of consumers, also reassured with respect to the veracity of bio denominations or zero kilometer. The region also uses blockchain to reduce bureaucracy. It also adopted DLT in public administration processes, and it is looking forward to becoming a giant in cryptocurrency activities.

The Blockchain for Sicilian Red Oranges and Olive Oil

Another case is the Sicilian red orange supply chain with the involvement of a major consortium and a focus on the relationship between the physical world and the digital world mediated by the blockchain. Another area is the supply chain of oil and table olives that are part of the national heritage. This process has also been implemented on oil. In particular, Menesatti recalls a survey of 700-800 people where they were proposed to choose from 4 different technological options that were intended to ensure a greater guarantee at the level of certification of the data supply chain and 48% of people preferred the solution related to blockchain.

But blockchain is not only about certification, it can also be supportive in managing resources in general and process efficiency more specifically, as in the case of document management or as an additional support to address sustainability issues. It should be considered that agriculture is the main culprit in the emission of greenhouse gases in the world and the possibility of also tracking the emissions of machines and cultivation systems to enhance the most efficient ones through a rewarding mechanism can bring social advantages, without penalizing companies and allows to direct operators towards greater efficiency.